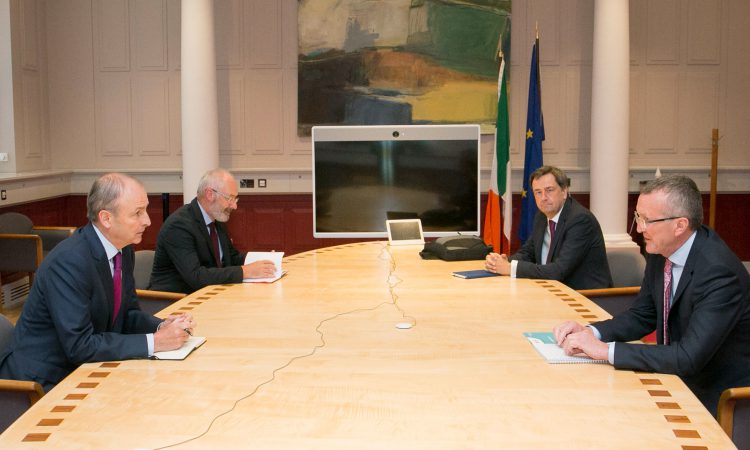 The president of the Irish Farmers’ Association (IFA) has met with the Taoiseach (and acting Minister for Agriculture, Food and the Marine) Micheál Martin.

“We are very concerned about the disruption caused by the loss of two Ministers for Agriculture since the new government was formed, and reports that a new minister would not be appointed for three weeks,” Cullinan argued.

The Taoiseach confirmed to us this evening that he intends to appoint a new minister next week [when the Dáil is recalled].

“We emphasised the importance of having a minister in place to represent farmers on crucial issues such as CAP [Common Agricultural Policy], Brexit and the national budget in October,” the IFA president said.

Cullinan noted that the outlook on Brexit was “very bleak”, with trade deal talks between the UK and the EU appearing to be going nowhere.

“Irish agriculture has the most to lose from a bad outcome, with over €4 billion worth of food exports going to the UK last year,” he pointed out.

With that in mind, Cullinan highlighted, as other farm organisations have, the role European Commissioner for Trade Phil Hogan could potentially play in Ireland’s trade prospects.

“In this context, we made the point to the Taoiseach that the trade portfolio in the EU Commission is particularly important to Ireland,” Cullinan concluded.

Dáil to be recalled

The Taoiseach has asked the Ceann Comhairle to recall the Dáil early from its recess.

A government statement on Sunday (August 23) said: “The Taoiseach, Tánaiste [Leo Varadkar] and Minister Eamon Ryan [Green Party leader] have agreed that the Dáil should be recalled following the reopening of schools.

“The Taoiseach will make the request to the Ceann Comhairle on Monday,” the statement added.

There had been speculation that a new minister will be appointed when the Dáil meets again.