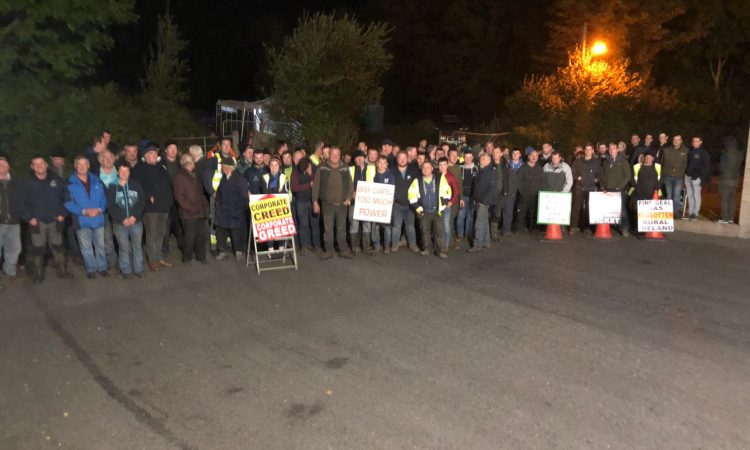 Over 100 people are believed to have taken part in a demonstration outside ABP Clones, in Co. Monaghan last night while another protest resumed outside a meat factory in Co. Meath this morning, Tuesday, September 10.

The protest, at Dawn Meats in Slane, resumed this morning at 4:00am.

This, demonstrators say, is due to an alleged breach in agreement by management where the factory started killing cattle yesterday morning.

The agreement was reached last Thursday, September 5, between the factory and protesters.

At the time, a statement from Dawn Meats outlined: “We were disappointed to find protesters illegally blockading the plant this morning.

“Due to concerns about road safety – given the presence of protesters at the gate – we agreed to divert cattle due to be delivered for processing today [Thursday] and in turn the protesters have allowed the safe exit of lorries to deliver beef to customers.

“The plant was not scheduled to process cattle tomorrow [Friday, September 6],” the statement noted.

Creed urges all parties to engage

Yesterday, Minister for Agriculture Michael Creed called on Meat Industry Ireland (MII) to “make every effort to avoid action that might lead to a further deterioration in relationships”.

Minister Creed was speaking after meat processors decided to pull out of talks that were due to take place today, Monday, September 9, on the beef sector dispute.

He expressed his disappointment in the development, and urged “all parties to engage in a positive way to resolve the current impasse”.

“MII indicated today that it is unwilling to enter talks in circumstances where factory gates continue to be blockaded. Despite this I have made the chairman of the talks available to all parties with a view to determining a basis to get the parties back to the table.” 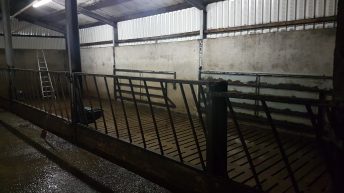