Crop circles have been appearing in fields across the UK over the last number of weeks and no one has come forward to claim responsibility for the elaborate designs.

The latest crop circle has appeared in Reigate Hill, just south of London, and it shows an alien head in the middle of a field of wheat.

Crop circle chasers MrGyro have filmed the alien crop circle from above with a drone and as the footage shows, there’s a serious amount of detail in the design.

Over the weekend, the team at MyGyro were out and about taking pictures of more crop circles in the UK and they got some great shots.

This crop circle was found in a field in Wiltshire and shows an elaborate design in the field. 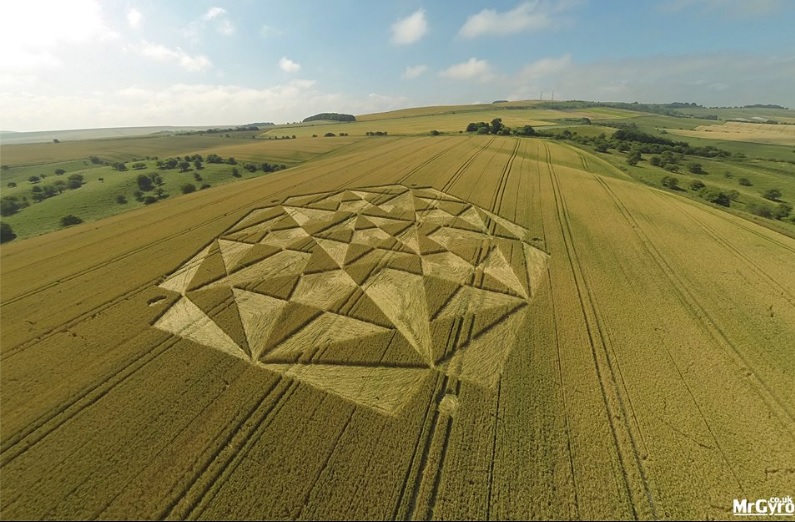 Meanwhile, a crop circle which looks like it has a cat’s face in the middle of it was found near an old ringfort in Figsbury over the weekend. 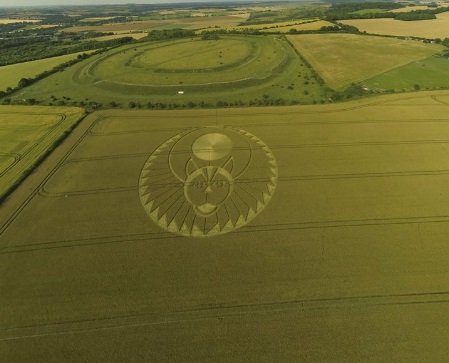 It is understood that no-one has come forward to claim any of these crop circles as their own as of yet and it is not known if it is one group travelling the countryside making the crop circles or if there are several different groups involved.

Crop circles have become common enough in the UK over the past number of years, but who or what creates them remains to be seen.

Commentators have suggested that they are really created by aliens in spaceships however many crop circle researchers say that the vast majority of crop circles are created by pranksters.

Have you ever come across a crop circle in Ireland? Send it in to [email protected]