The Minister for Agriculture, Food and the Marine, Michael Creed, has expressed concerns over how Ireland will precisely define a ‘genuine farmer‘ under looming changes to the Common Agricultural Policy (CAP) beyond 2020.

The phrase ‘genuine farmer’ was coined when the European Commission published its legislative proposals for CAP reform post-2020 last month.

According to the commission, the precise definition of a genuine farmer will be left up to each member state to decide.

It is expected to be subject to a number of factors, including: income tests; labour inputs on the farm; the object clause of businesses; and/or their inclusion in business registers.

In a statement to AgriLand, Minister Creed outlined his concerns over determining an exact definition.

“I welcome the fact that an effort has been made to introduce greater subsidiarity in the proposals. Striking the right balance is difficult – especially for key policy that is common across the European Union, and also because of the complex nature of the CAP.

“In the main, Ireland considers that the commission has struck a reasonable balance,” he said.

However, he warns that the details warrant further scrutiny – adding that his department will be engaging closely with the commission on a number of issues.

Ultimately, we will be judged on how simple we make this for farmers.

“I appreciate that member states have their own obligations in this regard, but we must work to ensure that nothing in the Council Regulation – or in the way it may be interpreted post factum, when accounts are cleared or member states are audited – gives rise to avoidable complexity.

“There are a number areas where member states are given some latitude, but where their discretion is closely circumscribed by the text,” he said.

The minister points to his reservations over defining a ‘genuine farmer‘ in Ireland.

“I very much appreciate that the commission has worked hard to develop a definition within which member states can work. During the last reform, this was among the most difficult issues.

I fear that the definition proposed – and the prospect of income tests or an assessment of labour inputs on farm – will lead to significant operational difficulties and further complication, rather than simplification.

He suggests that in order to “best manage” the issue of subsidiarity, he believes a careful balance between compulsory and voluntary measures would allow a better consideration of local issues in Ireland.

“An example where this might be considered is with regard to new mandatory rules relating to the operation of degressivity,” the minister said.

Under the proposals, direct payments across the EU are to be capped at €60,000. Member states, should they so wish, can then exercise an option to pay degressive payments up to €100,000.

The proposed reduction in payments will breakdown as follows:

Continuing, Minister Creed said: “Our view is that the mandatory requirement to subtract the salaries of the farmer – including taxes and social contributions, and the value of unpaid labour – would create a significant administrative burden, at a time when member states are struggling to issue large numbers of payments to farmers.

A voluntary option to deduct such sums might allow member states to make the appropriate local choice.

For member states, he says, the governance system must be “as simple as possible”.

“The CAP strategic plans need to be tightly kept to the ‘need to know’ rather than the ‘nice to know’. Why spend time considering needs that are not going to be addressed by the funding in the plans? 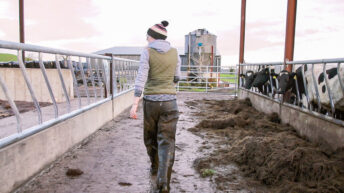 Genuine farmer definition ‘not a satisfactory one’