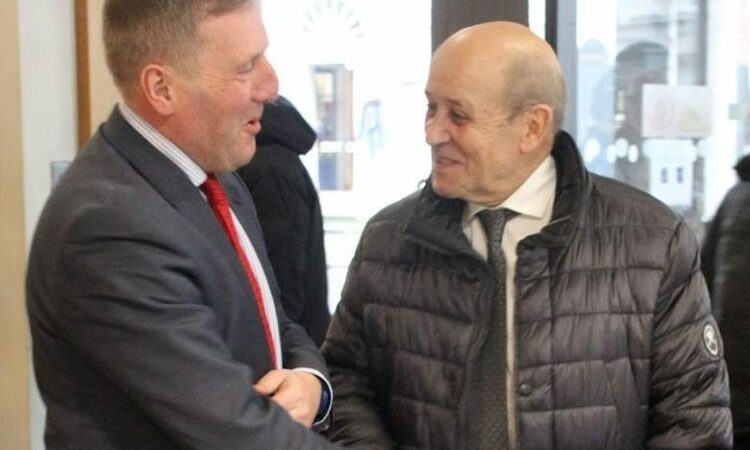 Assurances have been sought from the French authorities in relation to Irish exporters by Minister for Agriculture, Food and the Marine Michael Creed.

The minister met with Jean-Yves Le Drian, French Minister for Europe and Foreign Affairs, yesterday (Tuesday, February 20) to initially discuss and share concerns about the potential serious impacts for Irish and French fishing fleets if they were excluded from UK waters in a “no-deal” Brexit situation.

At the meeting Minister Creed raised the issue of Irish exporters’ use of the UK land-bridge and sought assurances that Irish exporters would not be disadvantaged due to the transit of goods via the UK.

The issue of maximising opportunities for live cattle exports was also raised by Minister Creed with specific reference to the provision of facilities in France for use by exporters.

The French minister committed to raising the issue with its regional authority in response to Minister Creed’s request.

The issue of lairage facilities was also raised at the Oireachtas Joint Committee for Agriculture, Food and the Marine yesterday.

Quizzed on the issue, assistant secretary general at the Department of Agriculture Sinead McPhilips said calf lairage facilities “is an issue for the exporters rather than for the department”.

The department’s focus is on ensuring the highest standards of animal welfare – because unless those standards are maintained, there will be no live export trade.

The official promised that she would ask colleagues in the department for an update on the matter in light of increased urgency.