The Minister of Agriculture, Food and the Marine was fielding questions from ICMSA members, when the association’s Livestock Committee chairman, Des Morrison, asked him about his department’s performance in securing markets for Irish live cattle exports.

“The department, or Bord Bia, I don’t know which, seems to be on a go-slow as regards to exporting livestock,” accused Morrison.

In particular, Morrison was aggrieved by an apparent lack of export certificates for Algeria, as well as lost opportunities for trade in Kazakhstan.

However, Creed rebuked the criticism, pointing out that live exports have risen in consecutive years.

Creed pointed to delays on the part of the Algerian authorities as the reason for export certificates not being issued for the North African country.

On Kazakhstan, he said: “It’s not the case that we are dragging our feet in Kazakhstan. There is some potential there, I would suspect somewhere around the area of breeding stock, but it is limited.”

Creed also argued strongly that exporters here needed to observe the agreed-to standards for live exports, in order for Irish sales to be looked upon favourably.

It is nothing short of treachery if the terms and conditions that are obligatory for the trade to be facilitated are breached by exporters.

“This industry is more important to us than anybody else. Other countries will say ‘how can we facilitate this [if regulations are not observed]?” he added. 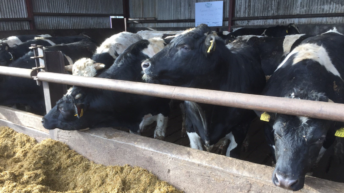