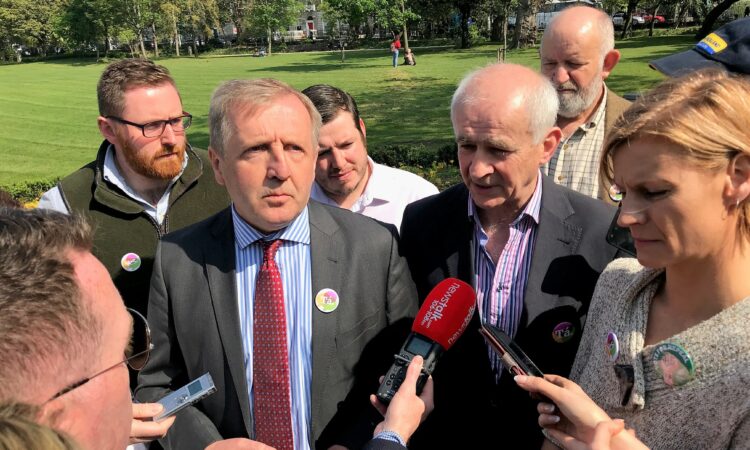 Minister for Agriculture, Food and the Marine Michael Creed has been out canvassing ahead of the referendum on whether to repeal the Eighth Amendment – taking place this Friday, May 25.

Speaking in Merrion Park in Dublin, Minister Creed highlighted that, throughout his almost 30 years in political life, Article 43.3 of the constitution has continuously dominated debate in Ireland.

In recent weeks and months, it should also be noted that a significant number of rural-based TDs have also expressed strong intentions to vote ‘no’ in the upcoming referendum.

Minister Creed said: “For the first time on Friday many people under the age of 50 will be given the first democratic opportunity to cast their opinion on the Eighth Amendment.

We’ve seen over the last several weeks that civil society in Ireland has mobilised on this issue – on both sides.

“What we are witnessing here is the agricultural and farm community of rural Ireland coming together and expressing an opinion collectively in favour of change; in favour of deleting Article 43.3.

“My own journey on this is, having watched all the debates and campaigns, it’s abundantly clear to me that the ‘blue book’ – in terms of the constitution – has no role to play in terms of medical care for women going through pregnancy.

“That is best left to women and their caring physicians, doctors, GPs, gynaecologists and consultants.

“It’s time we trusted women and their doctors to proceed with the appropriate care for women during pregnancy, and during difficult pregnancy, without Article 43.3 hanging over them. 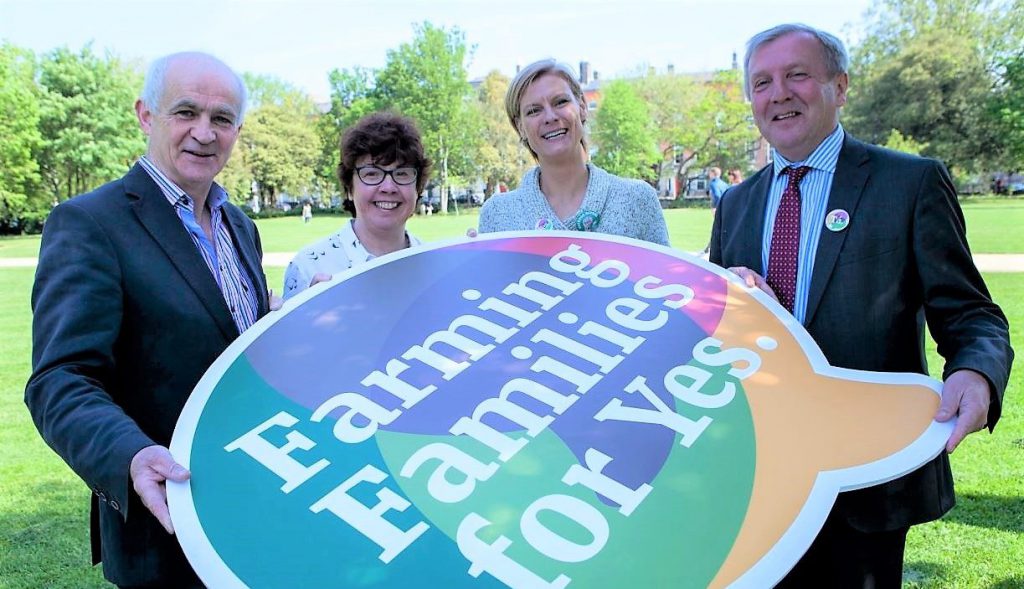 When asked about his previous reservations to the Government’s proposal to legislate for unrestricted abortions up to 12 weeks into a pregnancy, the minister stated: “The issue around the 12 weeks is a redundant issue if we don’t clear the hurdle on Friday.

“I’d be quite happy to talk about that issue after Friday; but, at this stage, my motivation is to make sure that we reach a situation where the legislature is asked to deal with the issue around legislation.

We need a clear message today that if you want change you have to vote ‘yes’. The degree of that change will be determined by the collective wisdom of all of the Oireachtas, Dail and Seanad at a future date.

“But it will not happen at all if the Eighth Amendment is not deleted,” he said.

Advertisement
Also Read: ‘Traditional values of rural Ireland are being wiped out by a liberal crusade’

Former IFA president and Meath farmer Eddie Downey said: “This is a very difficult and emotive subject for the whole country and we are about to take a major step forward in caring for our women, and in dealing with a very difficult situation.

“I think the minister is right when he says that the constitution has ‘no place’ in this. If we don’t remove this article what we do is, we end up in a situation where we remain as we have been for the last 35 years – and really we can’t continue to treat women in this manner.

We can’t continue to export this problem outside this country; we need to bring it home and deal with it at home.

“If we have it at home, there will be proper consultation for someone in a crisis pregnancy or in a difficult situation. We can give more options and provide better care at home,” he said.

Laois dairy farmer and author Lorna Sixsmith said: “As a farmer I think it’s not right that my cows can get better healthcare and more compassion from me, my husband, our family and our vet, than pregnant women who are in crisis can get in Ireland.

“I know that many, many other farmers feel exactly the same. Women need better healthcare; they need an Ireland that puts them first.”

A ‘yes’ vote on Friday will not change anything for the woman who is morally or spiritually attached to continuing with her pregnancy.

“It will not change her healthcare; but it will make all the difference to the woman who is in a dire predicament because of a pregnancy. It will give her comfort and solace so she can go through with all the support she deserves.” 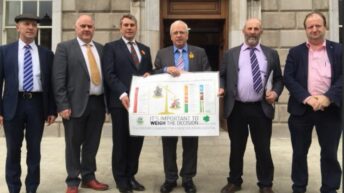