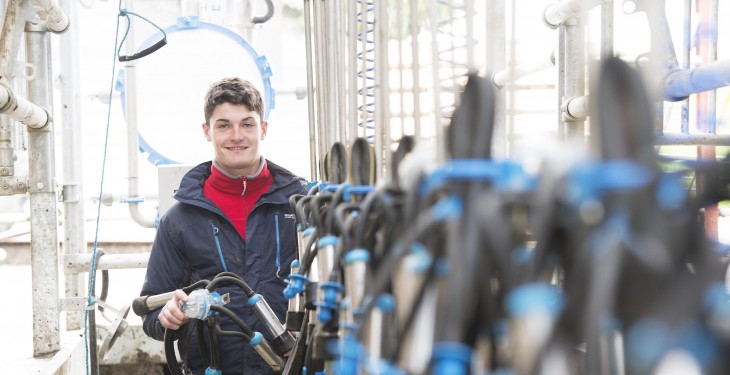 Access to land is often cited as the limiting factor or barrier to expansion and growth for farmers but, according to Kevin Moran, access to credit is the real issue.

Speaking at Macra na Feime’s Young Farmer Conference in Cork recently the 2013 Teagasc Student of the Year and 2015 Nuffield Scholar said access to land isn’t as big of an issue as some farmers suggest.

“Land I don’t see as being that much of a barrier. There has been great work done around the tax inefficiencies of land leasing.

“There is huge opportunity in the west, particularly west of the Shannon, the big issue I see from my experience is getting credit without collateral.

Banks are not willing to work with you, it will be a big issue going forward.

According to the Galway-based dairy farmer, banks are the problem and the way banking is organised must change.

“I think our banks are problematic at the minute, 70% loan to value just doesn’t work when you are a young farmer starting out.

“Over the last 40 years other than ATMs and online banking I am not sure what innovations banks have shown. We need to think outside of the box when it comes to funding,” he said.

The 2015 Nuffield Scholar added that the current banking system is not working and farmers should consider alternative methods of financing their farm businesses.

“Banking is not working out and we need to think outside the box when it comes to funding. We need more private funding, he said.

Moran, who is a relatively new dairy farmer, first started milking in 2013 but found accessing finance very difficult when he first started in his farming career.

“I leased a farm off my uncle in Co. Galway, getting credit was very difficult as I was going to purchase stock and I had no collateral.

I got refused nine times, but I got lucky with the tenth business plan.

The Mountbellew Agricultural College Graduate and 2015 Nuffield Scholar has since leased another farm which will allow him to calve 210 cows next spring with plans to grow to 270 cows organically.

According to Moran, farmers tend to suffer from farmers guilt, but it was important for his farming business that he spent the correct amount of time working in the right areas.

I try to maintain a work-life balance, it just comes done to being organised.

“Then there is farmer’s guilt, we feel we should be giving every working hour to the farm, I am probably guilty of that, and it’s something I need to work at.

“But we are business people, it is no different than working on the high street, said Moran.

He added that farmers are very lucky as most of their achievements are tangible as they can walk around the farm and see the results.

Moran also highlighted the importance of halving a good mentor and the impact that had on his farm business.

“I had a fantastic mentor in the form of Timmy Quinn the former young farmer of the year. I carried out 12 weeks work placement with Timmy, but the important thing was it didn’t stop there.

“He looked out for me after it and got me into discussion groups, I owe a lot to him.” 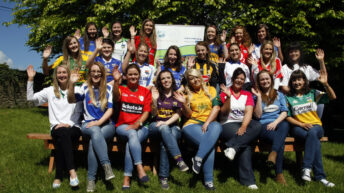