The trials carried out on winter wheat were an important stop for many at the Irish Seed Trade Association (ISTA) open day held at the Department of Agriculture’s variety testing centre at Backweston, Co. Kildare, on Tuesday, June 25.

As most will be aware, Septoria is a critical disease of wheat and with the loss of chlorothalonil next season – as well as the ever declining chemical tool box and build up of resistance to chemistry – growers are wondering how to combat the problem.

The solution is no longer in the chemical can – variety choice and sowing date are essential factors moving forward and form a central part to an integrated pest management strategy. 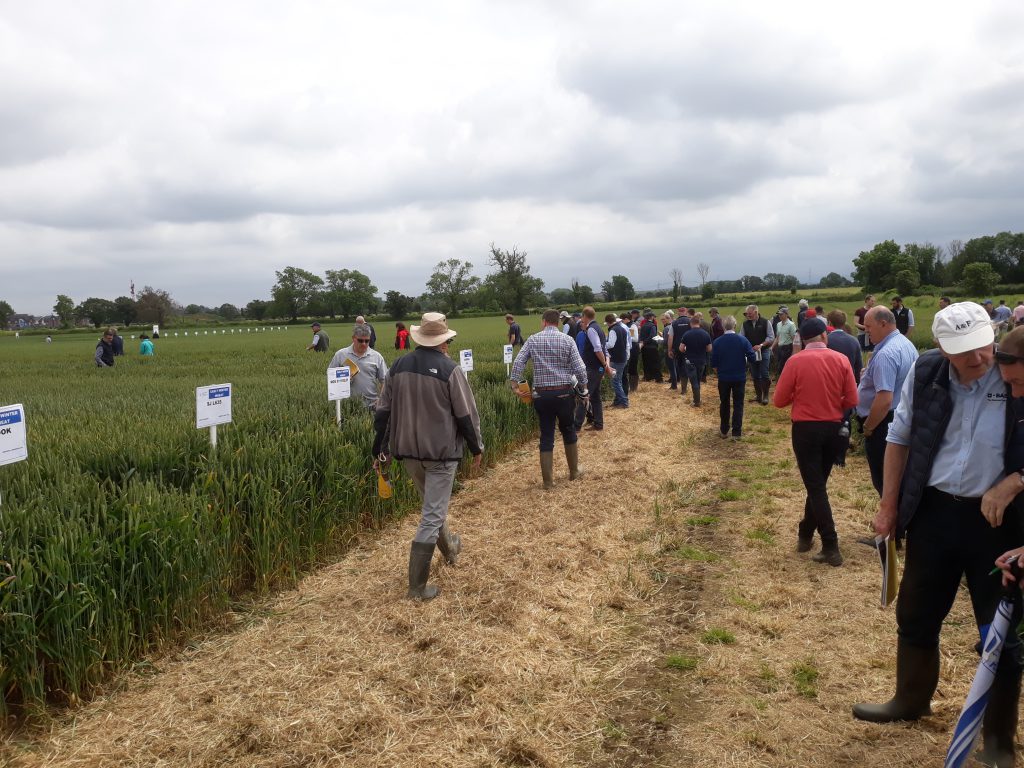 Some of the large crowd in attendance at the ISTA’s open day at the department’s farm in Backweston, Co. Kildare

Untreated plots aren’t a new phenomenon, but do provide an essential test of a variety. Attendees to the open day had a chance to look at early and late-sown trials, as well as untreated plots.

The recommended list trial was planted on October 19 and received a full fungicide programme. These plots were also displayed in an untreated scenario, where no fungicide was applied.

A third trial was planted on September 17, 2018, and a higher level of disease was evident in these early-sown plots.

Yellow rust was also a major problem this season and will be on many people’s minds when choosing varieties for the season ahead. Affected varieties such as Garrus and Bennington could not be missed from the trial plots. KWS Donovan was also shown to be susceptible to brown rust at some department trial sites.

Password and KWS Donovan were two wheat varieties which stood out for AgriLand, as well as KWS Scimitar. Graham, which many will have taken note of last season, was also looking green among the untreated plots.

While farmers must look further than yield it does give many a starting point when choosing a variety.

Looking at the yield figures Graham scored 105 for relative yield on the recommended list trial last year. KWS Donovan had a rating of 104. KWS Conros listed at 102 on yield in 2018, while Password and KWS Scimitar were both on 101.

A picture paints a thousand words and the images below will give an idea of how these varieties were performing in the field. 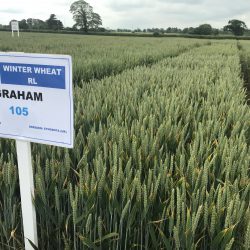 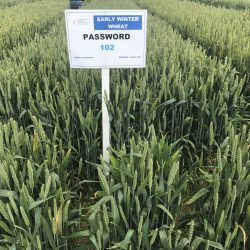 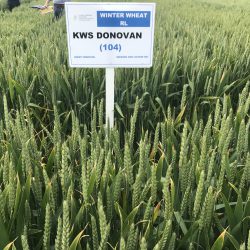 The shots below show Password, Graham and KWS Conros (all planted on October 17) in an untreated situation. 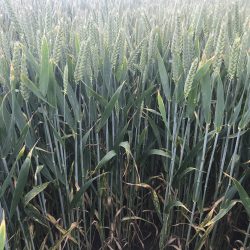 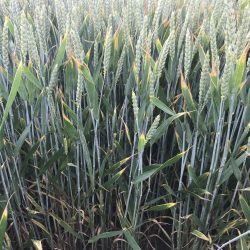 Untreated Graham which was planted on October 17 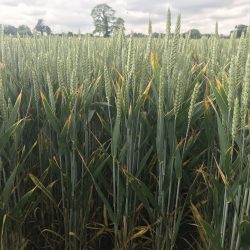 Untreated KWS Conros which was planted on October 17

The treated plots in the recommended list trial – sown on October 19 – received a fungicide programme including:

Treated Password, KWS Donovan and KWS Conros sown on October 17 can be seen in the pictures below. 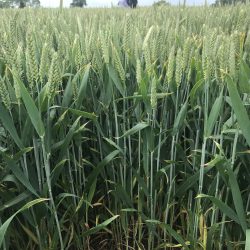 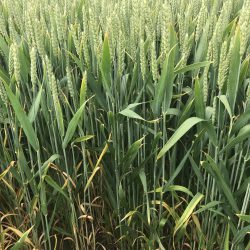 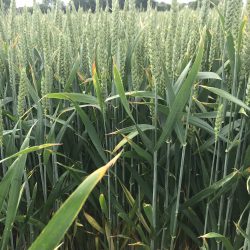 The treated plots in the recommended list trial – sown on September 17 – received a fungicide programme including: 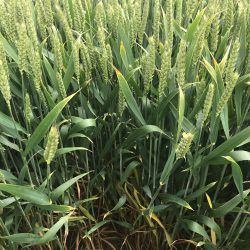 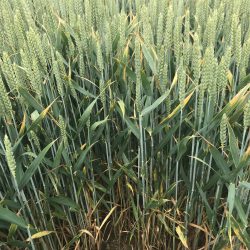 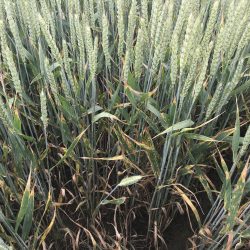