There has been a noticeable improvement in the cow trade with R grade cull cow prices improving by 5-10c/kg in recent days.

Procurement managers, actively involved in the cow trade, are offering 330-335c/kg for well fleshed R grade cows, while non-specialised buyers are working off a base price of 320-325c/kg.

Plainer dairy-type cow prices have also seen a price rise with many buyers starting negotiations for O and P grade cows at 300-305c/kg and 280-290c/kg respectively.

Buyers have stepped up their activity throughout marts in a bid to secure stock, with many marts seeing a strong trade for cows over the weekend.

Tighter supplies of manufacturing beef across the European Union has been cited for the improvement seen in cow prices in recent days.

However, the proposed dairy cull in the Netherlands could see additional manufacturing beef come on stream in the EU market and it may have a negative impact on price throughout 2017. 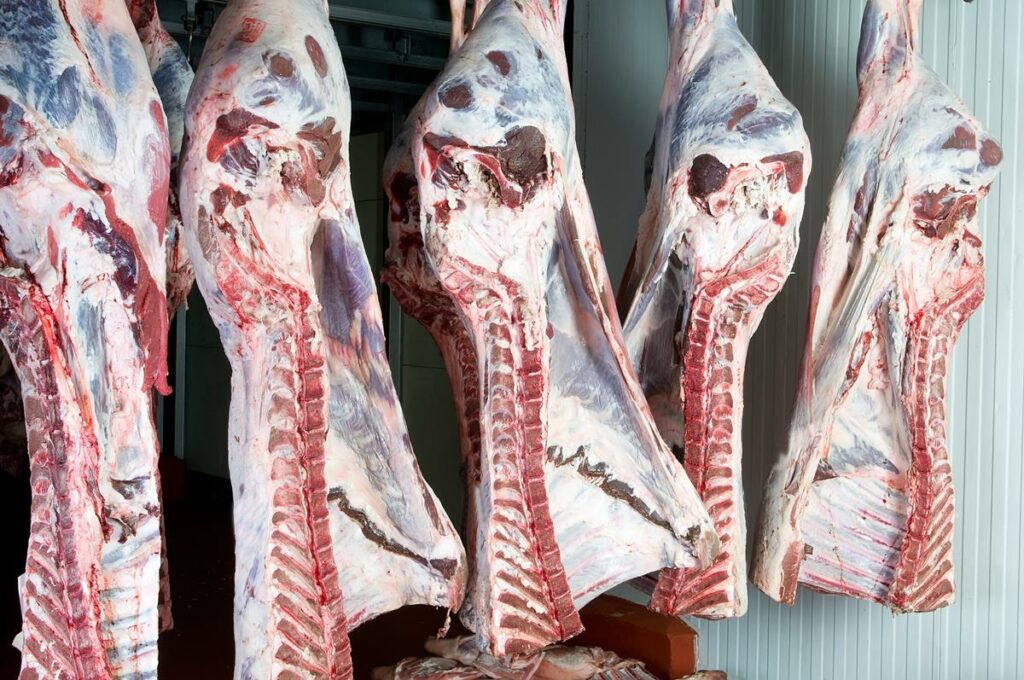 Despite the positivity in the cow market, the prime cattle market remains pretty much unchanged from last week.

Most procurement managers are offering 375c/kg for steers and 385c/kg for heifers on the grid, and as has been the case in recent weeks, an extra 5c/kg is available for in-spec stock.

This comes as steer and heifer slaughterings dominate the weekly beef kill, with figures from the Department of Agriculture’s beef kill database showing these animals made up nearly 65% of the total beef kill during the first week of 2017.

Meanwhile, there has also been little change in the young bull trade, with buyers offering 385c/kg for U grade animals and 375c/kg for R grade animals.

But, it must be noted that a number of factories are still imposing price cuts on overweight and over-age carcasses and it is advisable for farmers finishing young bulls to get in contact with their processor before entering into this venture.

Bord Bia reports that the UK beef trade has shown some stability, particularly in the prime cattle market, while positive beef retail sales were also seen over the festive period.

Cattle prices from the AHDB show that GB R4L grade steers increased marginally in Sterling terms and averaged 366.9p/kg or the equivalent of 423.22c/kg during the week ending January 7.

Meanwhile, in France, the market remains slow particularly for entrcotes and steaks with demand best for offal type products such as tongues and cheeks, Bord Bia reports.

At retail level demand for imported product remains subdued while promotions were limited and centered on domestically produced such as ribs, it says.