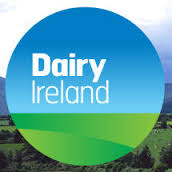 Dairy Ireland chairman David Murphy has told AgriLand that Agriculture Minister Simon Coveney should consider ‘easing the pain’ for those dairy farmers who will almost certainly be hit with a superlevy penalty later this year.

“The total fine for the country could well end up at around €35m. All of this extra milk will be collected and processed. But it is individual farmers who will be left with the responsibility of paying the actual penalties. As a result, all of this money will be coming directly out of the rural economy.

“Surely under such circumstances, and given that milk quotas will come to an end in a few months’ time, the Agriculture Minister could do something to alleviate this problem.”

Murphy went on to point out that the current superlevy issue is hanging over the Irish dairy industry like “a Sword of Damocles”.

He continued: “Farmers have been gearing up to expand their businesses for the past number of years.  A record number of heifers are set to calve down this Spring.  But given the supply constraints on the milk sector at the present time the reality is that a large number of these animals will be exported to either Britain or Ireland.

“All of this represents a dramatic loss to the Irish dairy industry, particularly in light of the industry’s plans to expand output significantly in the run up to 2020.”

Commenting specifically on Dairy Ireland’s plans for the future Murphy confirmed that the organisation plans to grow significantly during the period ahead.

“We continue to highlight the need for further and significant rationalisation within the dairy processing sector,” he further explained.

“There is also an ongoing requirement to better market Irish dairy products.”

The Dairy Ireland chairman went on to indicate that the organisation will host a conference later in the year, most probably in mid-summer.

“We are currently seeking to identify a selection of speakers for the event,” he said.

“However, I can confirm that the issue of expansion within the milk sector and how this can be achieved in the most effective and profitable manner at farm will be a key focus for the event.”