The dairy stockjudging competition takes the form of an academic test followed by the score-marking in order of merit of a pen of heifers and a pen of cows. Competitors are also interviewed on their overall grading of the animals and must answer questions on the technical aspects of dairy farming.

Speaking at the event, Macra na Feirme Munster vice-president, James Healy said: “I’d like to thank the Irish Dairy Board for their continued support of the competition. This competition is a great opportunity for young farmers to become skilled at assessing livestock and it prepares them for the actual job of buying and selling farm animals. Stockjudging also broadens the young farmers’ knowledge of new developments in stock breeding, husbandry and disease control. This year’s competition was outstanding with the standard of entrants being very high.”

The two overall winners have won a place on the annual Macra prizewinners trip in Autumn. 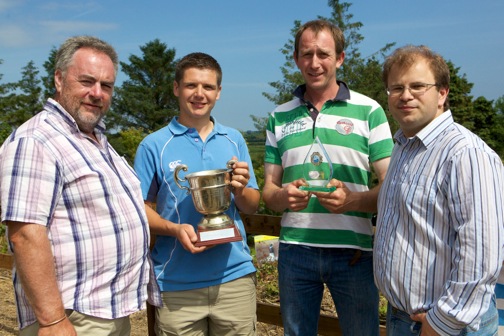