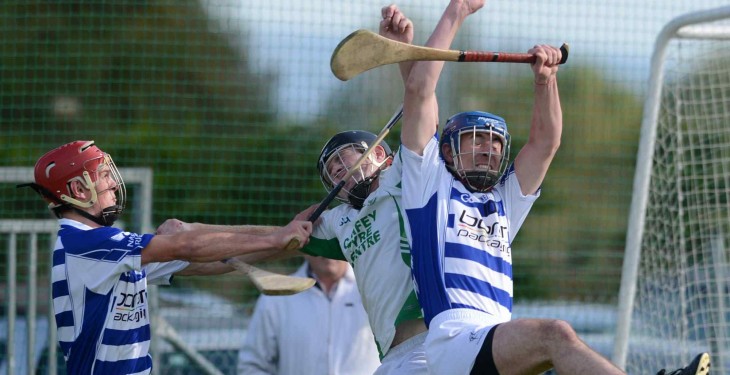 UPDATE: Minister of State at the Department of Agriculture, Food and the Marine with responsibility for forestry, Tom Hayes TD, opened the workshop on hurley ash supply in Ireland in Croke Park this week.

Speaking at the event he said: “The sport of hurling is ingrained in Irish social and sporting life and it even features in our mythology. The ‘clash of the ash’ is one of those evocative sounds that adds to the atmosphere of any match or, for hurling fans, brings back memories of a personal favourite match.”

On a general note, he encouraged young people to participate in sport, stating: “Participation in sport has major health benefits, both for physical and mental health. While not everyone can play on a team or is able to train, there are always opportunities to become involved in club activities and to support local and county teams.  That is the beauty of Gaelic Games – it creates local heroes and role models for our youth.”

In his opening address, Minister Hayes noted: “The sport of hurling is ingrained in Irish social and sporting life and it even features in our mythology. He also said that hurling was a sport with tradition and a plastic hurley is not a good ash one. It was an important part of our economy and our heritage.”

Tony Dempsey, Wexford GAA, said the game was about bringing people together. He emphasised how important it is to have hurleys made in Ireland. In that the hurley maker provides an important service to hurlers in Ireland on many levels. He also said that the sector supports 400 jobs directly.

Also in the event run in conjunction with Teagasc and the Forest Service, Pat Daly games promotion of the GAA, said hurling is growing rapidly.

In total 400,000 hurleys are needed to supply the domestic hurling market. He pointed out  there are many more hurleys needed at a juvenile level and international.  He also outlined the association’s commitment to supporting the game and other forms of the game.

He said  the game should be given recognition by the Department of Heritage. He also made reference to producing quality juvenile hurley. However, he said the presence of ash die back is worrying, but he and the association are impressed with the work being done to combat the disease. He also said this year is turning out to be a special one for the game. And that some of the work the GAA has been doing is starting to show results.

Teagasc, tree breeding specialist Dr Gerry Douglas also updated attendees on the work being done by the state agency in breading new varieties of ash that can withstand the ash dieback disease. Pointing to trials of Irish bread trees in Belgium and Holland, results he said were positive. He outlined symptoms of the disease and how people can recognise it.

Seamus Dunne of the Forest Service said in excess of 1,200 Ha of ash thinned with Department of Agriculture Grant aid to date has the potential to yield hurley butts. His figures showed that by 2018 the country will become self-sufficient. He also showed inventory figures on ash stands in Europe.

Philip Bourke, Tipperary hurley maker outlined a detailed analysis of the industry. He said if the guild is to gain more relevance it is necessary to focused in what it does and can deliver to members. There has been a 210 per cent increase in numbers producing hurleys since 2007. As a quality control procedure it is necessary for a national body to be set up to protect and inspect those producing hurleys. The GAA and Minister Hayes in the questions and answers session supported this measure.

This story was updated at 1.41pm with a photograph