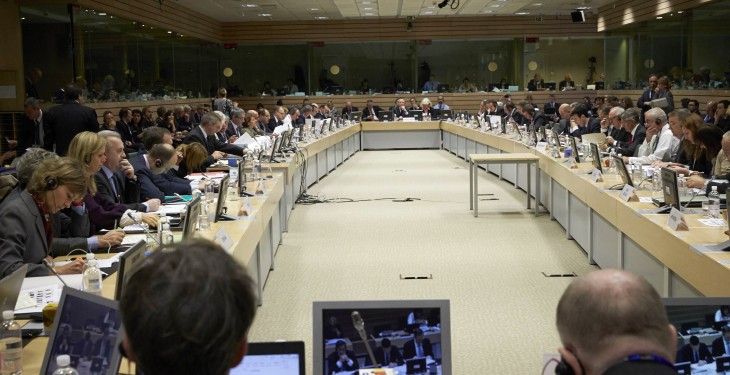 Concerns were expressed by EU Agriculture Ministers at this weeks’ council meeting over the EU Commission proposal to cut support in the EU agriculture sector in the 2015 budget.

The concerns follow an amending letter from the Commission to the draft general budget for the EU for 2015. The amending letter updates the draft budget proposed by the Commission for 2015, notably with regard to agricultural expenditure, reducing the overall commitments by €448.5 million and redeploying payments of €397 million from heading 2 (Sustainable growth: natural resources) to meet needs under other headings.

Most of the Ministers expressed strong concerns about the potential consequences for agriculture of this decision and 22 of the member states signed a joint declaration highlighting their reservations with regard to the amending letter. The President of the Agriculture and Fisheries Council will convey those concerns in a letter to the President of the Council for Economic and Financial Affairs, together with the declaration.

After a meeting with the Italian Presidency, Copa-Cogeca Secretary-General Pekka Pesonen stressed that he is pleased that EU Farm Ministers oppose the EU Commission proposal to cut support in the EU agriculture sector in the 2015 budget in this difficult time.

He said prices have plummeted by up to 50% in some sectors and it is totally unacceptable that the Commission proposed to cut spending in 2015.

“We strongly support the Presidency’s’ intention to send a letter to EU EcoFin Minsters calling for support not to be cut so that farmers will not have to pay twice for this ban. Copa-Cogeca also supports Commissioner Hogans’ aim to introduce measures to support the sector providing sufficient funding is available. We urge the College of Commissioners next Wednesday to ensure funds are provided”, he added.

The move comes as the issue is being debated by the Commission, Parliament and Council in the conciliation committee.