Producer Groups to give more power to farmers

Producer Groups will fundamentally change the negotiating position between farmers and processors according to Minister for Agriculture, Food and Marine Simon Coveney.

Minister Coveney said they would insurer that farmers increase there negotiating power around everything from price, to specification, to conditions in the market to information flow between processor and the farmer around what the market needs.

He said in other parts of Europe Producer Organisations the represent large numbers of farmers collectively together and negotiates on their behalf you see better outcomes than we have here.

“One of the big weaknesses in the beef sector that is not in the dairy sector is that effectively farmers are price takers when they go to the factory with cattle there is no negotiation at all. Then farm organisations need to put a lot of pressure on through protest and so on if they are unhappy with prices.

“Instead in the future there is a better way of doing things in my view,” he said. 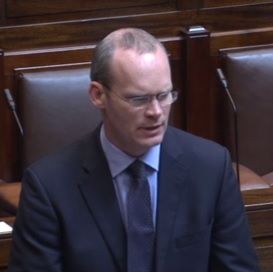 The Minister told TDs that farmers up to 3,000 that are producing beef would be represented by a farmer-owned producer organisation who would negotiate on their behalf.

He said this would make sure the primary producer is getting the fairest deal possible from the market place.

“That in my view will be fundamentally changing the balance of negotiating power between farmers and factories in a way that at the moment is being expressed through protest.”

The Minister stated that the Department have had a public consultation process how the different shareholders would like to see producer organisations working.

“We intend to push on with this and we have approval from all the stakeholders in the beef forum to do that. Processors have said they are willing to look at it. But they have no choice anyway because we are going ahead with it,” he said.