‘Every pound I earned I put back into the land’ 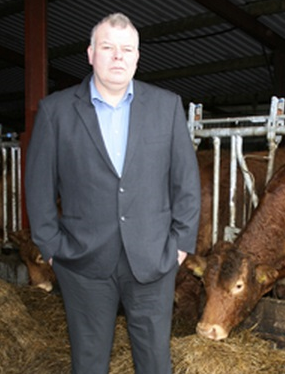 Concerns have been raised over the impact of new measures in Budget 2015 on part-time farmers by newly-elected TD for Roscommon-South Leitrim Michael Fitzmaurice.

Speaking in the Dail on the issue in recent days, Fitzmaurice said the mothers and fathers of many young people in the farming community want them to take over the land, continue the tradition of farming and carry the baton to drive the agricultural industry forward as set down in Harvest 2020.

“Unfortunately, the Finance Bill’s provisions on Capital Gains Tax tells young people to get a ticket and get out of the country.”

A farmer himself, Fitzmaurice said the Bill states that an ‘active’ farmer must prove he or she spends at least 50% of his or her working time farming, which is unrealistic.

“As Deputy Pearse Doherty said, from Co. Donegal to Co. Kerry, through the midlands, the income of a small holder farmer with ten to 20 cattle to sell every year will be between €10,000 and €15,000. If that farmer does not work 40 hours elsewhere, he or she could be in severe difficulty and have no future in making a sustainable living on the farm,” he said.

“When I was a young lad starting off in farming, I had to work off farm. Every pound I earned I put back into the land. Many Deputies will know from visiting Roscommon-South Leitrim during the recent by-election that it is difficult farming land. All over the west, making land productive in wet conditions is a major problem.”

According to Fitzmaurice, up to 30% of farmers, be they large or small holders, are working to have an off-farm income because they cannot make a sustainable living on the land. He added that between 45% and 50% of suckler cow farmers need an alternative way to make a living to rear their families and send them to school.

The Galway native said this issue must be addressed on Committee Stage. He said if it is not, many young farmers will not be able to afford to take over the family farm.