Kerrygold UHT milk was launched into the Chinese market in 2014 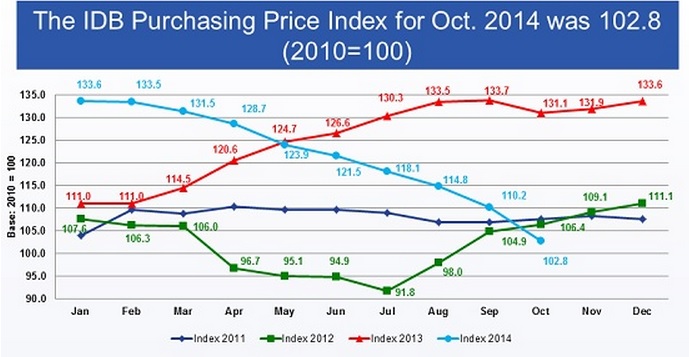 The Irish Dairy Board’s (IDB) Production Price Index (PPI) for October was down over 6.7% on the August return and is now at its lowest level since August 2012.

The Index has fallen for the past nine months, with falls over that period totalling over 23%. This follows on from a fantastic 2013 for dairy returns, with the Index having only fallen once in 2013.

October’s result is also some 21% behind the same month last year. The result comes on the back of prices paid at last week’s Fonterra dairy auction being down by 0.3%, compared with those recorded at the event held late last month.

The IDB released its monthly PPI today and it showed a return value of 102.8, which indicates a 2.8% increase in market returns when compared to 2010.