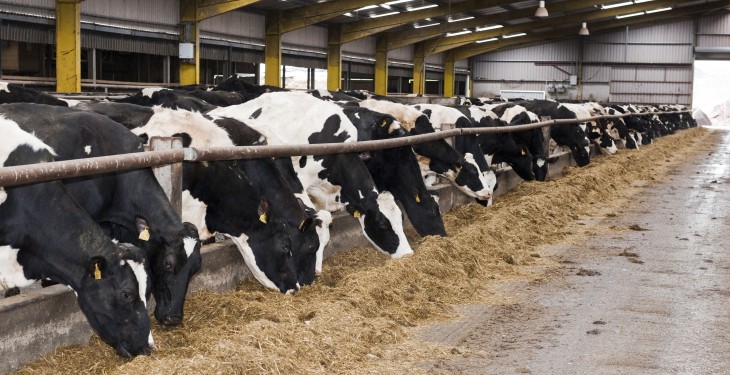 “Milk output will increase significantly, once we get into 2015,” he further explained.

“This will entail a higher concentrate feed requirement in its own right and especially on those farms with a fixed land base. Individual cow yields will, inevitably, increase. But this must not be achieved on the basis of sacrificing performance, when measured in terms of milk produced from forage.”

Donaldson made his comments while attending yesterday’s Teagasc Liquid Milk conference in Navan. Thompson’s currently supplies livestock farmers within a two and a half drive from Belfast with bulk dairy beef and sheep feeds

“This gets us as far west as Donegal and as far South as Wicklow,” he added.

Donaldson went on to characterise the structure of dairy farming on the island of Ireland in terms of a North:South split.

“I firmly believe that producers south of a line between Dublin and Galway can learn from their northern counterparts and vice-versa.  For example, many of the grassland management skills that are so prominent in places such as Cork could be adapted by dairy farmers in Northern Ireland. On the other hand, producers on the southern half of the island could learn from the drive to generate profits, which so characterises the nature of milk production throughout the province of Ulster.”

Turning to the subject of feed prices, Donaldson was quick to point out that this could be a long term, good news story for Irish agriculture. “The fact that fracking has contributed so much to making the US more energy self-sufficient means that more American corn should be made available to the animal feed sector.

“Another factor coming into play is the on-going drive in the US to introduce new, energy efficient technologies. And again this will help to increase the tonnages of raw material that can be accessed by the compound feed industry.

“The outlook for milk production throughout Ireland is extremely positive. But there is no room for complacency. Irrespective of the management systems milk producers must strive to improve the levels of efficiency achieved within their businesses.”