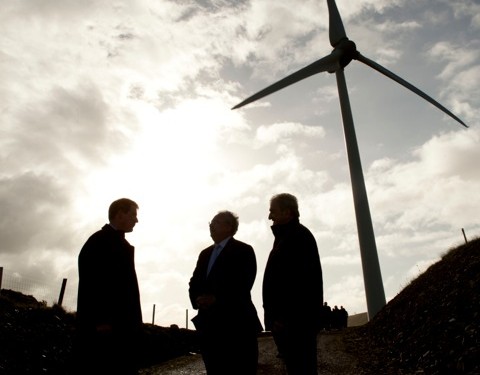 The group is now producing green electricity and selling it to the grid, producing approximately 15GWh per annum.  This is enough to power 3,500 houses or the equivalent of the local town of Nenagh.

In welcoming the community-led development, which officially opened this week, Minister for Energy Pat Rabbitte TD  said: “I commend the local community here in Templederry for its initiative and resolve in successfully establishing Ireland’s first community-owned wind farm. Developed and owned by ordinary members of the local community this enterprise is already streaming benefits in the form of dividends into the local community.

“This project demonstrates the potential of local communities to harness their own local resources for their own benefit as well as contributing to important national goals – Ireland has signed up to demanding commitments at EU level and beyond as to the use of green energy in our overall energy mix. This development here in Templederry will assist us in reaching our green energy targets.”

The minister went on to commend the Tipperary Energy Agency and Tipperary Leader for its ongoing support of the initiative in its long road to fruition – a feasibility study took place as far back as 1999.

Currently a process is in train, led by the Department of the Environment, Community and Local Government, in conjunction with the Department of Energy and the Sustainable Energy Authority of Ireland, to review certain aspects of the existing Wind Energy Planning Guidelines.

It will examine the manner in which the guidelines address key issues such as noise (including separation distance) and shadow flicker. It is expected that revised guidelines will be published for consultation in early 2014. 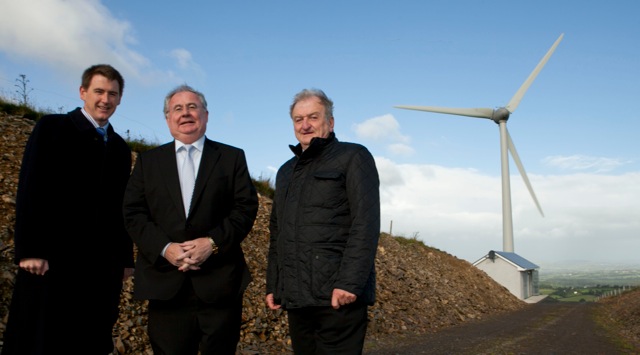