Commission Vice-President warns time is running out for Northern Protocol 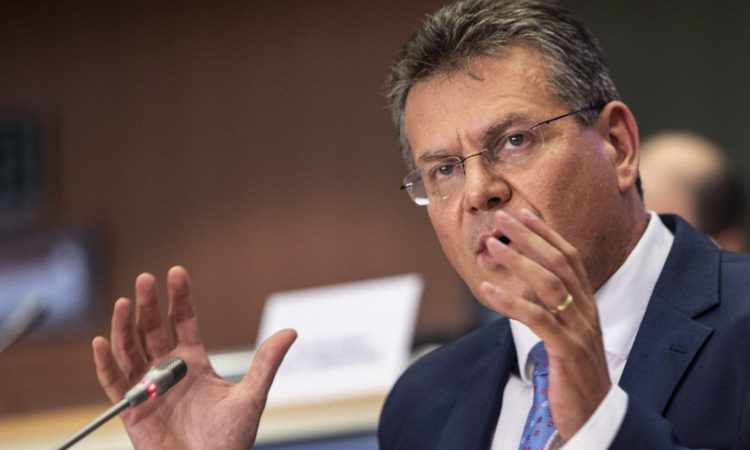 The vice-president of the European Commission Maros Sefovic says time is running out to put in place measures to allow the functioning of the Northern Ireland Protocol which forms part of the Withdrawal Agreement between the European Union (EU) and United Kingdom (UK).

The third meeting of the joint committee on the implementation and application of the Withdrawal Agreement took place today, Monday September 28.

Maros Sefovic said: “The window of opportunity to put in place the operational measures needed for it to function is rapidly closing.

“I have therefore reiterated the urgent need for the UK to accelerate its work on all aspects of the Protocol and in particular with regard to sanitary and phytosanitary controls; customs-related IT systems; and the registration of Northern Irish traders for Value Added Tax purposes.

We welcome that the UK is now engaging on some of the joint committee decisions that need to be adopted before the end of the year to fully implement the Protocol.

“But many difficult issues remain and the UK’s positions are far apart from what the EU can accept,” he said.

The UK introduced draft legislation earlier this month which the EU says would ‘breach’ the provisions of the Withdrawal Agreement and would affect the Northern Ireland Protocol.

“I have repeated the EU’s request to withdraw the contentious parts of the draft Internal Market Bill by the end of September.

“We maintain that the bill, if adopted in its current form, would constitute an extremely serious violation of the Protocol, as an essential part of the Withdrawal Agreement, and of international law.

The Withdrawal Agreement is to be implemented, not to be renegotiated – let alone unilaterally changed, disregarded or disapplied.

“It cannot be stressed enough that the Protocol is specifically designed to protect the Good Friday (Belfast) Agreement and the achievements of the peace process, including avoiding a hard border on the island of Ireland.

“We are willing to work hard with the UK on these issues over the coming days and weeks. I have requested that the next meeting of the respective Specialised Committee takes place in early October at the latest,” he concluded.