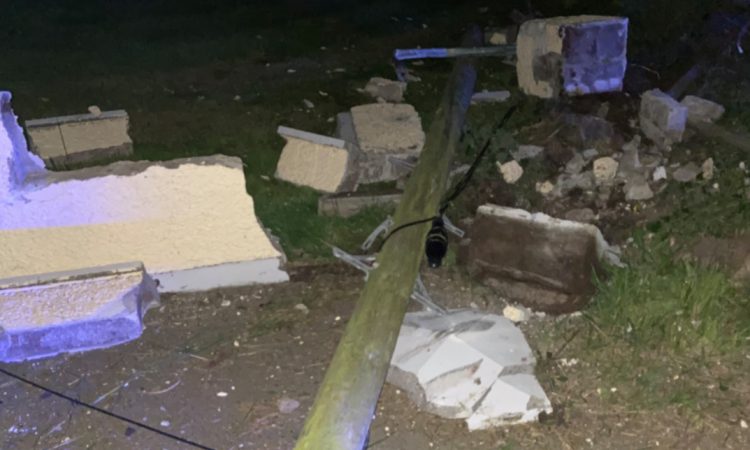 Members of the Police Service of Northern Ireland (PSNI) have issued an appeal for information in relation to a hit-and-run collision in Cookstown, Co. Tyrone, over the weekend.

Investigating officers have issued an appeal for information on the matter, and are also seeking to speak with the driver of a John Deere tractor who may have been in the vicinity of the incident around the time it occurred.

“Police are keen to speak to anyone with information about a hit-and-run traffic collision on the Tulnacross Road, Cookstown.

This incident occurred at 8:15pm on Saturday, September 26. A resident’s front wall was damaged and a BT telegraph pole knocked down. We would also like to speak to the driver of a John Deere tractor who may have been in the area at the time.

“If you have information about this incident, please contact police on 101 quoting reference 1858 or 26/09/2020,” the PSNI statement concluded.

The driver of a small car towing a trailer landed in hot water with law enforcement last week after being stopped by members of the PSNI in Co. Antrim.

The vehicle was stopped on the M2 motorway near Antrim town, according to the PSNI Road Policing and Safety unit.

Following a check, it was determined that the driver of the car did not have the correct category of licence to tow such a trailer. In addition, defects were discovered on the implement.

In a brief statement on social media on Friday, September 25, the road policing unit said:

“This car and trailer combination was stopped earlier today on the M2 motorway near Antrim. The driver didn’t have the correct category.

“Also, there were some defects on the trailer. The driver will have their time to explain the reasons to the local judge,” the post concluded. 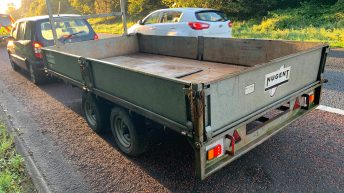