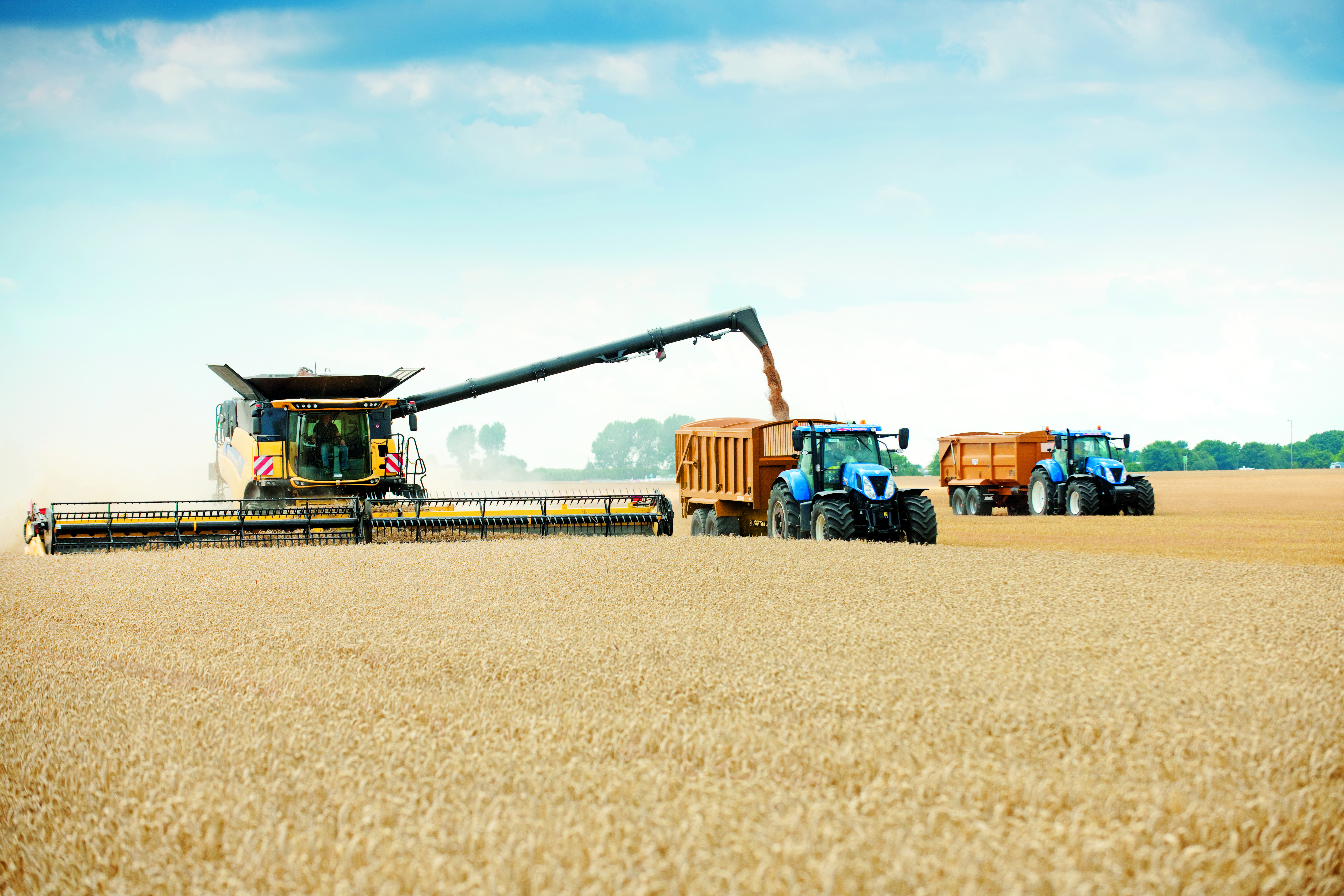 New Holland reclaimed the world record, harvesting an impressive 797.656 tonnes of wheat in eight hours with the world’s most powerful combine: the 653hp CR10.90.

“We are extremely proud to have recaptured the Guinness World Records title for harvesting almost 800 tonnes of wheat in eight hours, shattering the previous record by more than 120 tonnes,” stated Hedley Cooper, Head of Harvesting Product Management. “This record demonstrates the unsurpassed capacity and productivity of the CR10.90, especially as the current record of 675.84 tonnes was broken after just six hours and 36 minutes.”

The record was set on August 15 at HR Bourn and Sons Farm in Grange de Lings, near Wragby, Lincolnshire, United Kingdom. The field was sown with Santiago wheat in the autumn of 2013 before it was chosen in May 2014 for the record breaking attempt, which meant that it represented real world growing conditions.

The record breaking day’s harvesting, which started at 11:17am, was characterised by changing weather conditions, with the ambient temperature ranging from 18-21°C and light showers occurring from 17:30pm onwards. The CR10.90’s average throughput was 99.7 tonnes/hour and peaked at 135 tonnes/hour in a crop yielding an average of 9.95 tonnes/ha and an average moisture content of 16.2%. The record was achieved using a mere 1.12L of fuel per tonne of grain harvested, with the straw chopper engaged throughout the day.