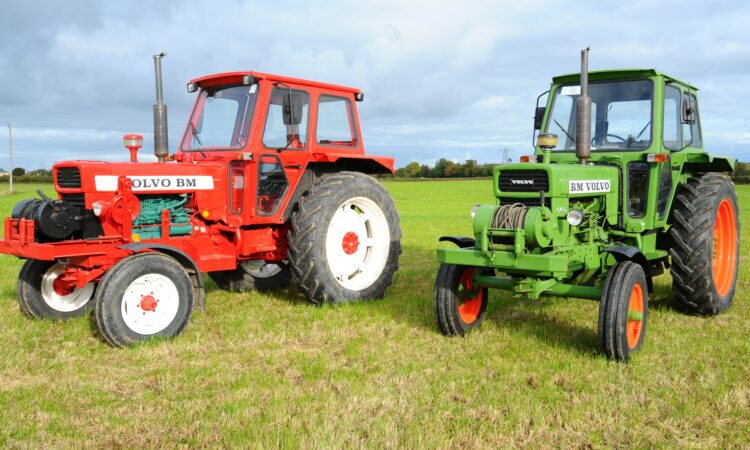 BM Volvo tractors are not at all common here in Ireland. As far as is known they were never imported directly, despite them enjoying success in many other countries outside of Sweden – especially France.

However, it would be a mistake to think that they were an insignificant curiosity in the history of mechanised farming. After all, the company sold 277,000 tractors over 65 years of production.

Strictly speaking, that tally is the work of two companies – for it was Munktells of Eskilstuna which started making large prairie-buster type machines destined for the Russian steppes in 1913.

Impact of the war

The timing was not particularly fortuitous, for the first world war (followed by the Russian revolution) put an end to that venture. In response, it downsized the machines and produced a series of more conventional models between the wars.

Meanwhile, Bolinder AB (best known for its marine engines) had also produced a few prototype tractors around 1930. However, its merger with Munktell saw the planned production of 1,500 machines a year abandoned, although hot-bulb engines designed and built by Bolinder did power certain Bolinder-Munktell (BM) tractors.

During the war Volvo embarked on production of its own tractors, using its own engine married to a Bolinder-Munktell transmission. This arrangement lasted until 1950, when Volvo acquired BM and the two product lines were then gradually merged over the following years.

The ethos of BM Volvo (as it was known then) was not one of brand new model ranges every few years. Instead, it introduced new models one at a time (over a period of time). One of the most notable was the BM Volvo T 650 (pictured below). 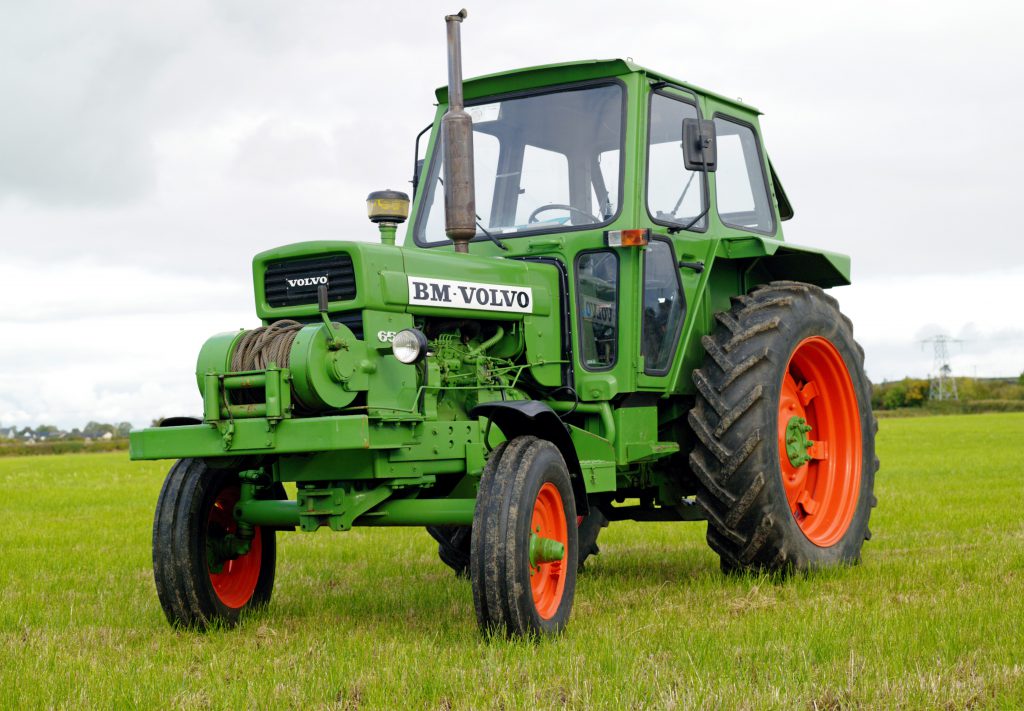 The T 650 was powered by a new Volvo 4.2L engine that churned out 73hp. There were many other improvements over the T 600 it replaced.

Perhaps the greatest innovation introduced with the tractor was a completely new cab that had been engineered by Volvo Trucks, which was well versed in designing such structures. 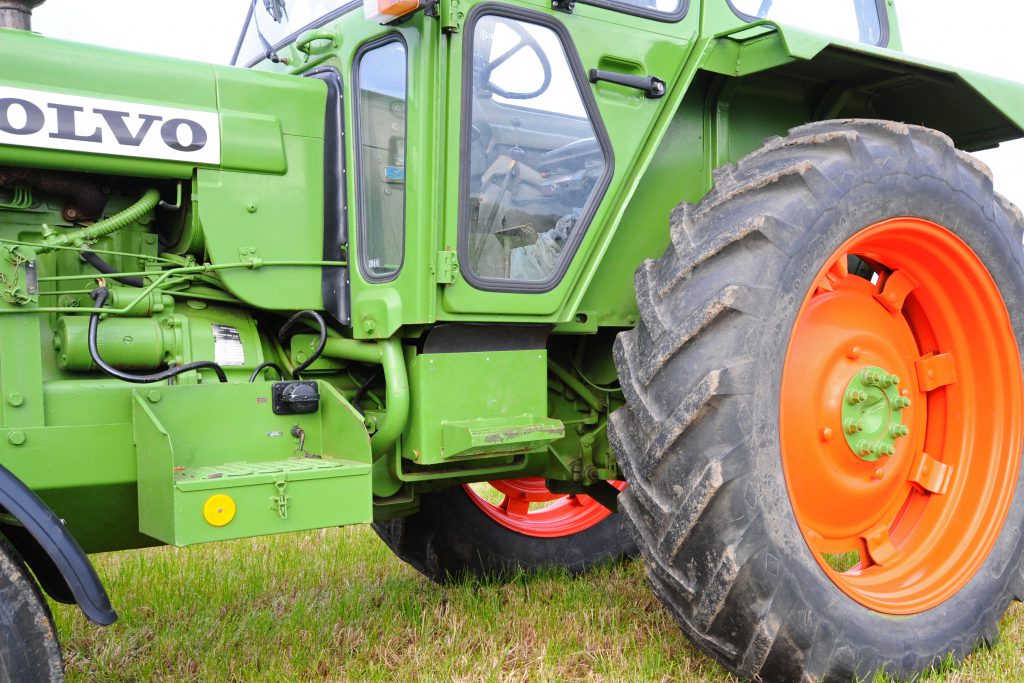 At about the same time the tractor fleet of the Swedish army was coming up for renewal. Tractors were an important element of the defence force’s logistics; they could cross terrain impassable to normal trucks, especially when coupled to a trailer with a powered axle (driven from a ground-speed PTO).

It was this particular feature of Volvo tractors that ultimately led to the establishment of Volvo Construction Equipment, which originally set about building machines based on Volvo tractor skid-units. 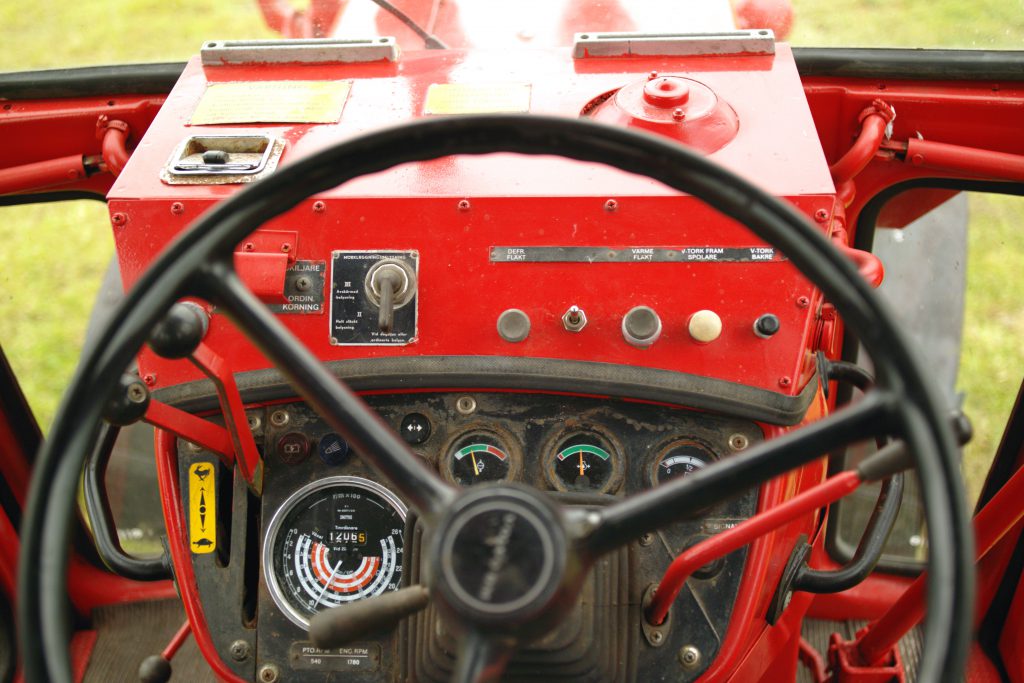 The T 650 was chosen to replace the aging fleet of Volvo T 350 army tractors. The role of these tractors was mainly that of a tug and so the lift-arms and hydraulics were dispensed with – leaving only a hitch, light sockets and a PTO (for a powered trailer to adorn the rear-end). 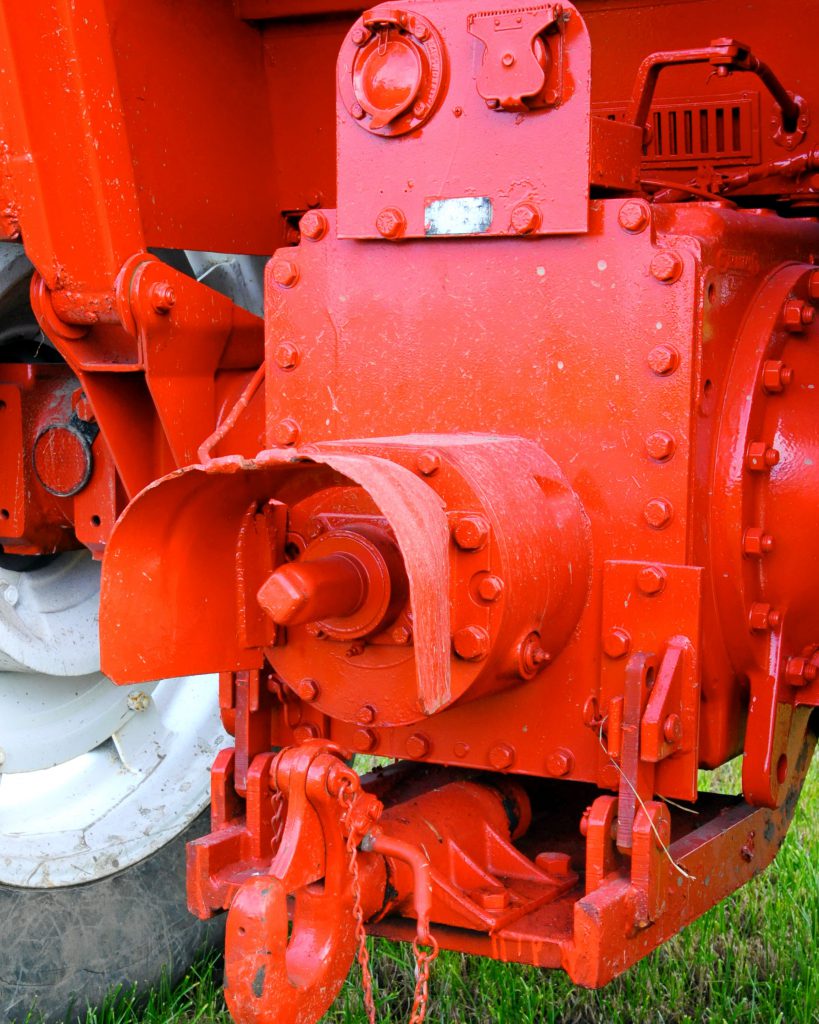 However, at the front they were equipped with a winch, which was driven directly from the crankshaft. The purpose of this was for hauling the tractor up steep slopes and through bogs; a secondary pulley was fitted to double the pulling capacity if needed.

Add-ons enabled these tractors to routinely share warm coolant with other tractors – as a starting aid in sub-zero temperatures.

In the 1980s many of these T 650 specimens were demobbed and ended up being sold into the used tractor trade. At least three made their way to Ireland; two of these are owned by Tom Loonam of Co. Offaly.

Tom is a keen collector of tractors and was rather smitten by his first T 650 when it came up for auction. Being something out of the ordinary he decided to take it home, where he has occasionally used it for light haulage duties on his farm. 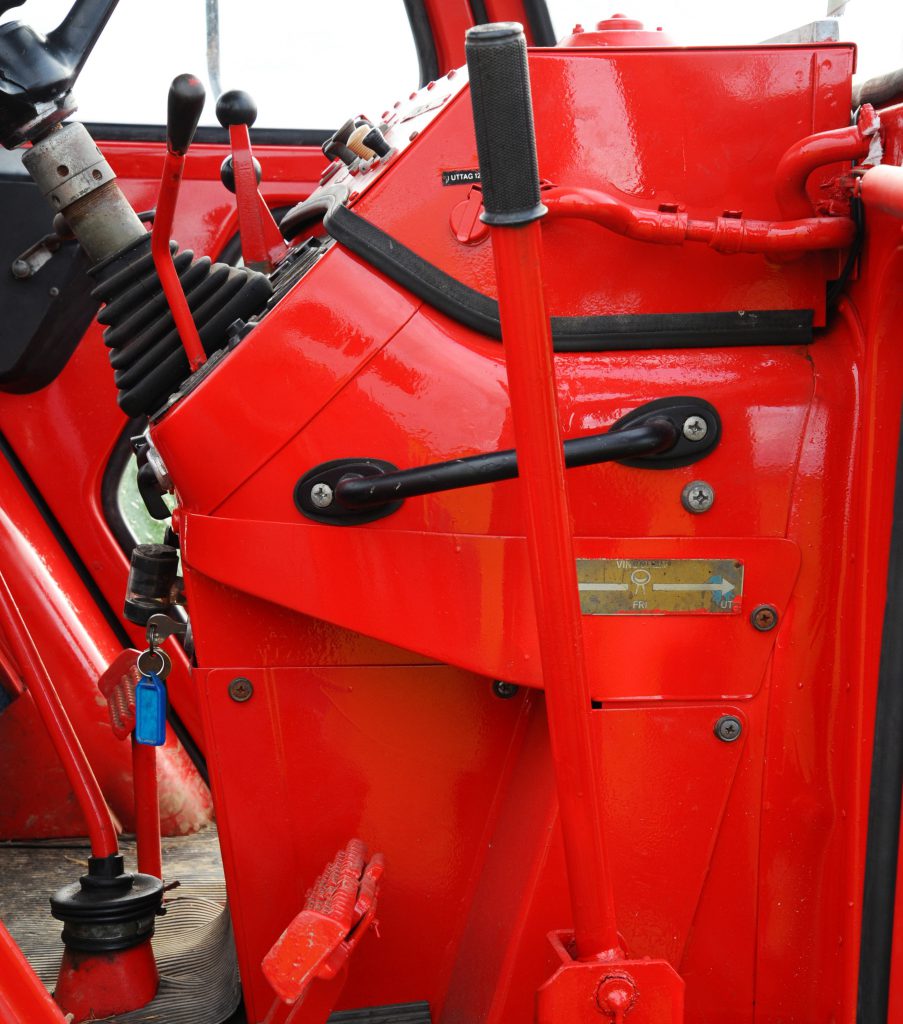 It is a very comfortable tractor to drive he notes, no doubt due to the input of Volvo Trucks in designing the cabs. 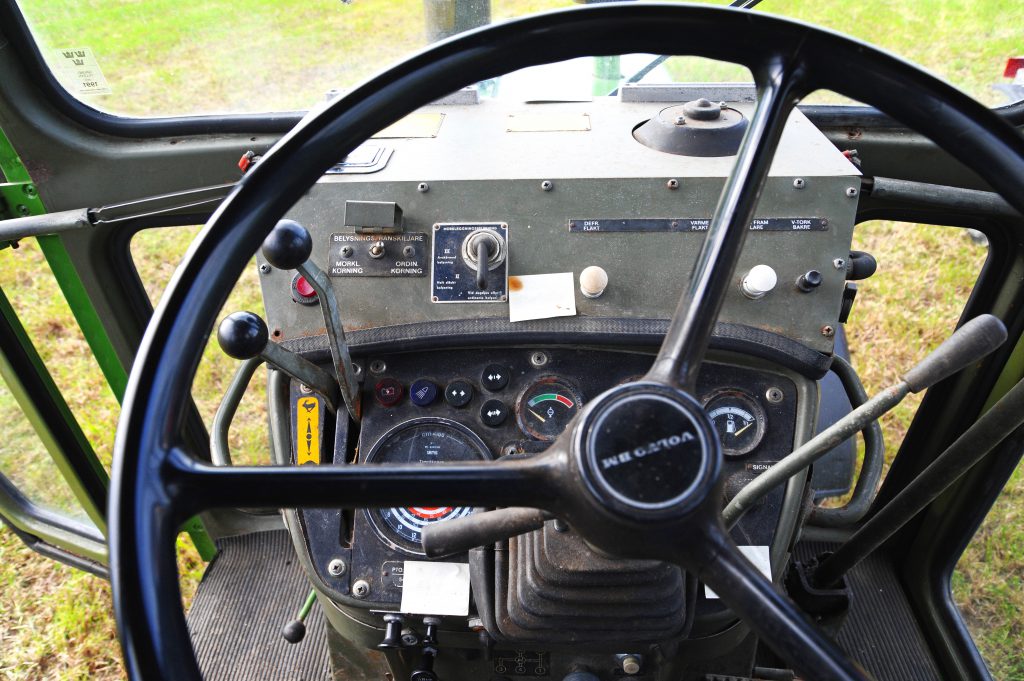 The second tractor was offered as a trade-in at his son’s car dealership – Hugo Loonam Motors. Hugo was somewhat perplexed by the idea and offered it to his father who agreed to buy it; so the deal was completed. 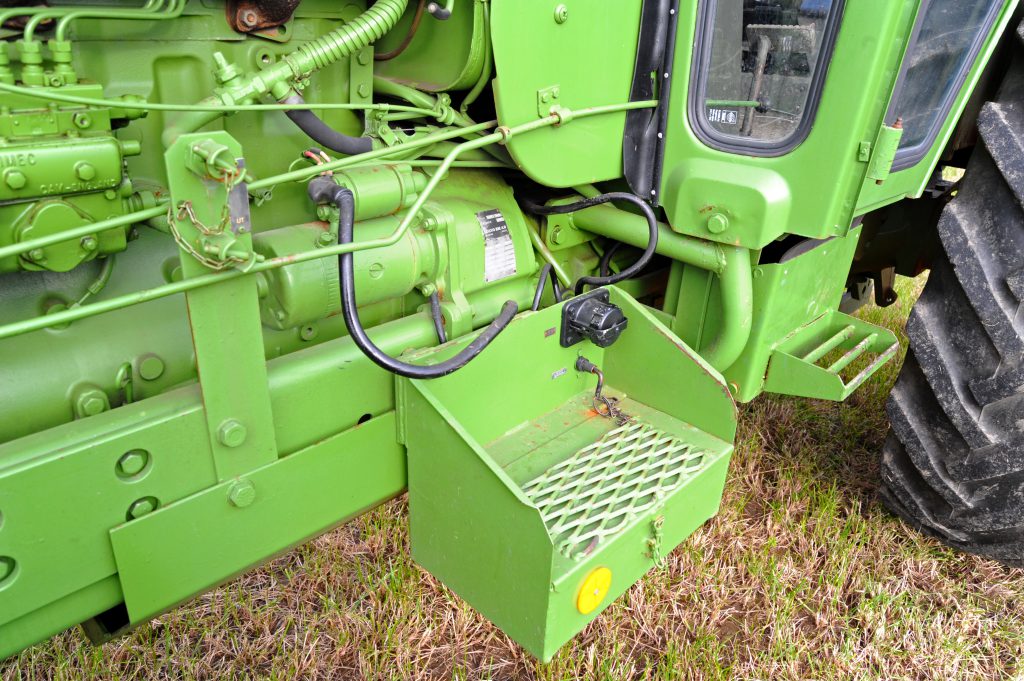 Both machines have been repainted at some point in their lives; they would originally have worn a non-descript ‘matt’ green – for camouflage purposes. This was probably done in England where, it is believed, they first went after being released from the Swedish army. 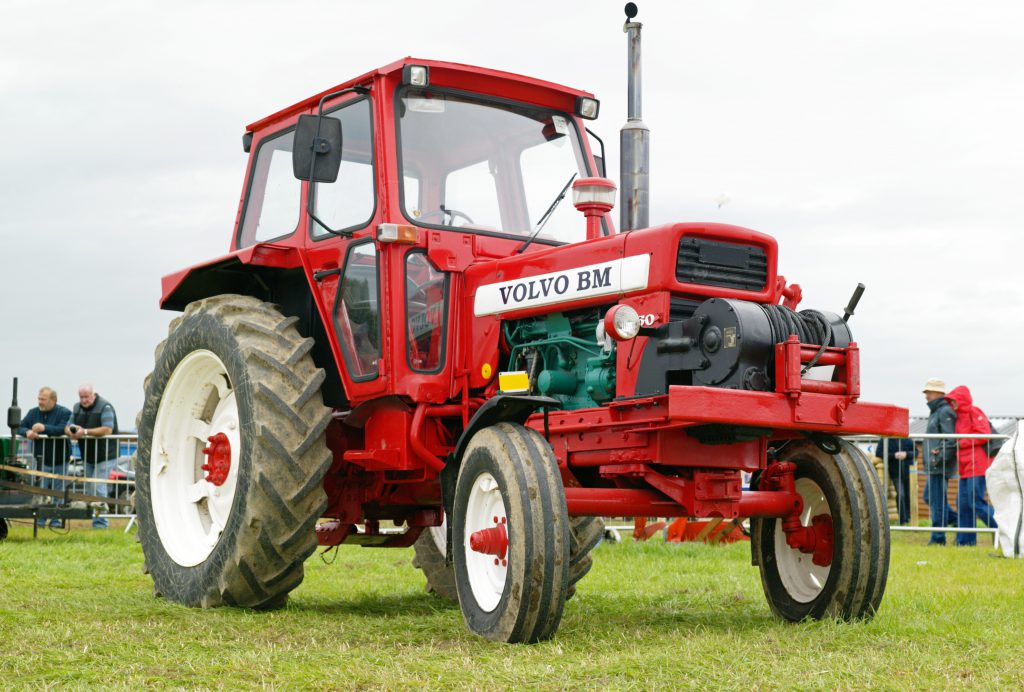 The attachment of a winch suggests to many that they had been adapted for forestry work; yet that was never the case. Although it is possible to retro-fit lift-arms, these examples were never intended as properly equipped farm tractors – so they remain as towing rigs only.

They also serve as a reminder of the versatility of Nordic tractors. 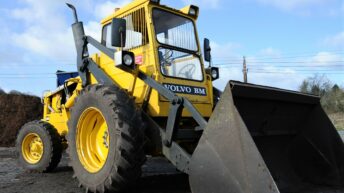 Classic corner: Is this the ultimate ‘value-for-money’ Volvo?