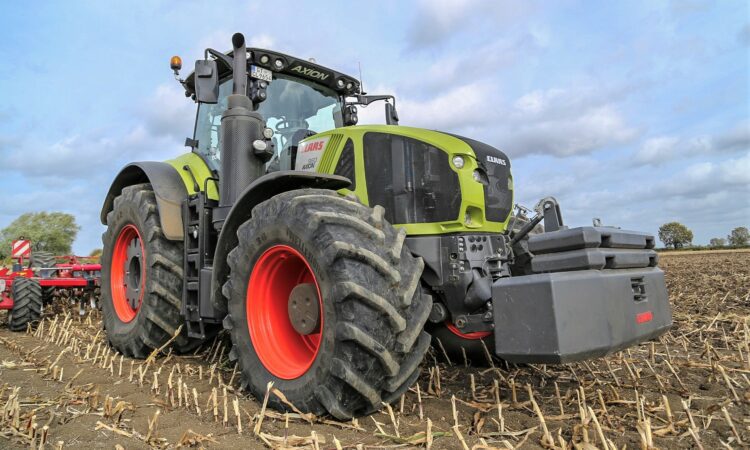 When it comes to transferring engine power to pulling power, but at the same time using the least amount of fuel, official tests show that the Claas Axion 900 range is hard to beat.

Launched at Agritechnica, the latest generation of the Axion 900 series offers many new features.

These include more powerful engines with a low-speed concept, optimised CMATIC transmission control and the option of either the new CEBIS terminal with touch display and CMOTION multi-function control lever, or the completely new CIS+ control system.

A new top model delivering up to 445hp

The new Axion 900 range consists of five models, with power outputs from 325hp up to 445hp. All are powered by the proven and highly sophisticated six-cylinder FPT Cursor 9 engine (with an 8.7L cubic capacity).

This engine meets all the requirements of the Stage IV (Tier 4) emissions standard. It also has a new, variable geometry turbo as standard equipment, delivering optimum charge air pressure, according to the current load and engine speed. 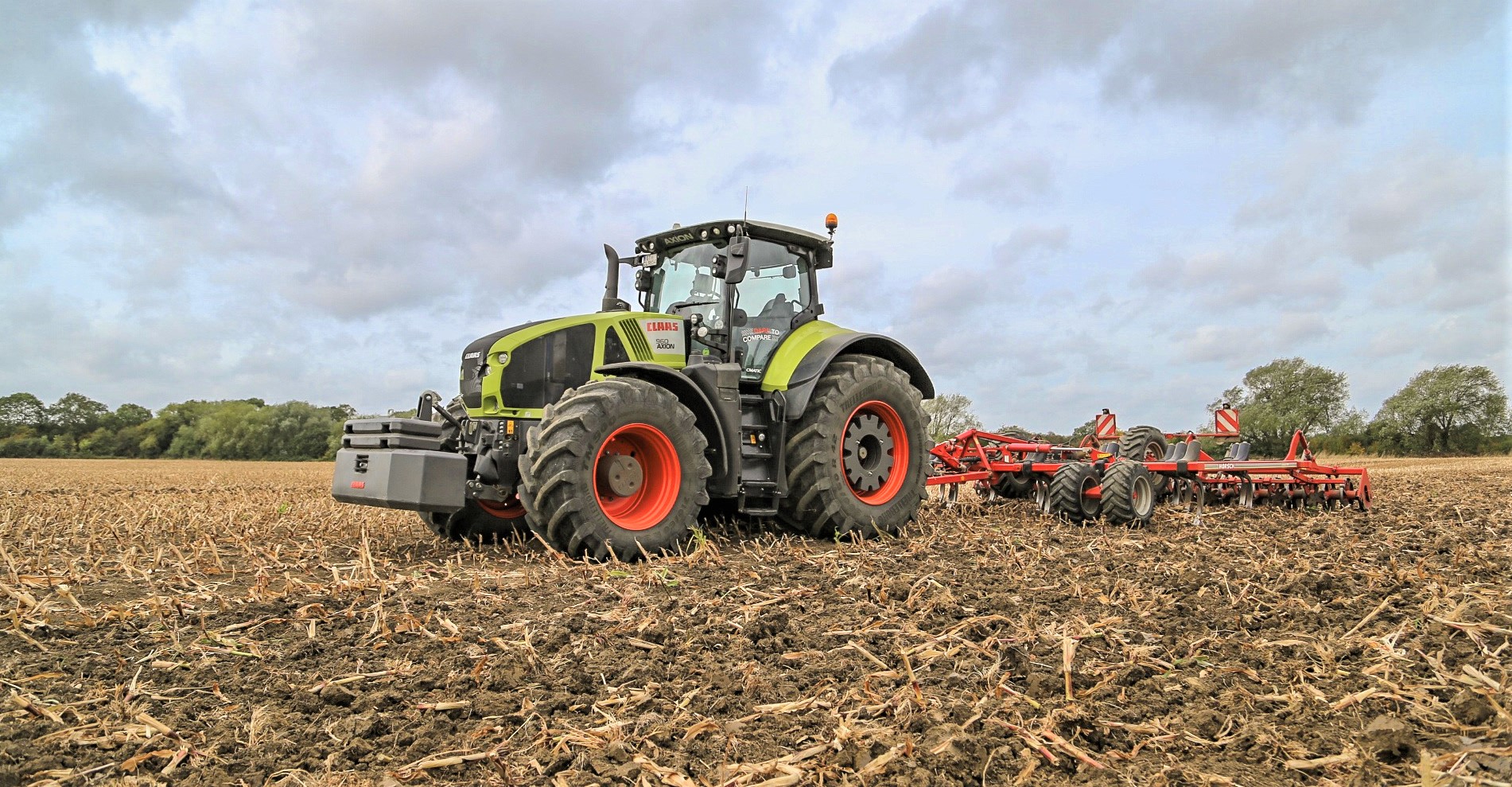 Unlike many other tractors, with the Axion 900, there is no boost; all of its engine power is available all of the time. Plus, 70% of the maximum torque is available even when idling, ensuring high performance right from the moment it starts.

Thanks to the advanced low-speed concept – which provides higher output at lower engine speed and with automatic engine speed reduction – the Axion 900 engine develops 18% more torque than previously at a lower speed (up to 200rpm lower).

This reduces fuel consumption and guarantees optimum driving performance for all field and transport applications.

Further fuel savings of approximately 2L/hour are achieved by automatically reducing the idling speed from 800rpm to 650rpm when stationary.

In ECO PTO mode, up to 95% of the maximum engine output is transferred to the PTO shaft despite the reduced engine speed, allowing heavy implements to be operated at a lower engine speed.

Drive on all Axion 900 models is through the latest, continuously variable ZF Terramatic transmission, which has proven itself in the Axion 800.

For the Axion 900, this has been adapted to the higher output of these tractors and features outstanding stability and power transmission with a high mechanical component, providing optimum efficiency in all speed ranges, from 0.05kph to 50kph.

In the cab, there is now the option of either the latest CEBIS Touch or the completely new CIS+ control system, for setting up and operating the Axion 900. 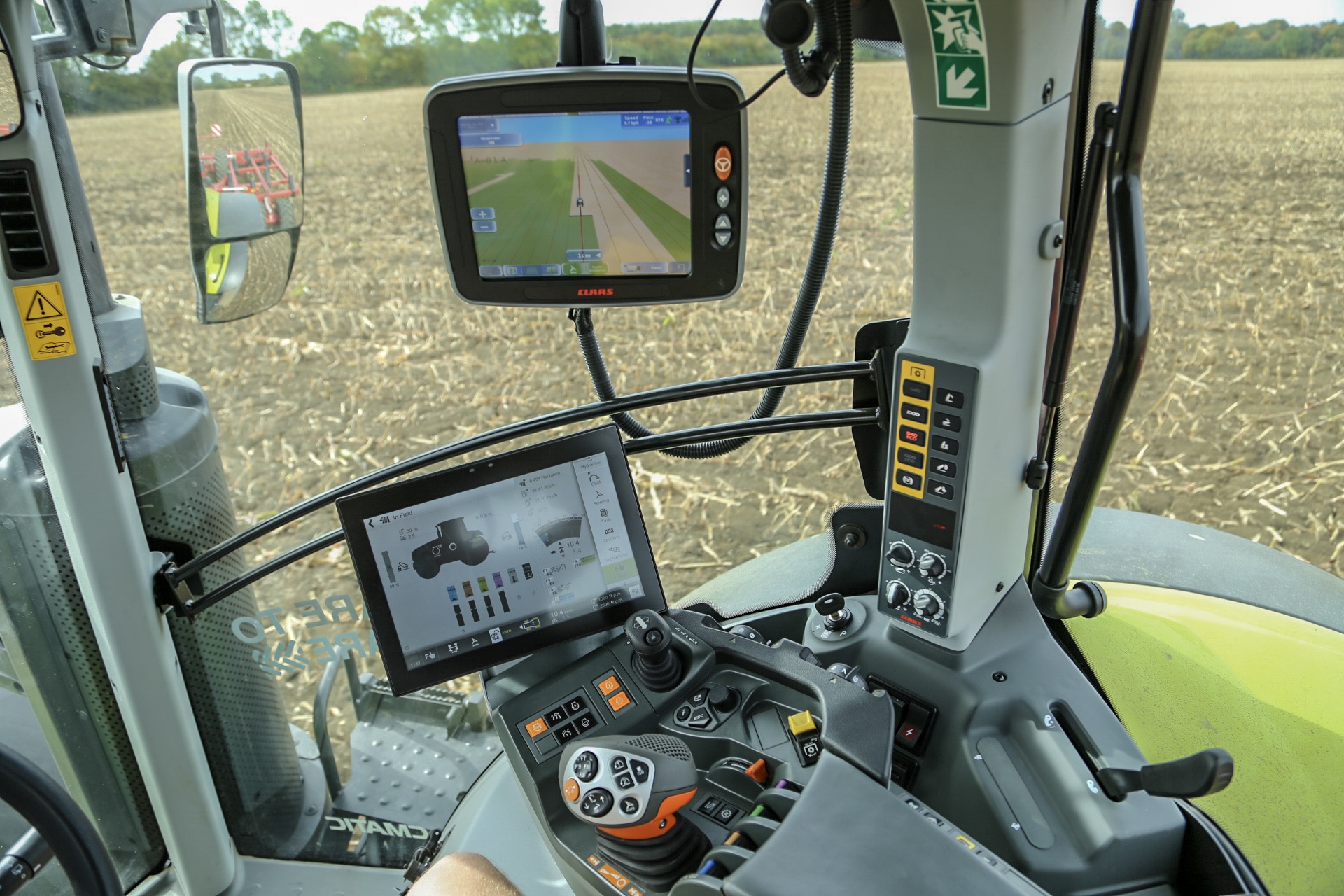 The 12in CEBIS touch screen terminal and the proven ergonomic armrest with CMOTION multi-function control lever enables convenient operation of all the main functions, using the thumb and first two fingers.

The new CEBIS offers many new functions for very fast and straightforward operation. Its intuitive operating structure is based on the familiar CEBIS generation; it has been further optimised for touch display use.

One particularly convenient feature is the quick-adjustment facility for frequently-used tractor functions using DIRECT ACCESS, simply by tapping the machine silhouette on the CEBIS touch display. 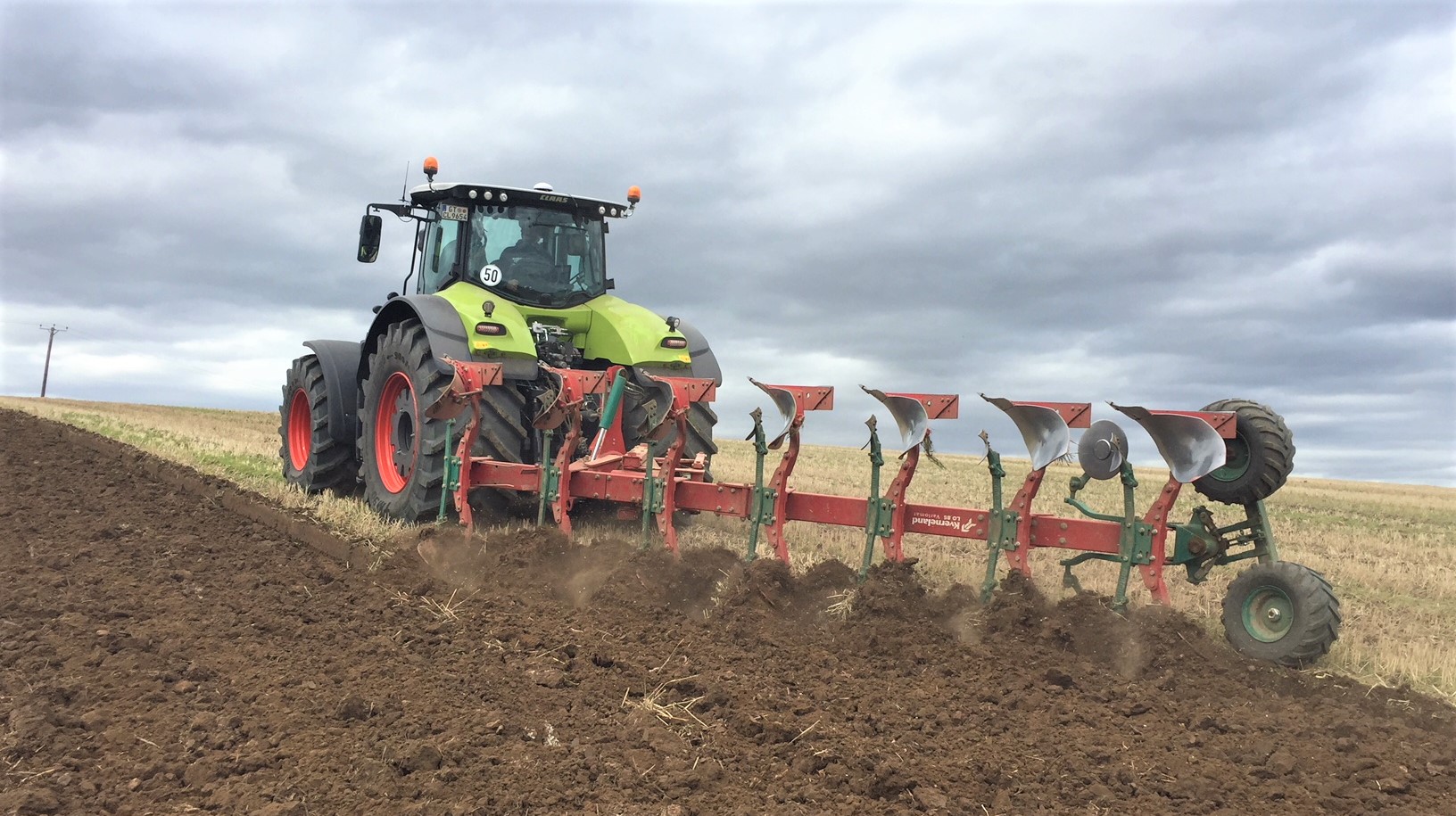 A new alternative is CIS+ which, for the first time, allows the CMATIC transmission and electric spools to be specified without the need for the CEBIS operating system.

Using CIS+, the CMATIC transmission is controlled from the updated DRIVESTICK in the armrest, which has proportional control of transmission, acceleration and deceleration.

When accelerator pedal mode is selected, the DRIVESTICK can be used to manually intensify or reduce the engine braking effect. A cruise control button is also provided on the DRIVESTICK. The current forward speed can be saved simply by pressing this button. 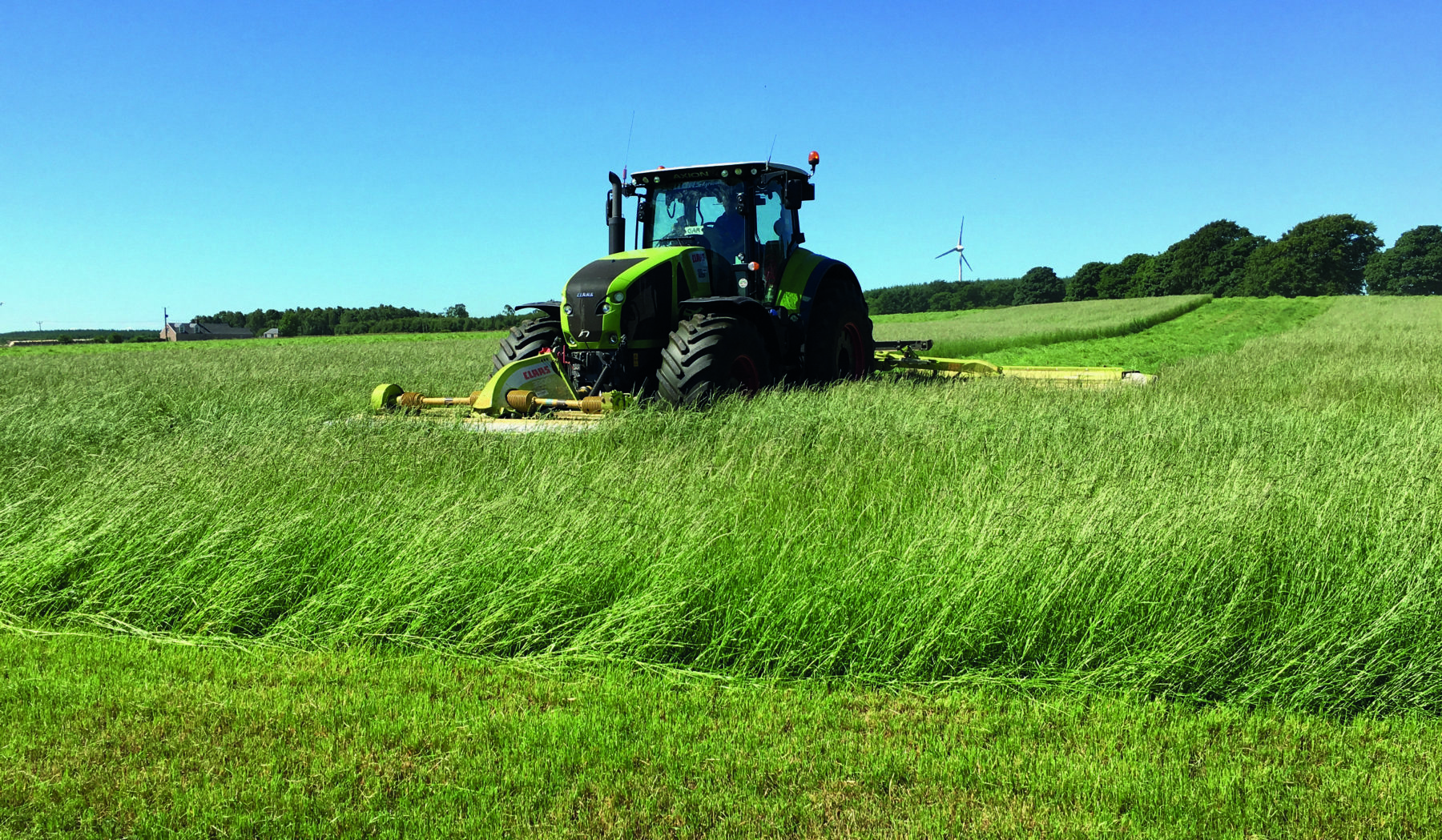 The CIS+ equipment package includes a 7in CIS colour display that is easy to see, as it is built into the A-pillar. This display enables the driver to keep track of all the key tractor and machine functions, such as the transmission, headland management and electronic spool valves. 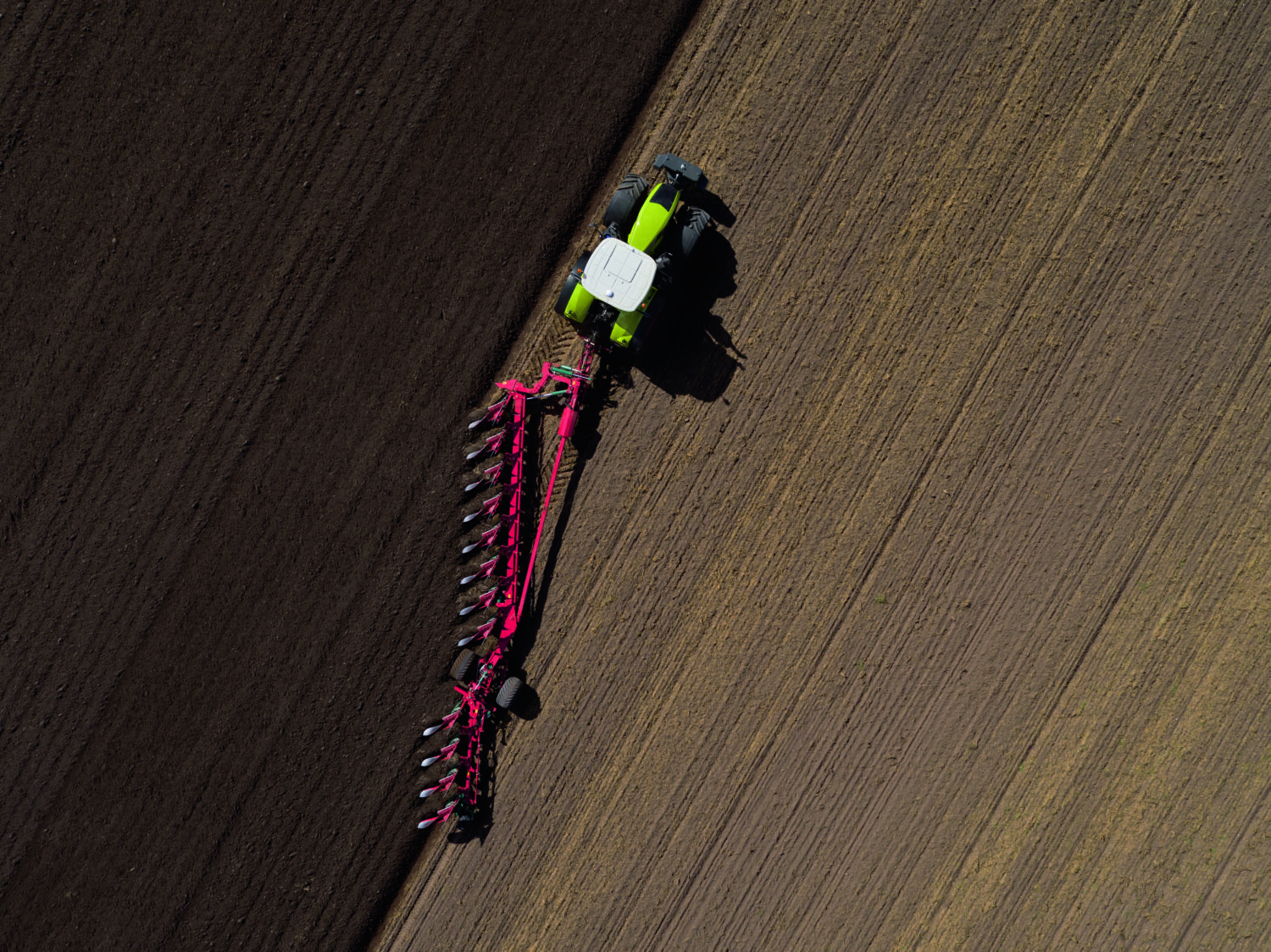 CIS+ also includes many tried and tested functions from the earlier CEBIS system. For example, flow rate and time control for individual spool valves is included.

As well, up to four sequences can be recorded with the CSM headland management system. Up to six spool valves are available in total, with electronic actuation.

All the features, in addition to Claas Easy precision farming systems and many other operator-friendly features, make the Axion 900 outstanding and versatile; a performer that is just as happy doing heavy cultivations or haulage work around the farm, while all the time giving you low cost, reliable performance. 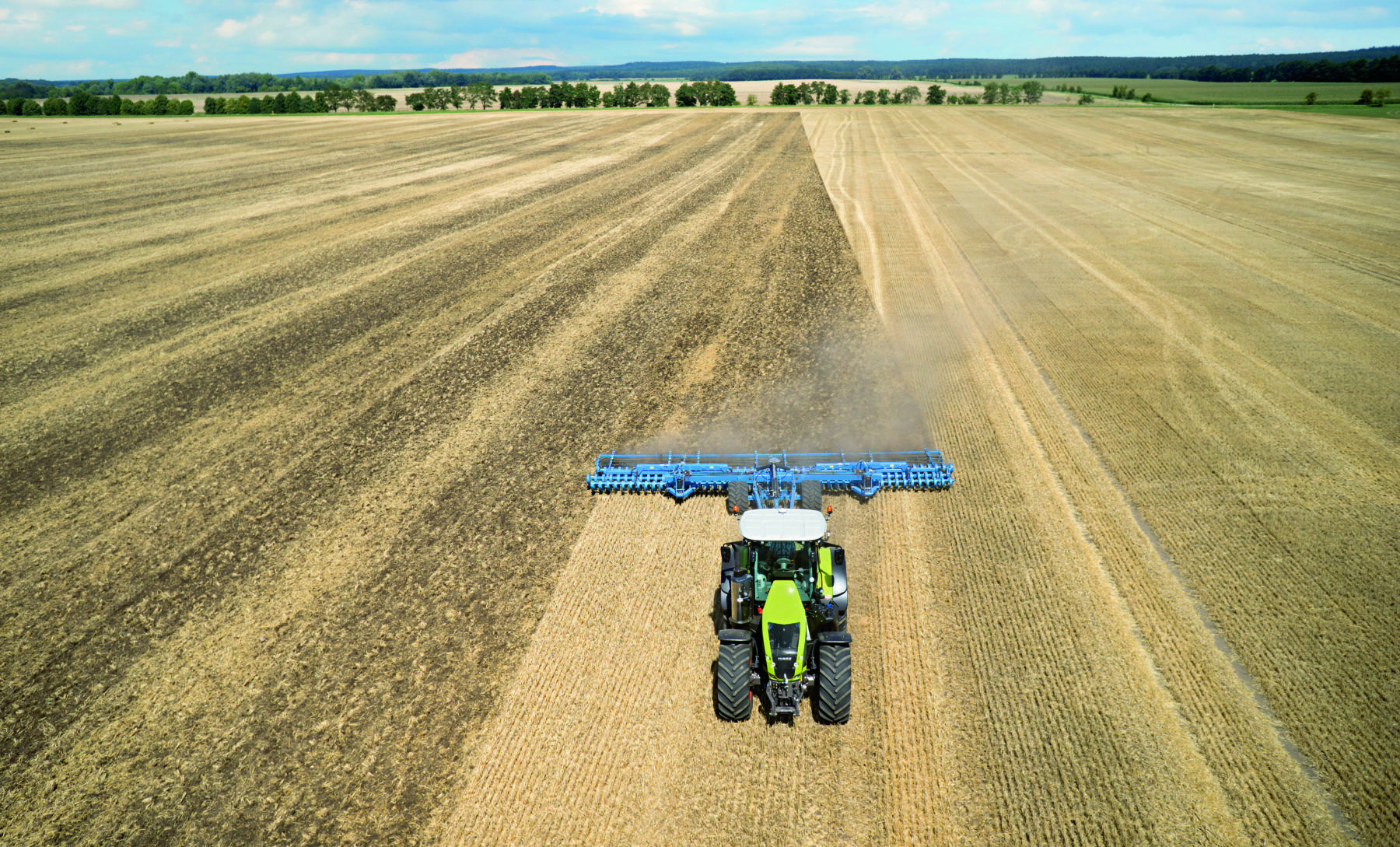 To see this for yourself, please contact your local Claas dealer to arrange a demonstration. Learn more about the AXION 900 here