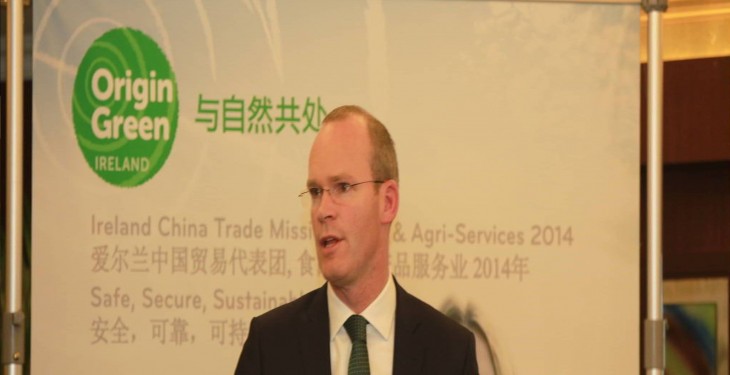 Chinese veterinary inspectors are in Irish beef factories this week, the Minister for Agriculture Simon Coveney has said.

The Minister said that the Chinese inspectors will analyse Irish beef factories and if all goes well, Irish beef could be on Chinese shelves within the next six months.

According to Minister Coveney, Chinese vets are in Ireland to analyse Irish beef slaughtering and processing facilities over the course of a week.

China has not taken Irish beef since the BSE crisis but the Minister said he is very hopeful he will be able to announce Irish beef exports to the Chinese market soon.

Speaking on a Trade Mission to China last month, Minister Coveney said that beef imports into China may well increase by one million tonnes per annum over the next number of years.

”This represents a growth in the market of around 4 billion. And we must be part of it.

“The added bonus for Irish processors is that they will be able to target the every high end of the Chinese market. This encouraging news must also be assessed in tandem with the expectation that Irish beef will soon be sold in the US. Both developments represent a tremendous news story for Irish agri food and, in particular, Ireland’s beef producers.”

The Minister also confirmed that he had requested permission for additional Irish pork processors to secure access to the Chinese market.

“Pork exports to China have been a good news story for Irish companies over the past number of years. And, obviously, we want to build on this for the future,” he said.