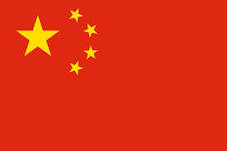 Beef shortages on the domestic market in China have continued to support rising imports for most of the first half of the year according to EBLEX.

EBLEX also noted that it is unsurprising, given the spectacular explosion in volumes last year, that the year-on-year uplift has started to slow.

In June, it says volumes were actually lower than in the corresponding month last year and there is a possibility that high global prices could be limiting the affordability of beef in China, which may curtail the import demand to some extent as 2014 progresses.

However, any slowdown could also be consistent with an anticipated year-on-year drop off in production in Australia according to EBLEX.

With shipments from Australia in June lower year on year,  they lost their position as the primary supplier into China to Uruguay for the first month since February 2013.

EBLEX says the ban on Brazilian beef, in place since December 2012, has done much to drive Australian trade to a current market share of around half. While this situation is expected to continue for some time, the recent announcement that China has lifted its ban on exports of Brazilian beef could impact on trade patterns.

While currently only eight Brazilian slaughterhouses have permission to export, nine more are prepared should the Chinese authorities grant them approval. EBLEX also noted that since the ban Hong Kong has become a major destination for Brazilian beef. However, shipments could ease with direct access regained to the Chinese market.

EBLEX comment that forecasts by the Chinese government for an increase in beef production looks ambitious, with the current challenges to China’s domestic beef industry, including high input costs, production methods, weather constraints and disease.

It says it is likely that China will have to continue to increase beef imports to meet growing demand for the foreseeable future.