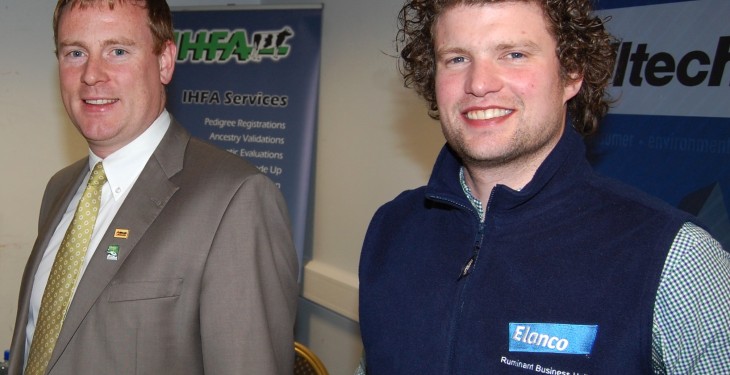 “The key driver behind this unwelcome development is cows experiencing excessive negative energy balance during the transition period. Ketosis is a Gateway Disorder leading to a host of other health related problems, including displaced stomachs, retained cleanings and increased fertility problems during the subsequent breeding season.

“And the associated costs can range from €250-600 per affected animal. There is also the added stress on farmers in having to cope with sick animals.

“Older cows, those carrying twins and animals with a history of metabolic disorders are most at risk of developing ketosis. There is also evidence to show that heifers calving down beyond twenty seven months are also more likely to be affected.

“Many farmers will often comment about their heifers simply wasting away during the weeks post calving. In most of these cases ketosis will be the problem at hand.

“The development of the new Keto-Test allows the immediate identification of the metabolic disorder using milk stripped from individual cows. Both high risk herds and individual high risk cows can be identified using the test.”

As the Elanco representative went on to point out, identifying the challenge of ketosis should be part of a multi-faceted approach taken by milk producers in managing cows effectively through the all-important transition period.

“It is now universally recognised that a cow’s new lactation begins the instant she is dried off. But even prior to this, milk producers should be aware of the need to ensure that cows are dried off with the proper body condition score. It is recommended that cows should be dried off at a Body Condition Score of 2.75, on a scale of 1 to 5. The optimal condition score at calving should be 3.25. I also strongly advise the feeding of high fibre forages throughout the dry period, as a means of reducing cows’ predisposition to milk fever.”

Turning to the nutritional requirements of the freshly calved cow, the Elanco vet stressed the absolute importance of keeping the period during which the cows is negative energy balance to an absolute minimum.

“Cows in negative energy balance will have a depressed immune system.”