The cattle trade has firmed with strong demand coupled and tight supplies reported, according to Bord Bia.

It says the trade is reported as strong in the UK and steady across the Continent.

In its latest cattle price update, the IFA says factories are quoting a steer base €4.25/4.30/kg while heifers are being quoted ast €4.40/kg

The latest cattle supplies at export meat plants for the week ending June 20 stood at 29,000 head, which was over 7% behind supplies for the same week last year. 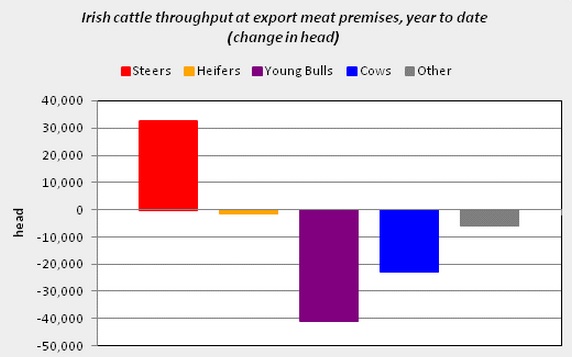 In Britain, Bord Bia says reported cattle prices from the AHDB for GB R4L grade steers were averaging at Stg 347.3p/kg (equivalent to 487.8c/kg) for the week ended June 20.

The trade was reported as improving on the back of tight supplies while good weather is expected to increase demand for barbeque products, Bord Bia says.

In France, Bord Bia says little change has been reported while in Italy, it says the trade remains steady.