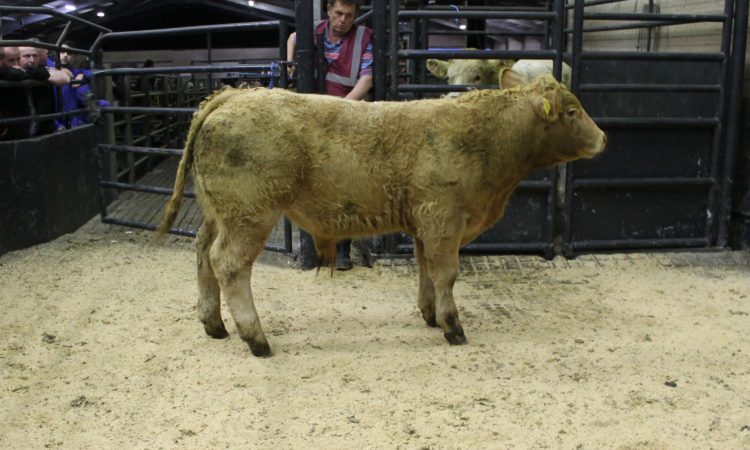 Starting with the weanling trade, exporters have continued to drive the demand for good-quality bulls at sales over the past week.

At Gort Mart’s spring-born weanling show and sale on Thursday last, September 26, the weanling bull trade was brisk, with a number of exporters purchasing 30% of the bulls on offer.

Again this week, exporters are actively sourcing stock from all parts of the country. This is having a positive effect on the weanling bull trade.

However, plainer-quality weanlings are a poorer-trade, with weanling heifers easier than their male counterparts

The forward and store cattle trade still remains difficult. The backlog of cattle still to be slaughtered has since been added to by farmers with deteriorating ground conditions, with farmers slow to return to the marketplace.

The fine weather which braced the country two weeks ago seems like a distance memory, with some farmers having no other option but to house or market some of their stock.

Last Thursday’s sale (September 26) in Raphoe Mart, Co. Donegal, featured a better entry of cattle than the previous week’s sale, according to the mart manager Anne Harkin, with plainer Hereford and Angus cattle increasing in price – selling up to €2.00/kg in some cases.

Anne noted that buyers were in the market for “in-spec” cattle which lead to a good trade for these lots.

Moving to heifers, beef lots made €450-705 over, while lots which require further feeding sold for €350-655 along with the weight.

A large sale of cattle took place at Dowra Mart, on Saturday, September 28, according to the mart’s manager Patsy Smith, with both bullock and weanling bull prices improving.

Almost 120 dry cows went under the hammer and the trade for these – especially the heavier lots – was easier, Patsy said.

Weanling heifers weighing under 300kg sold to a top price of €720 or €3.00/kg. This was achieved by a Charolais heifer weighing 240kg.

Other prices in this section included €710 for a 285kg Charolais heifer and €710 for a Limousin heifer weighing 280kg.

A number of dry cows also went under the hammer on the day; some sample prices are listed below.

Some 800 weanlings went under the hammer at Carnew Mart on Wednesday last, September 25. The trade was reported to be strong for quality lots suitable for export, with a top price of €1,820 paid for a Belgian Blue bull weighing 532kg.

The mart manager David Quinn noted that plain stock continue to be a difficult sell.

Looking at the heifer trade, beef lots made €530-810 over and continental store heifers fetched €380-720 over. Early-maturing Hereford and Angus heifers made €250-460 along with the weight.

Some 800 cattle went under the hammer at Kilkenny Mart on Thursday last, September 26. A good yard of quality continental cattle was reported by the mart auctioneer George Candler, with more farmers gathered around the ring.

He noted that heifers were in short supply, but quality lots sold up to €2.50/kg. However, cull cows were a more difficult sell. 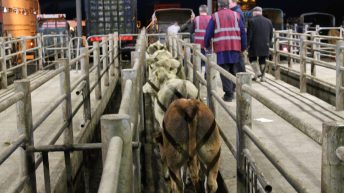 Pics and prices: Exporters drive the trade for weanling bulls at Gort Mart