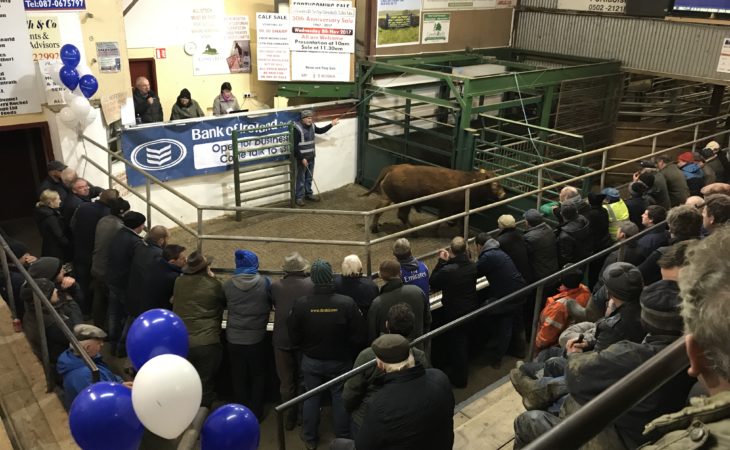 Beef cattle prices have remained under pressure in factories in recent days. This week, beef processors are offering 390c/kg for steers and 400c/kg for heifers.

The recent spell of inclement weather interrupted some marts last week. This led to smaller numbers and fewer customers in some cases. This has also intensified prices and some marts have reported increases of €30-50/head for cattle.

This comes as factory agents, farmers and exporters have made their presence felt at the ringside.

Again, where quality animals have been presented for sale, these lots have achieved the best prices. As has been the case in recent weeks, forward-type and short-stay cattle have proved popular.

Weanlings have met an improved trade – especially bulls. Quality lots have received prices in excess of €3/kg. In addition, mart managers have reported an increase in the number of calves going under the hammer.

Last Tuesday’s (February 13) weanling sale in Raphoe Mart, Co. Donegal, featured a “reasonable” entry of animals for the first weanling sale of 2018, according to the mart’s Anne Harkin.

She added that the quality of stock was outstanding and this was reflected in the trade.

Bulls sold to well over €3/kg in many cases, with heifers not far behind.

However, trade was reported to have remained steady, with all types of cattle proving popular. Harkin added: “Farmers, factory and feedlot agents all competed for stock.”

Despite the recent inclement weather and driving conditions, a “good turnout” was reported by the mart’s manager Brendan Egan. Trade was reported as brisk, with a lot of customers present trying to secure stock.

At last Thursday’s sale, bullocks, heifers and weanlings were a firm trade, while a full clearance was achieved in the dry cow ring.

Over 800 cattle were on offer at Saturday’s (February 17) sale in Balla Mart. Prices were reported to have increased by €40/head on the corresponding period in 2017.

In addition, over 100 cows went under the hammer last week and Murphy said these lots were in demand. The best of these, he said, was a December-2009 born Charolais cow. Accompanied by her Charolais bull calf, this pair sold for €1,630.

A smaller sale took place at Tullow Mart on Friday last. According to the mart’s Eric Driver, the trade was steady with a continued demand for forward store and beef cattle.

In the heifer ring, beef and forward types traded for €1.95-2.40/kg, while Hereford and Angus store lots sold for €2/kg and up. Furthermore, some continental U-grade stores made close to €3/kg.

Some 850 cattle and 450 calves went under the hammer in Carnew Mart, Co. Wicklow, on Saturday last. The trade was reported as “excellent” with 300 weanling bulls meeting a strong farmer and exporter demand.

David Quinn, the mart manager, noted that there were more farmer customers for all types of store cattle.

400 calves were also on offer and these lots met a good farmer and exporter demand.

Ennis Mart’s annual cattle and show sale took place on Thursday last. According to the mart’s Danny Moran, there was some “cracking stock” on offer, but not too many beef cattle were entered.

“There was a lot of forward stock weighing 700kg upwards. These lots would make super cattle in six weeks,” he explained.

Moran also noted the smaller number of stores present at the sale. In addition, almost all of the cattle on offer – in the heifer and bullock rings – were continental types.

A larger cattle sale, consisting of 650 animals, was witnessed in Kilkenny Mart, Cillin Hill, on Thursday last. Quality continental type animals increased by €30-50/head compared to the previous week’s returns, according to the mart’s George Candler.

Aberdeen Angus and Friesian bullocks have increased by €20-30/head.

Candler also outlined that the reason for the lower numbers was due to poor weather conditions.

In the steer ring, Candler said quality beef and forward store lots sold well and the majority sold at €1.70-2.50/kg. 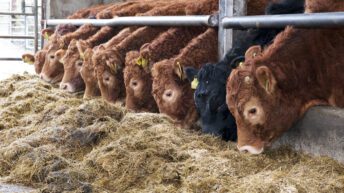 Irish heifer prices 17.5c/kg behind prices paid in the UK

Calls for a €200/suckler cow payment tabled in Dail motion