Carrick-on-Suir mart decides not to re-open 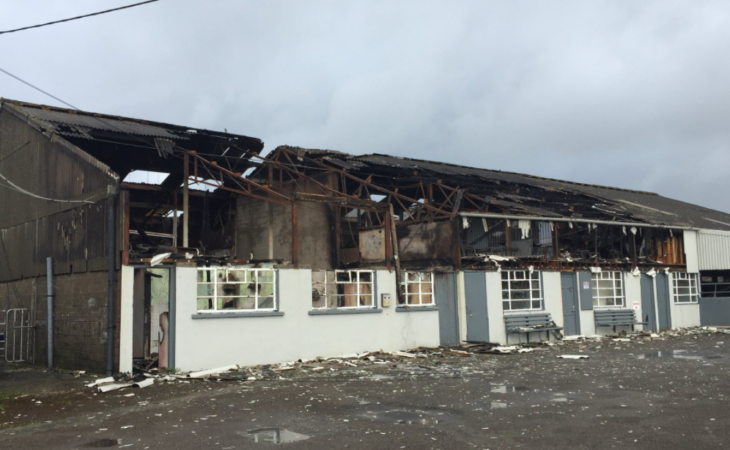 Carrick-on-Suir Livestock Sales has announced that it will not reopen following a fire that destroyed the premises earlier this year.

The key reasons for the decision are listed as being escalating insurance costs, coupled with the increased cost required for ongoing regulations facing the sector.

The news was announced by the mart in a statement through social media this afternoon (Monday, November 19).

The decision was taken by a majority of directors at a directors’ meeting on Friday (November 16), having considered all the options.

In the statement, the directors expressed their gratitude to all their customers and staff, both past and present, as well as to the catering service provided by the Duggan, Lonergan and Holden families.

“The directors would like to thank all their loyal customers who have supported them over the years, since the Mart opened in 1955.

“Carrick on Suir Livestock Sales have always had an excellent relationship with their neighbouring residents and would like to thank them for their support and forbearance,” the statement says.

“Similarly, the traders and the people of the town have always been supportive of the mart and for that the directors will always be grateful.

“The directors expressed their gratitude to the Department of Agriculture for their support and help over the years.

A word of thanks must also go to Tipperary Fire Service for their help on the night of the fire at the mart premises.

“Carrick-on-Suir Livestock Sales received much support from its friends in the wider mart circle at this difficult time and are very grateful for this support and would like to wish them all the best for the future,” the directors concluded.

Back in April, an electrical fire broke out at Carrick-on-Suir Livestock Mart, starting in the bathroom region of the building.

Also Read: Carrick-on-Suir mart ‘out of action’ until further notice

Harm caused to the premises was “considerable”, according to the mart director, John Curran, who added that, as a result of water damage, the mart’s computer network was destroyed in the incident. 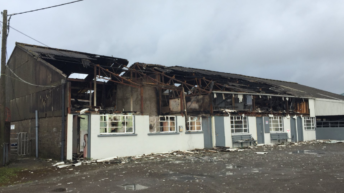 Carrick-on-Suir mart ‘out of action’ until further notice