The annual Irish Hereford Calf Show enjoyed its fifth instalment on Sunday, November 11, with crowds of spectators gathered round the ring to view the 120 animals entered for the event.

A statement from the Irish Hereford Breed Society remarked that the mild weather conditions allowed for “much more comfort in comparison to last years event, where temperatures fell well below zero”.

This year’s calf show brought the newly created ‘Calf of the Future’ class meaning there were five classes for both bulls and heifers.

Judging the pedigree classes at this year’s event was William Smith from Oldcastle, Co. Meath.

William is described by the society as a prominent Limousin breeder who has enjoyed great success over the years at various shows and sales around the country and across the water with animals from his ‘Milbrook Herd’ achieving recognition in many stock competitions. 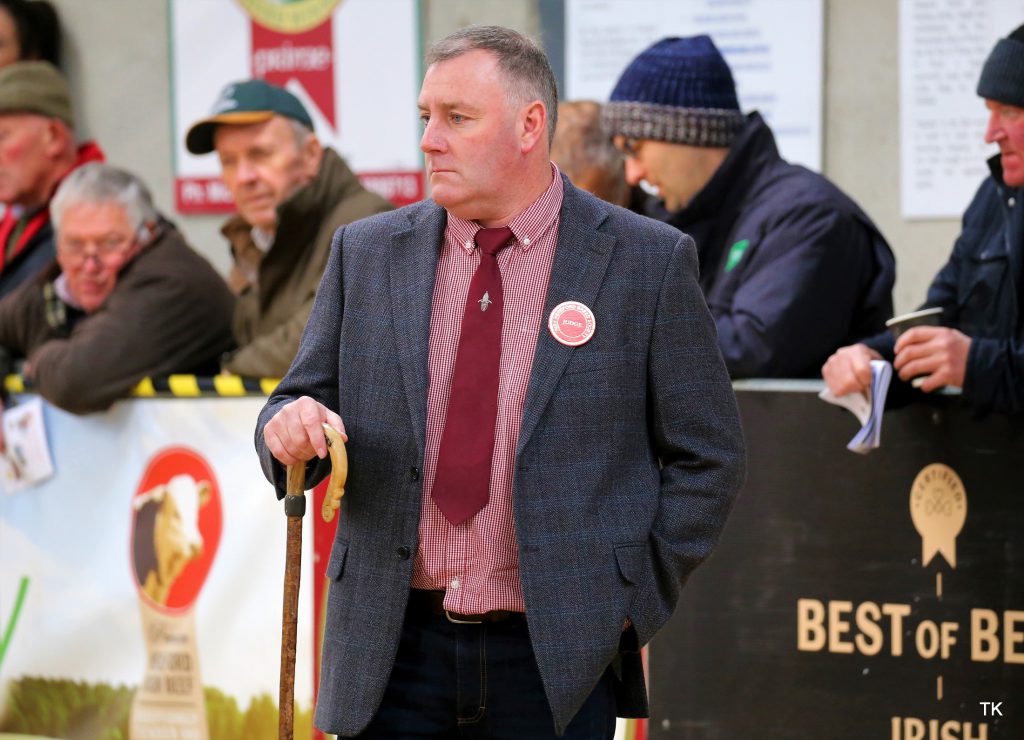 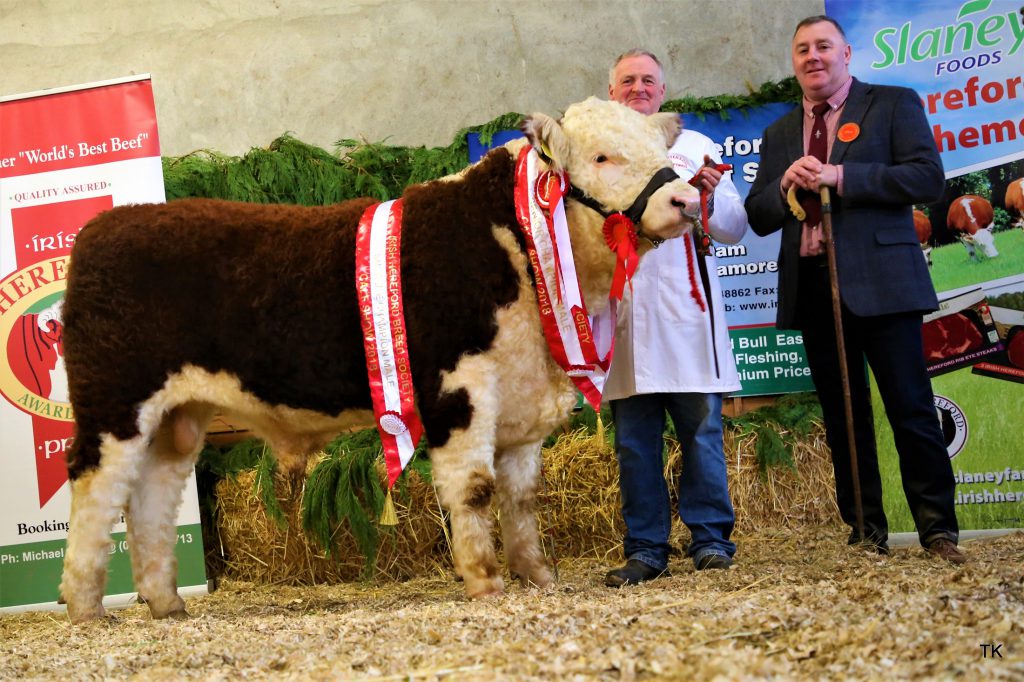 Reserve Supreme Male Champion was Michael Molloy’s Junior Male champion “Moyclare Royal”. The two bulls impressed many at the event and will no doubt impress again in five months time at the Spring Premier sale dated for March 31, according to the society. 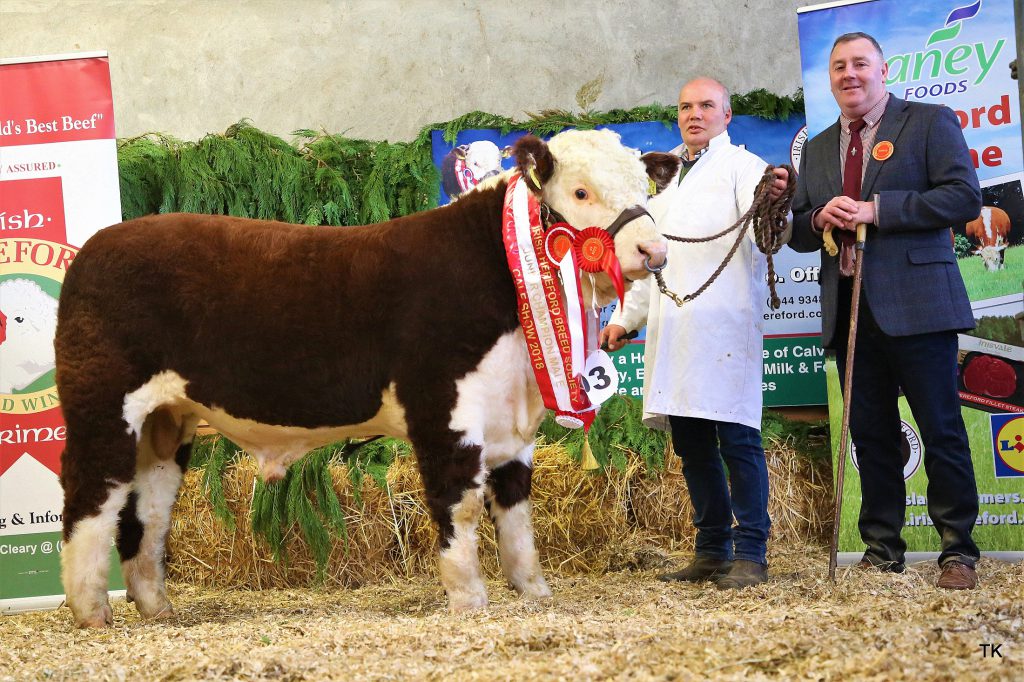 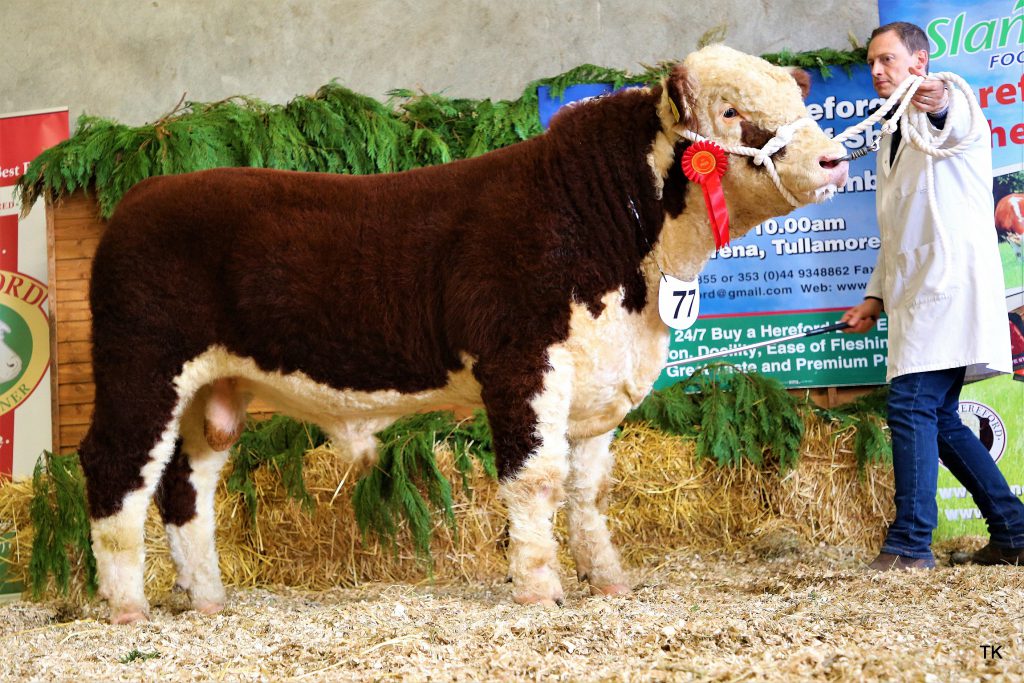 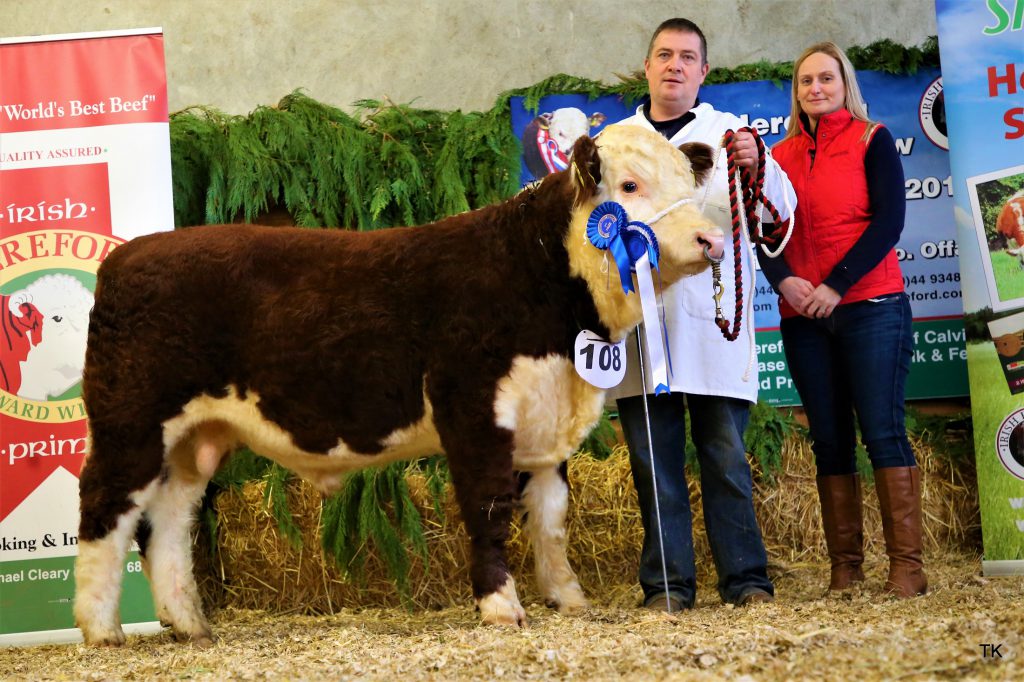 Moving onto the females, Padraig McGrath’s Kye Holly 818 impressed all at the event as one spectator approached McGrath to try and purchase the animal shortly after she won her class, according to the society. 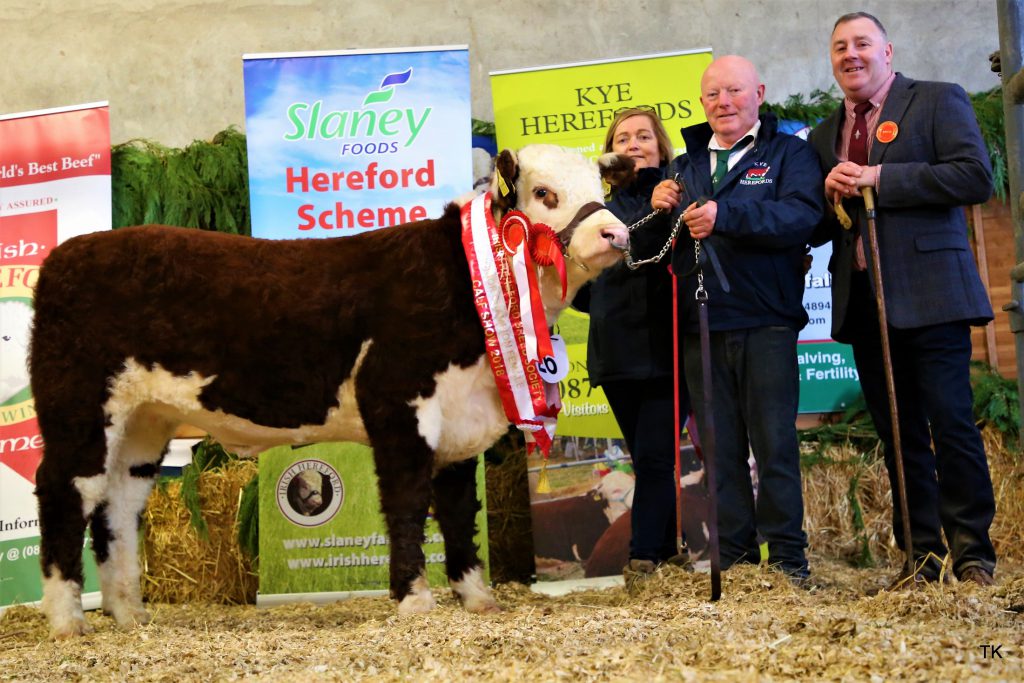 Padraig was hesitant to part ways with his stylish heifer but it’s understood that a substantial fee of €4,000 secured the transfer for the new owner.

Kye Holly 818 didn’t stop there however as the judge tapped her froward as the Supreme Female Champion shortly after she had just won Junior Female Champion. 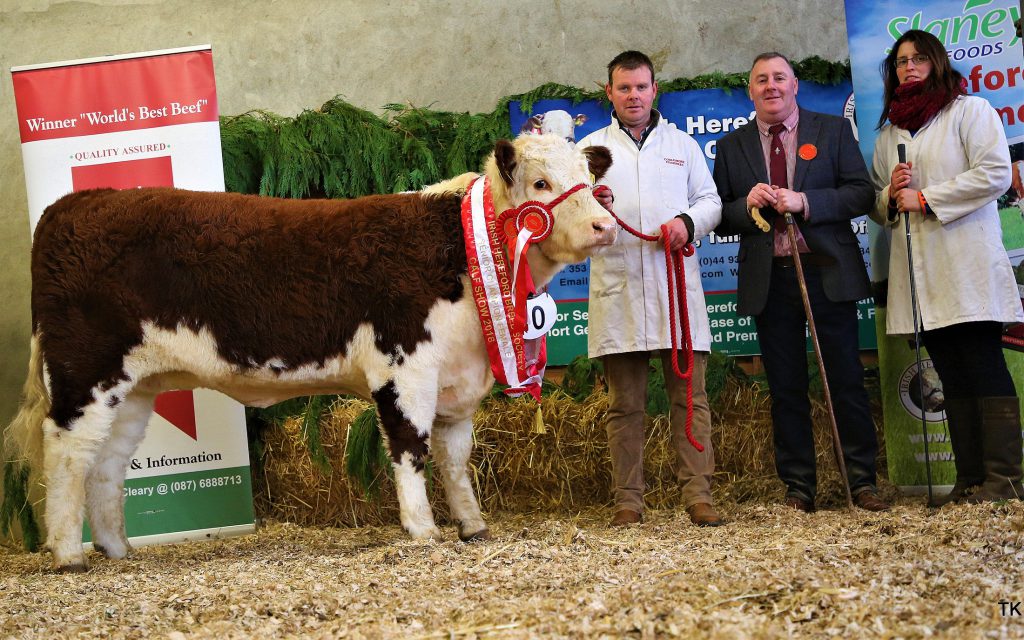 Sydney enjoyed a formidable show season achieving top honours at many of the shows she attended and will no doubt develop into a terrific cow for the Corlismore Herd, according to the society. 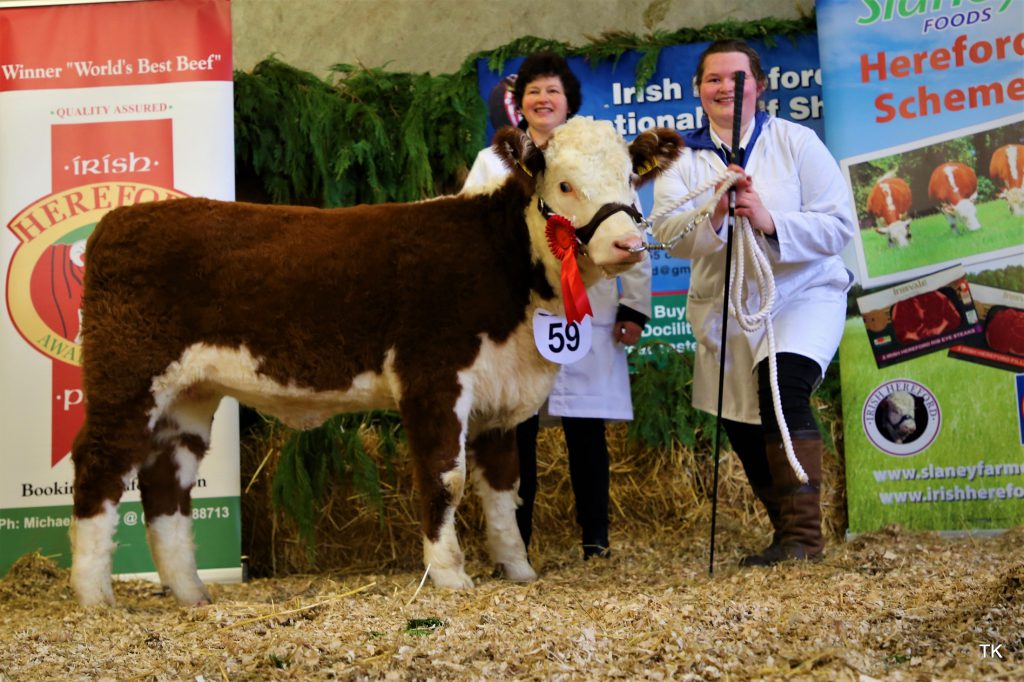 Concluding, the society expressed its thanks to all who attended the event on the day and in particular to the work of the North Leinster Hereford Branch who hosted the event.

The society also expressed its appreciation to William Smith for judging the proceedings.

Factory quotes: Steer base price up 20c/kg and rising