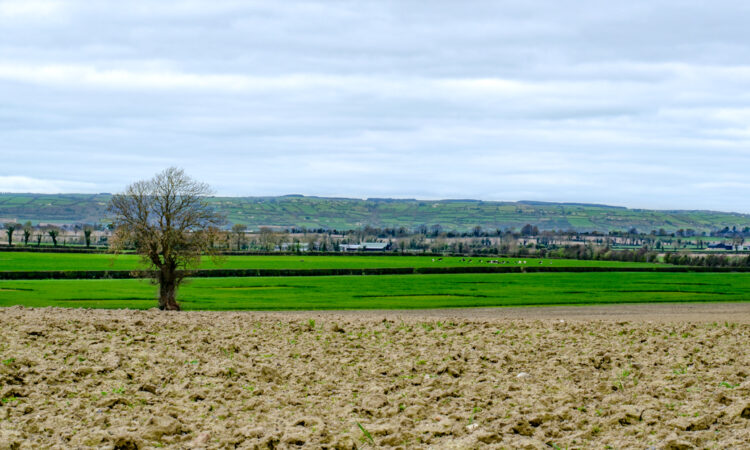 A number of Irish farm leaders have made it clear to AgriLand today (February 7) that a roll-over of the current Common Agricultural Policy (CAP) can only benefit the industry where payments are capped and the Brexit impact is shouldered by member states.

Concerns have been mounting in recent days over “transitional arrangements” being implemented to allow the current CAP to roll over for a period of up to three years in the event that the 2021-2027 programme ends up being trashed out in Brussels after the May deadline.

Also Read: Concern mounts that next CAP reform will be pushed back

Eamon Corely, chairman of the Beef Plan Movement, said the focus now needs to be firmly placed on the family farm and capping payments within the policy at €50,000.

“The idea of CAP was to bridge the gap between the cost of production and cheap food and it has become more environmentally friendly focused in recent years; the reference years, in our view, would be way out of date and any future CAP would have to move forward on this and be focused on the family farm,” added Corley.

With regards to the capping of payments, Corley pointed out that, by focusing on the family farm, this would keep payments to a maximum of €50,000 and was one way in which to achieve the capping.

The beef chairman also said that “too much money” was being spent on the administration of CAP and this is a matter that needs to be tackled immediately.

“Money should be going to the farmer – not on administration; schemes have become very cumbersome and they need to become more farmer-friendly; where schemes are concerned farmers on the ground must be consulted,” he warned.

Meanwhile, the current CAP is not due to expire until December 31, 2020; under the new CAP reform proposals, member states must submit their individual CAP strategic plans to the European Commission by January 1, 2020.

In a statement to AgriLand, the Irish Farmers’ Association (IFA) said that its position on transitional arrangements is that if there is no agreement on CAP before January 1, 2021, “there must be a guarantee” on full funding with all measures continuing including BPS, ANC, GLAS, TAMS, BDGP, sheep welfare, KT etc.

A spokesperson added: “Farmers in GLAS must get a year’s extension to avoid a gap between one environment programme and the next; if a gap arose, it would have significant impact on farm income.”

Eddie Punch, general secretary of the Irish Cattle and Sheep Farmers’ Association (ICSA), said: “While the organisation welcomes the arrangements to continue with CAP, it is imperative that the budget is not cut.”

CAP reform is massive and is not simple or straightforward; the likelihood is now that the deal won’t be done because a new EU Parliament will have to be put in place and that will be followed by a new agricultural committee.

He continued: “Then the new commission will have to be approved; Phil Hogan could be moved on and we will then be faced with a new agriculture commissioner. So I don’t see the new CAP being done by 2020 and therefore a continuation of current CAP will be needed.”

ICSA’s general secretary went on to say there are concerns over a shortfall in the current CAP budget and how that could be “visited” on Pillar II of the policy.

“There also needs to be a provision for member states to cap payments. The UK’s exit from the EU adds a further complication and there are member states too who will contribute more to the budget than others. The only consolation is that, if Brexit ends up being a mess, CAP will be there.”

The Irish Creamery Milk Suppliers’ Association (ICMSA) president Pat McCormack said the key issue for farmers is the maintenance of the existing budget for both Pillar I and Pillar II during the transition period.

He also pointed out that existing schemes should be rolled over until agreement is reached on the new CAP.

I see some MEPs made comments at a meeting recently and speculated as to whether or not we would need a transitional CAP as it is most unlikely that an agreed CAP would be ready at any stage next year.

He added: “They cited Brexit as the obvious reason why we might need that transitional arrangement – and obviously we can see why that would be the case.”

McCormack went on to say that a no-deal Brexit would represent “a catastrophic threat” to Irish farming and the wider agri-food sector.

“The ICMSA would concur that we will need to pause and work out the exact effects of whatever arrangements apply after March before we move forward towards the next CAP.

“We would be particularly interested in the commitment – which will have to be made – that the remaining member states will ‘make good’ the CAP funding shortfall left by the UK’s departure. This is the critical issue that not only must be addressed in a transitional CAP but also on the new CAP.”

IFRG calls for ballot of farmers on CAP 2020 proposals