How can we build on the IFA beef protests? 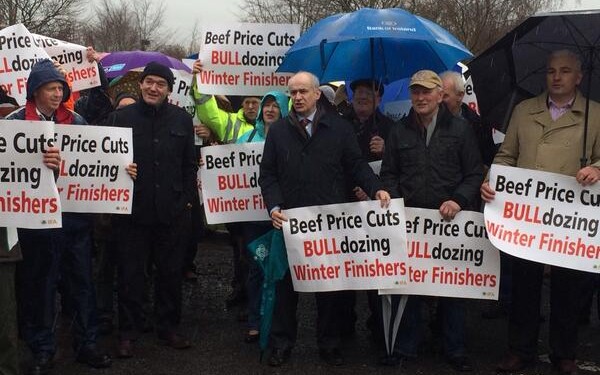 COMMENT: The Irish Farmers Association’s (IFA) decision to take farmers on to the streets yesterday certainly succeeded in highlighting the pressure on beef producer incomes at the present time. But the question now is: where does the organisation go from here in order to secure a more transparent and sustainable beef market for Irish farmers?

If the market trends of the past few weeks are to become a permanent feature of the beef and livestock trade in Ireland, then every cattle producer should immediately give up the ghost. Or to paraphrase a motto made famous during the miners’ strike of the 1980s in Britain: would the last person leaving the country, please switch off the light!

The current trend in market tends is worrying enough. Adding another level of worry is the fact that beef finishers will, almost certainly, be the big losers as Europe moves inexorably towards a flat-rate single farm payment system. And then there’s the 40 per cent increase in growth target for the beef sector, contained within the Harvest 2020 strategy document.

Given the developments of recent weeks, could we now be looking at the eventuality of this target being achieved on the back of farmers being financially worse off? Assuming a realistic hike in Holstein/ Friesian bull beef output, in tandem with a corresponding increase in black and white cull cow slaughterings, such a scenario is not beyond the realms of imagination.

What’s needed for the beef industry now is a long-term, cohesive development plan, similar to the one which the dairy sector is now implementing. But setting growth targets is not good enough: what’s required is a coherent strategy, which can only be developed by bringing all of the relevant stakeholder groups around the table and getting on with the job in hand.

Irrespective of the big picture that evolves from this process, the one fundamental bulwark that must be put in place is that of an effective communication system, involving farmers and processors. It’s, simply, not good enough for the plants to turn around on a Monday morning and declare that prices are to be cut, let’s say, by 20 cent per kilo that week. At a very fundamental level this is an insult to farmers with cattle ready for slaughter, animals which they had been, most likely, feeding for months beforehand.

There is an absolute requirement for the Irish beef industry to have a viable future. For this to happen, beef farmers must be given clear, long-term guidance from the plants regarding the needs of the market on an ongoing basis.