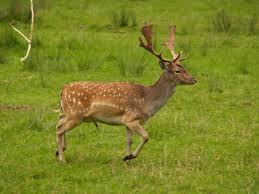 The Irish Farmers Association (IFA) is again calling on for an effective national deer management programme to address problems faced by farmers and landowners.

IFA president Eddie Downey has said the move to implement a deer management programme on a pilot basis in Co Wicklow must be the first step in the rolling out of a national Programme. He said an effective management programme is needed urgently to curb the population, which is out of control and is causing serious damage to farms around the country.

The IFA president recently undertook a visit to Co Wicklow, where he visited a farm affected by the number of deer in the area. Downey also held meetings with local farmers to discuss their concerns.

IFA has identified the many problems arising from the failure to maintain the deer herd at a sustainable level, and made a submission over a year ago as part of the Department of Agriculture’s Deer Management Policy.

“Grass is disappearing; crops, forests and fences have been damaged, the safety of farm families is at risk and the health of their herds jeopardised. The inaction by a number of Government Departments on this issue up to now has been inexcusable. As the deer population continues to expand, these problems are arising for farmers in every region of the country,” Downey outlined.

The IFA President said both Coillte and National Parks and Wildlife (NPWS), which are significant landowners in the country, have to step up to their responsibilities in this area.

He said it was ludicrous of the NPWS to suggest there was a danger to the deer population, when the opposite is clearly the case.

“We need to see a targeted programme that safeguards the deer herd and protects farmers from the problems of too many deer.”