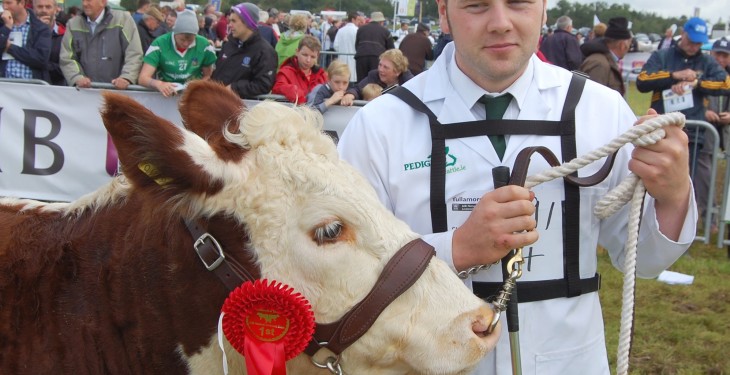 Irish Shows Association (ISA) President Jim Harrison has called on the Departments of Agriculture in Dublin and Belfast to agree measures which will facilitate the easier cross-border movement of cattle, specifically in the context of these animals’ participation at agricultural events.

Speaking at the ceremony held to officially open this year’s Tullamore Show, he said it is possible to move cattle north south and south north at the present time.

“But it is a very bureaucratic process, one which acts as a deterrent for many breeders of pedigree and top quality commercial livestock. As a consequence the potential for all of our top shows, North and South, to provide a platform for breeders throughout the island is not being fully realised.”

He said that this is unfair on the breeders. “It is also unfair on those attending our shows, who are missing out in seeing the widest cross section of the top quality livestock bred in this country.

Meanwhile Minister for Agriculture, Food and the Marine Simon Coveney may have let the cat out of the bag in suggesting that Tullamore could – and should – become a two-day event. He alluded to this possibility during his official opening remarks at this year’s event.

“There is tremendous scope to extend Tullamore beyond what it is today. I thoroughly enjoyed taking part in last night’s Forum and Networking event for the livestock industry. Initiatives of this nature can certainly be built on for the future,” he said.