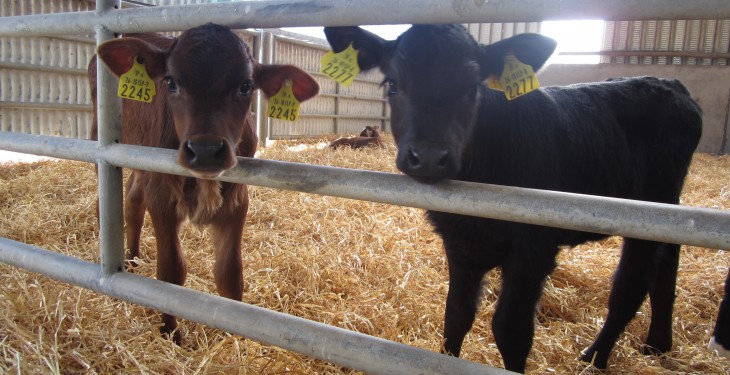 Speaking at the recent Teagasc Farm Facilities Event in Rathcormac, Co. Cork, the Kanturk Dairy Advisor said that calf housing is often the last priority on many farms, but this can be detrimental to herd productivity.

According to the Dairy Advisor, adequate and proper planned calf housing is essential for the development of healthy calves and future replacement heifers.

A good calf house should allow the calf to grow at optimum levels while also reducing the disease risk. To achieve this farmers must plan to ensure these two critical requirements are met, she said.

She added that on many farms calves are just put into the first empty shed which could be detrimental to the animal’s health.

This can occur from two reasons she said, the first being difficulty in cleaning out and bedding, which results in the build up of diseases and increases the chances of calves becoming sick.

“The calf shed must be easily bedded and cleaned out, this is essential for a healthy calf. The health of the calf is down to the bedding, a calf needs to have a dry lie,” she said.

Further to general cleanliness, the physical number of calves on the farm is also important as this can have a major impact on disease pressure.

In Ireland, approximately 60% of all spring calving dairy cows calve within a six week period so this is going to put added pressure on at calving time.

To reduce this pressure the Kanturk-based advisor recommends selling surplus calves as quickly as possible to reduce the disease risk.

“The quick movement of these animals from the farm will reduce disease pressure, as the density of calves increases the pressure on calves also increases.”

She also said that special consideration must be made when planning a calf shed, particularly to the physical size and structure of the shed.

The physical design of the shed should also be considered to ensure a well ventilated building, with minimal draughts, she said.

Such draughts cause chilling to young calves resulting in heat loss. This can be caused by a number of factors which includes poor shed location, inappropriate air inlets or improper fitting doors.

She added that good ventilation is also important, as this prevents the build up of air-bourne diseases, reduces the moisture in the air amd prevents both irritant gases and smell.