Farming just outside Newtownmountkennedy, in Co. Wicklow, are Tom Short and Dean Kelly who have recently gone into partnership together.

Dean has working been on Tom’s farm for the best part of nine years after finishing his studies at Waterford Institute of Technology. The duo decided in 2019 that they wanted to go down the route of milking cows and decided to go into partnership together on the new venture.

Tillage was and still is the main enterprise on the farm, with over 1,400ac of ground under or about to be sown this year.

The farm used to be home to beef cattle, but with the decline in beef prices, the farm went in a different direction and 250 ewes were run on the farm instead for about six to seven years.

However, Tom, who worked on a dairy farm in Cork over 40 years ago as a farm manager, and always had an itch to get into dairy himself, decided along with Dean that they would make the jump into dairying.

Therefore, in 2019, they decided to go into partnership and as of now, the new entrants are currently milking 87 cows, with 13 more yet to calve.

The duo put in a new 16-unit parlour, drafting system, exit race and crush all under the one roof. As well as installing a new parlour, a substantial amount of work and money was also put into improving the water system and fencing the grazing platform. 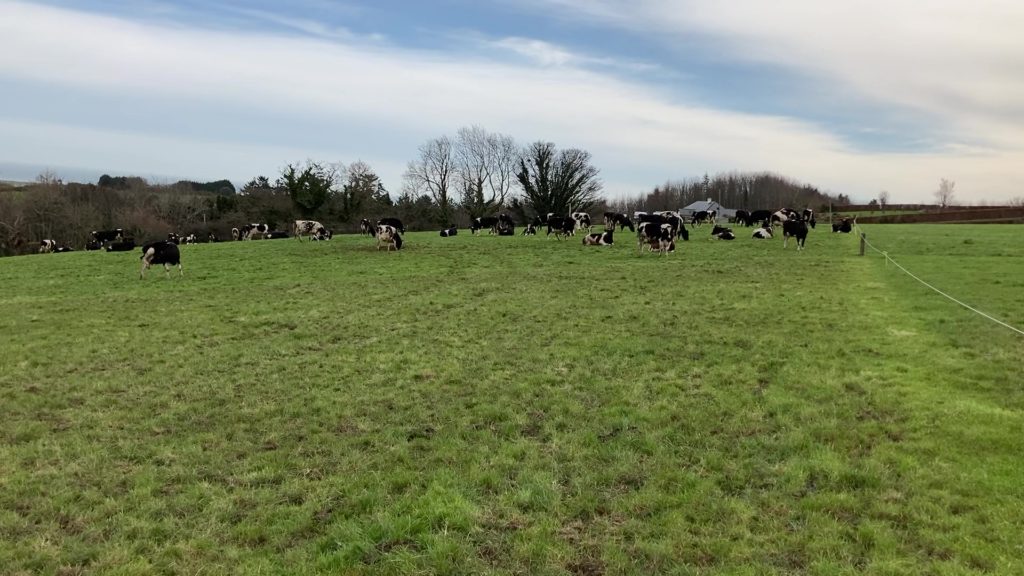 Speaking about going into partnership with Tom and going down the dairy route, Dean said: “I suppose for people looking in from the outside, it is a bit unusual; it would be more common to see partnerships within families.

I’ve been working here for nearly nine years and Tom and I get on really well and both of us had a real itch to try out dairying – which we decided on doing back in 2019.

“We both give time to the tillage and dairy. There isn’t just one of us milking seven days a week, we switch it around and Tom’s family helps us as well as full-time employee Jake Law.

“Our first calving season so far hasn’t been as intense as some other farms that would have a really compact calving period. We would have bought in heifers and put them in-calf ourselves and also bought in some in-calf heifers, so they weren’t all calving one after the other – which helped to ease us into it in our first year.” 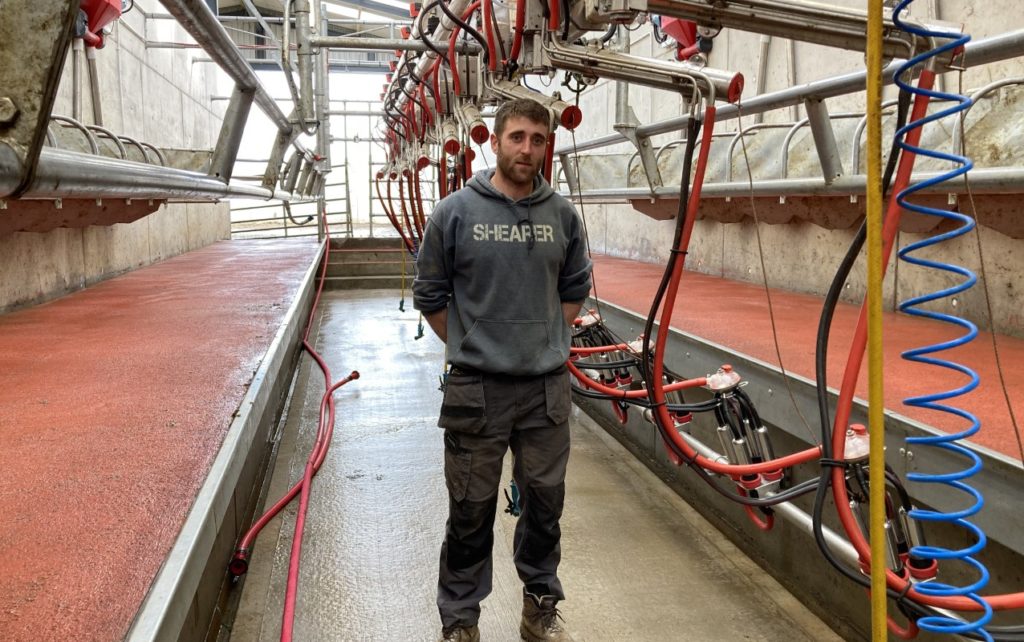 Going basic but having the option of adding to it

Dean and Tom – who supply Glanbia – took their time and looked at many different parlours before deciding on going with a Pearson 16-unit herringbone parlour, which can be increased to 20-units in the future as the groundwork is already completed for it.

The fact that it is Irish made and that you could start basic and add to the machine were what attracted Dean and Tom to the Pearson parlour.

Speaking to AgriLand about how they came to the decision to go with a Pearson parlour, Dean said: “As we are new entrants we knew it was going to cost quite a bit of money to get up and running, so we wanted to start off with a basic parlour.

“Now in saying that, it’s a good spec machine, we have automatic cluster removers (ACR’s), an auto wash system and we also put in batch feeders, as well as automatic exit gates and wrap-around entry gates. 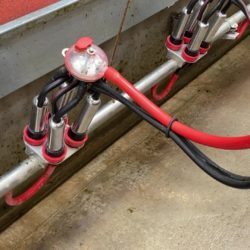 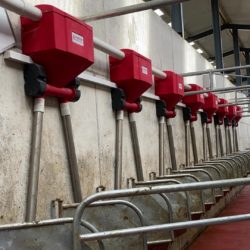 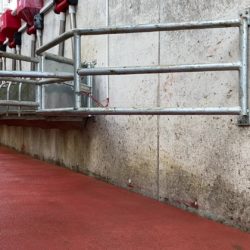 We didn’t go with a cluster flush system, feed-to-yield, or dumpline but the beauty about it is if we want to add these onto the parlour in the future we can, whereas with other makes we didn’t have that option.

“So I suppose it offers us more flexibility and that was what we wanted, as well as that there is an excellent backup service with it. The last thing we wanted to do was put in a basic parlour and then in a few years having to go and take it out and put in a higher spec one. That would have made no sense.” 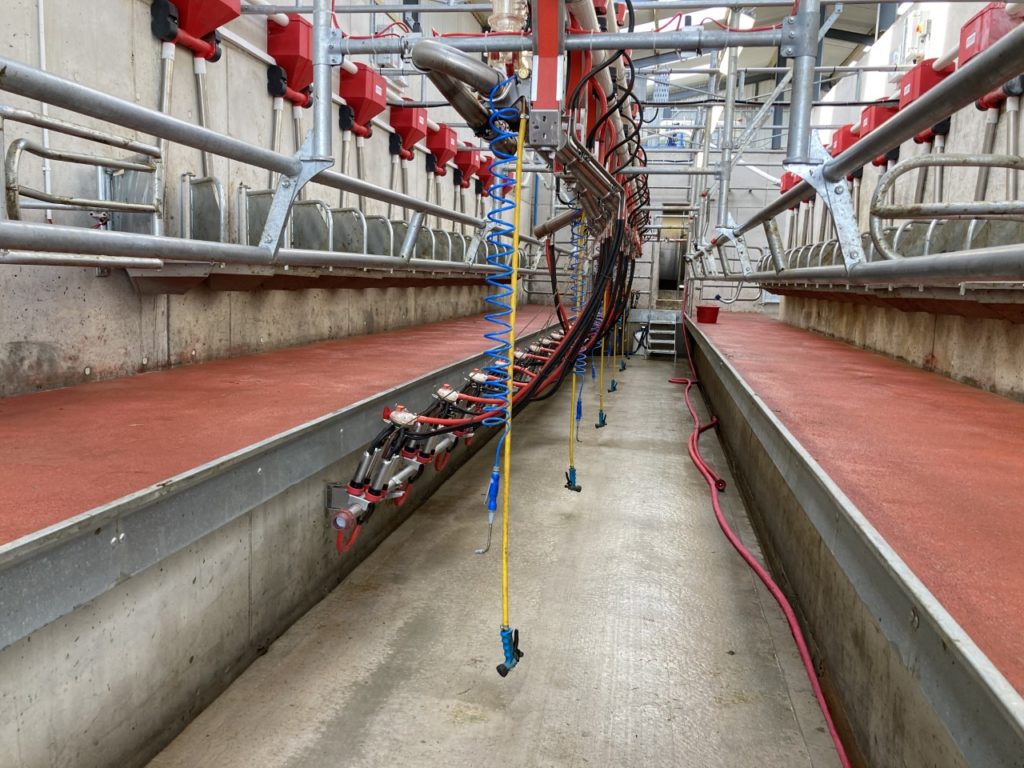 “A lot of work has gone into what we have today. It was like a massive jigsaw trying to put everything together,” Dean said.

Grasstec was heavily involved in the planning and the design of the project. Planning would have started in late 2019 and then work on the new build began in April of last year. It wasn’t a straightforward site to build on as there was a massive bank to dig out to get the site level with the rest of the yard.

Time was against the duo with the project only coming to completion in February. Although, Dean said that in the end it all fell together nicely in time for the busy calving season.

Dean and Tom did a lot of the groundwork themselves. Waldron Construction did all the concrete work, while TJ Garaghy erected the shed. Keadeen Dairy Services installed the parlour and drafting system.

All the gates and barriers for the holding pens, collecting yard, exit race and crush were sourced from O’Donovan Engineering, with Tom and Dean hanging and fitting them all themselves. All the electrical work was carried out by Conor Byrne. 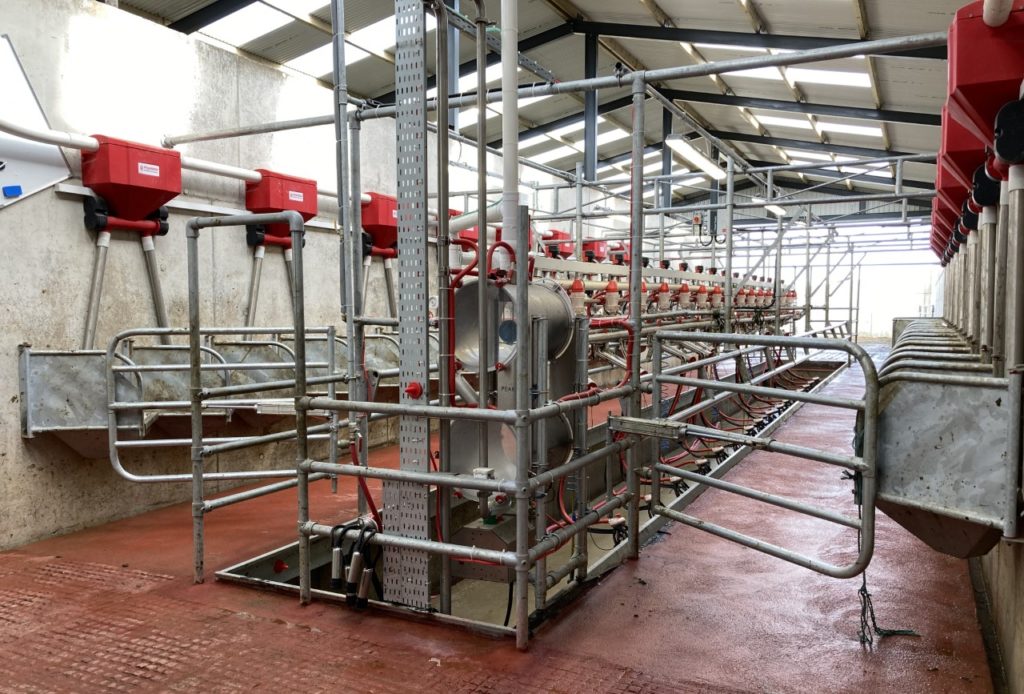 The parlour measures 5.48m wide and 18.5m long. Although it is a 16-unit parlour, the groundwork has been completed to increase it to 20-units if both Tom and Dean wish to do so. 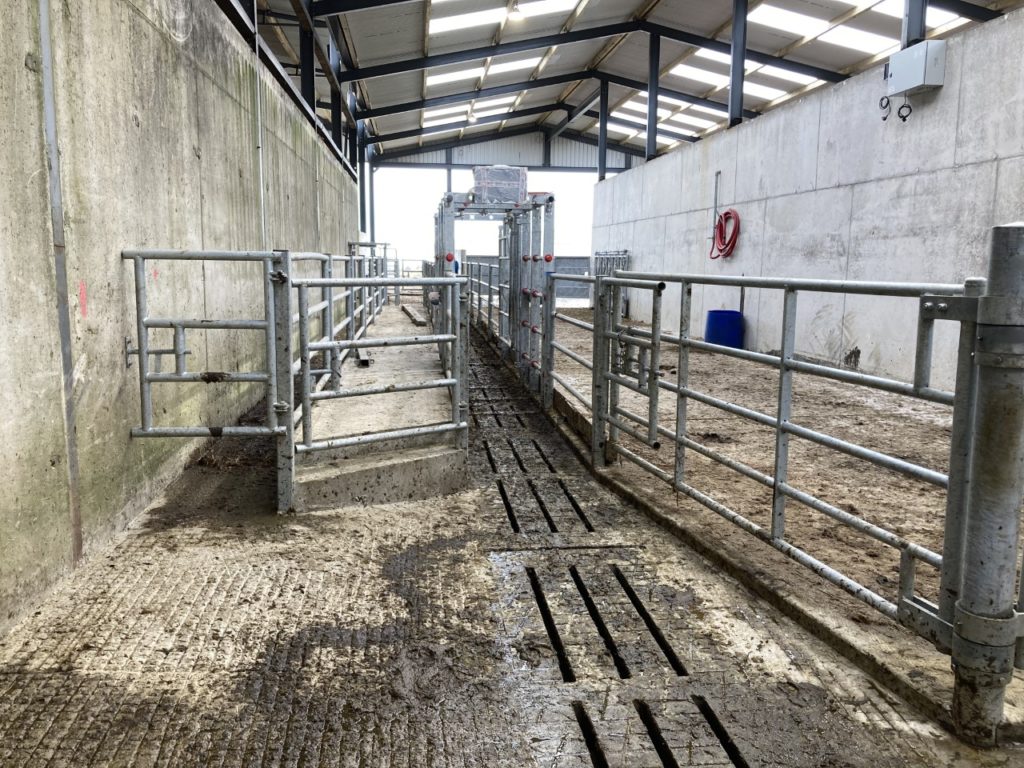 The parlour runs parallel to the drafting area, which is 7.58m wide. The crush is 0.76m wide, while the walkway and exit race are 1.0m and 1.025m wide respectively. The holding area beside the exit race is 4.8m wide. A Pearson drafting system was installed. 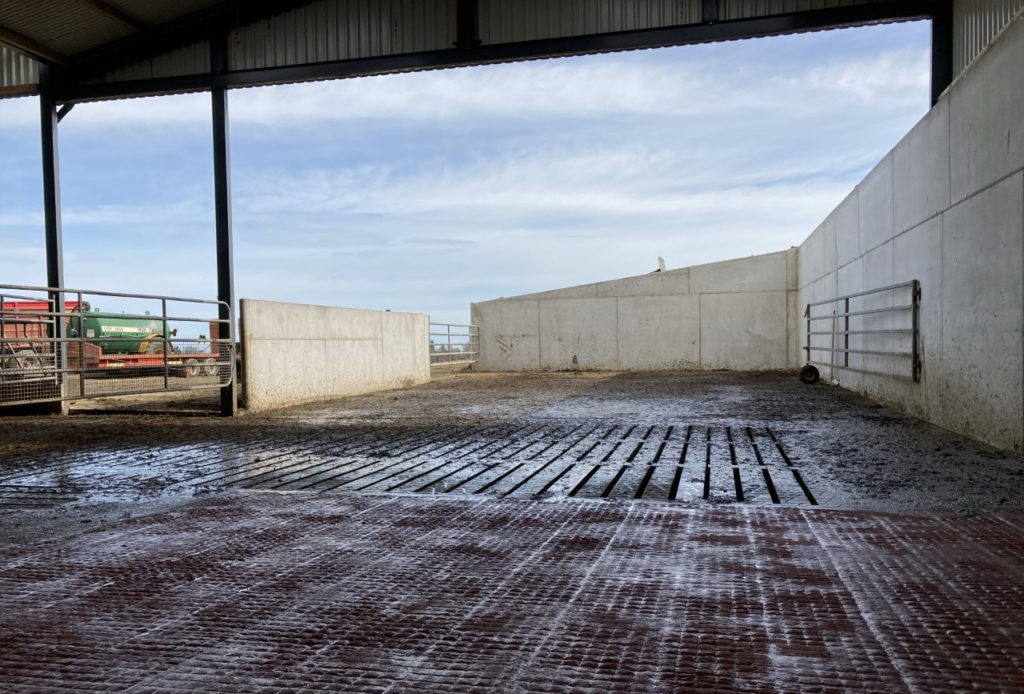 The parlour and drafting area is a very bright environment to work in with plenty of skylights installed as well as artificial lights.

Flow channels are located throughout the parlour, which catch any run-off; these are piped back to the slatted tank.

A 10,000L bulk milk tank was purchased. 16 cows can be milked at a time and it takes Dean and Tom approximately one hour and 40 minutes to milk the 87 calved cows thus far. A plant room, office and meal bin are located at the front of the build. 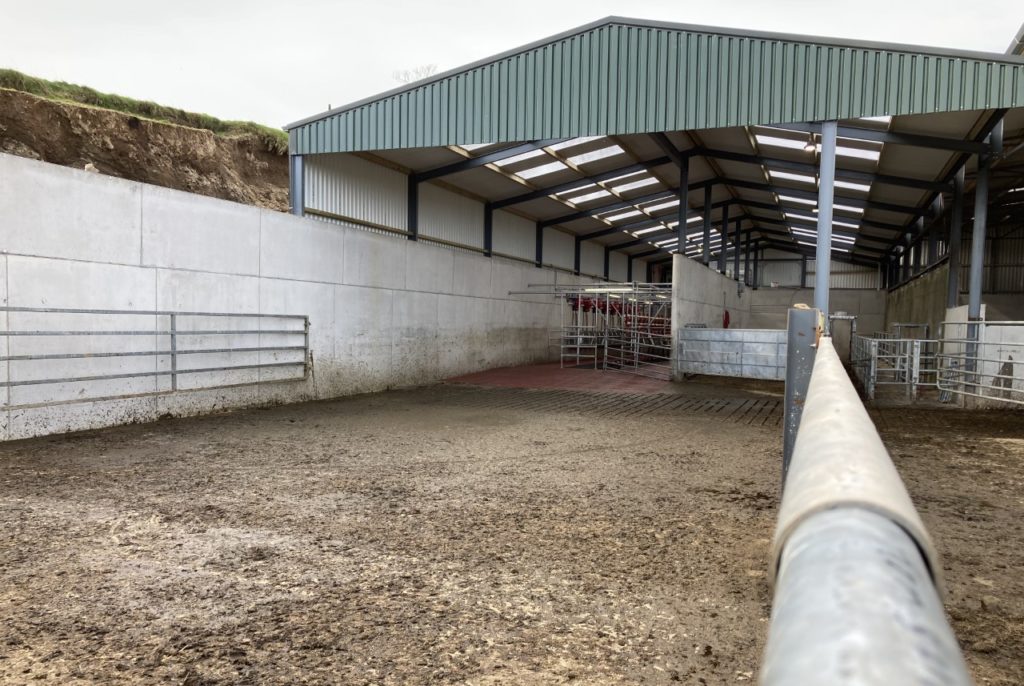 The cost of the new build worked out at around €4,500 per cow. The duo were able to avail of the Targeted Agricultural Modernisation Scheme (TAMS II).

Even though the tillage will continue to be the main enterprise on the farm, Dean and Tom, all going well, are hoping to push cow numbers up to 150 into the future.

Dean added: “We are going to see how it goes. This year we hope to be milking 100 cows and hopefully, we will be able to push that on in the years to come.

“We want to get what we have right first and then go from there. It was a big investment between the machine, the building and the stock, so we will see how we get on with it, but overall we are happy we went ahead and made the jump to dairy.” 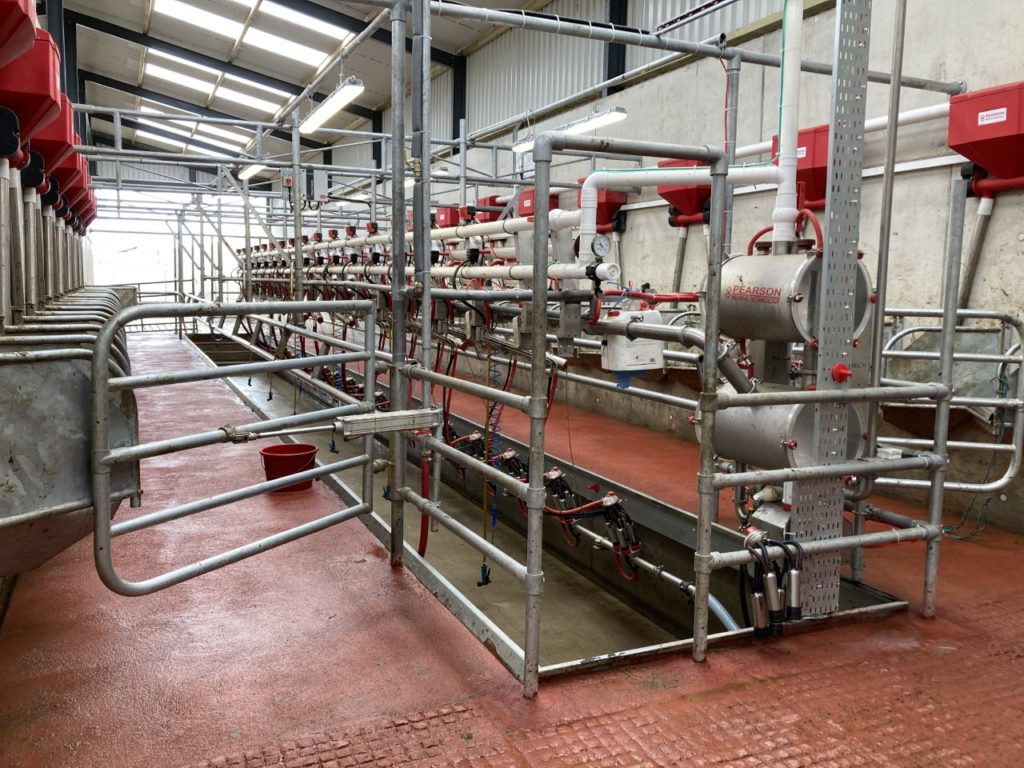