Breaking the mould: From city streets to milking 400 cross-bred cows

Originally from the city of Manchester, Matthew Jackson breaks the mould when it comes to dairy farming.

The 28-year-old is currently milking a herd of 400 cross-bred cows in North Wales, but his journey into dairy farming is quite unique.

Jackson isn’t your typical dairy farmer and he told delegates at today’s Positive Farmers Conference of his journey to making a career out of milking cows.

The first-generation dairy farmer explained that his passion for farming first developed whilst on camping holidays with his family in North Wales.

“From an early age my mother and father took me and my brothers to North Wales on camping holidays and this is where I discovered my passion for agriculture.

“I can’t say that I enjoyed school.

“I left it at 15 with no qualifications and after much debate, my parents agreed that I could go to the farm where we camped, to stay with the farmer and his family for a four month period, lambing sheep and milking his 35 cows.

“On my 16th birthday I bought a 50cc moped and this allowed me to travel and find more work.

I was working three jobs and learning from scratch, doing everything from stonewalling, fencing, sheep work and rearing turkeys for extra cash.

Jackson told delegates of his decision to travel to New Zealand as a 17-year-old to work as a shearing contractor, but he soon found out that working your body that hard was unsustainable.

“On my return I met with Rhys Williams and David Wynne Finch who were milking 1,100 cows on a New Zealand style, block calving, grass-based system just two miles away.

“At this point I was lost, but knew that I enjoyed milking cows, so asked for a full-time position and Rhys agreed, on the condition that I went back to New Zealand to be trained.”

The Mancunian spent the following six months in New Zealand working on a 400 cow dairy farm where he learned the importance of grass utilisation, grass growth, residuals and fertility.

I learned more than I thought was possible about something I was interested in and now passionate about.

In 2008, he returned to North Wales and took up the position as a junior herdsman on the 1,100ha farm, which he described as being a simple, efficient and profitable business.

Over the years, he moved from rearing 20 weaned heifers in 2008 to 82 heifers in 2011, while also building a good relationship with his bank.

“Mari [my fiance] and I never had a spare penny and this was a key driver.

I constantly wanted the challenge of just making ends meet and the thought of complacency was a no go area. 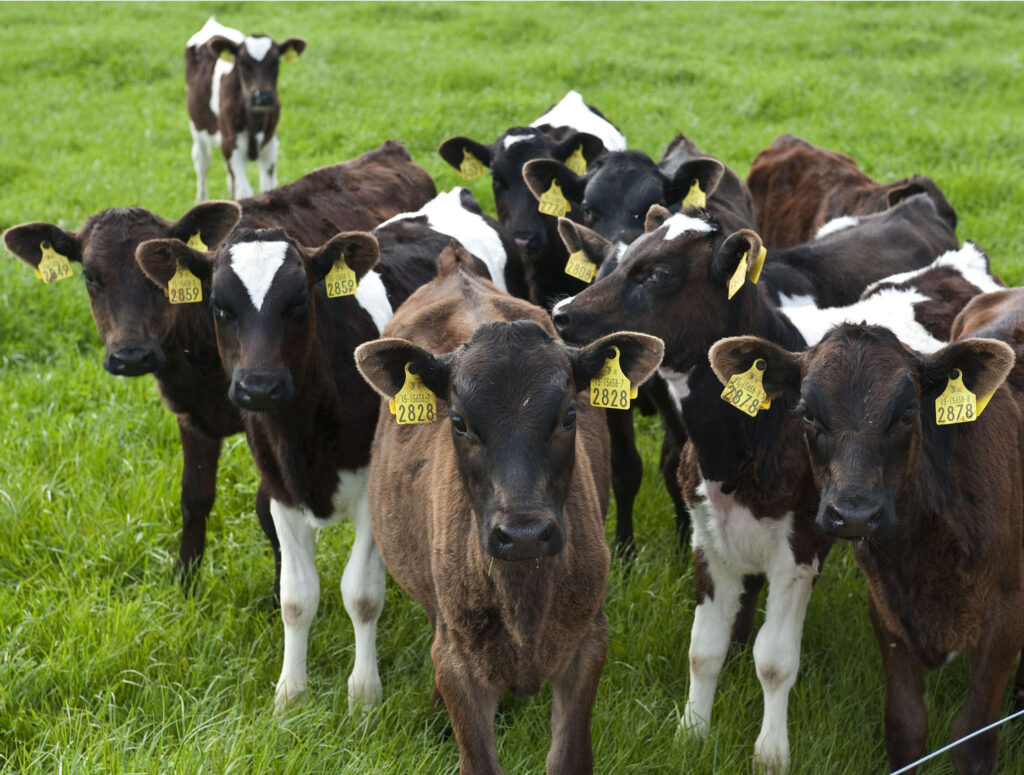 In 2011, the fledgling farmer was given the opportunity to travel to New Zealand and Australia through the Richard John memorial bursary to learn about contract rearing, share farming and contract rearing.

“I used the information gained to lease out 50 in-calf heifers for two years. By doing this I retained equity, whilst adhering my main objective of not becoming complacent.

“I realised that in order to continue growing, I would need to borrow money and I had built a good reputation and relationship with my bank,” he said.

“At this point we owned 50 leased cows, 109 bulling heifers and 110 weaned heifer calves.

“This is when I started thinking about share-farming and realised that soon I would have to either sell all of them before calving, lease them all out which was risky, or find an opportunity to milk them in my own right,” he said.

Jackson was then offered the chance to enter a share-farming agreement with David Wynne Finch, a move which he accepted and allowed him to develop a dairy farm on a 100ha green-field site.

The following year, 350 cross-bred heifers were milked through a 24/48 Waikato parlour with Automatic Cluster Removers (ACRs).

The farm runs as a one man band for nine months of the season, he said, and the farm is run with one full-time staff member and myself.

All young stock are contract reared, meaning we can focus on cows and grass, this is what we are truly passionate about.

This year, cow numbers on the farm have been lifted to 400 and he said that the business is a lean machine, generating cash and surplus stock, but Jackson also has one eye on the future.

“My short term goal is to locate a second unit, providing opportunities and to be involved in other people’s progression, sharing the cake and giving back to society.

“My long term goal is to replicate my short term goal,” he said.