The company insists that the €14.9 million decrease has been driven by a change in the licensed landfill tonnage as well as the further decarbonisation of Bord na Móna through its exit from the coal business.

Meanwhile, the company says that investments in the decarbonisation restructuring program and changes in energy market conditions have driven the exceptional costs and impairments.

Operating profit adjusted for exceptional costs increased €8.1 million on the year previously to €41.3 million and net debt reduced by €53.2 million to €22.9 million.

These announcements come on the back of a tumultuous couple of weeks for Bord na Móna after 150 job losses were announced in the aftermath of ESB’s decision to close the plant in Lanesboro, Co. Longford.

Also, according to this latest report, the company’s ‘Brown to Green’ strategy highlights the fact that 70% of Bord na Móna generated electricity will be renewable by 2020.

It also points to an “accelerated development pipeline” to deliver in excess of 3TWh of renewable electricity annually by 2030 – the majority of which will be delivered through onshore wind farms.

The company has also highlighted how 15,000ha of peatland has been rehabilitated and this will increase to 35,000ha “completely rehabilitated” by 2025.

Bord na Móna’s chairman Geoff Meagher said the results showed “a new Bord na Móna that has changed direction, travelling on the radically different, Brown to Green course that we flagged one year ago”.

It has not been an easy year for the company – decarbonisation involves a significant cost for our employees as well as a financial one.

He continued: “This is an essential part of our journey and that changed momentum needs to be maintained over the coming years.

“The prize for us in this transition is a new Bord na Móna that provides replacement employment over time in financially sound, sustainable businesses.

“It is a new Bord na Móna that is providing a range of low carbon goods and services to the Irish economy.”

“The decarbonisation and our Brown to Green strategy is well advanced,” he added.

The financial costs of this programme are clear, amounting to approximately €91.4 million which drives a €49.9 million deficit in this year’s numbers.

“Approximately €42 million of this involved the costs of the voluntary redundancy scheme while €10 million is being invested in new business projects.”

Donnellan went on then to say that the Brown to Green strategy is being delivered – in the first instance – through a range of initiatives including a 50% reduction in the annual peat harvest and the complete exit from the coal business.

It is also being delivered through accelerated development of our renewable electricity portfolio.

“The Brown to Green strategy will annually deliver in excess of 3TWh hours by 2030 and higher value recycling assets that will capture 70% of wastes otherwise bound for landfill,” he concluded. 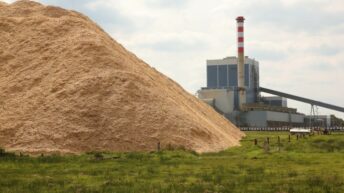