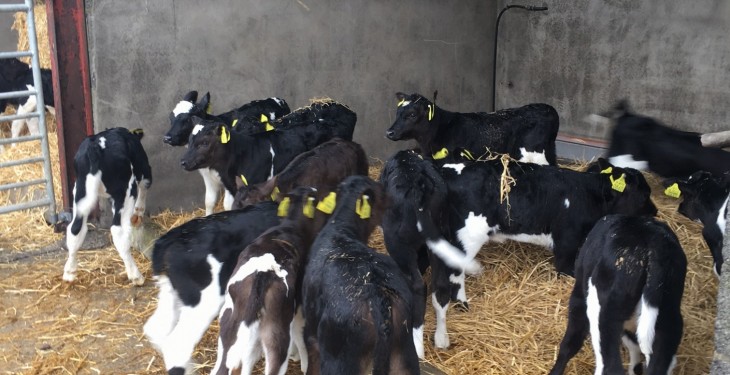 Cecilia Ruiz, Bord Bia Manager for Spain is confident 2016 will be a good year for Irish calf exports to Spain.

She says the drop in the number of animals carried over from last year in Spanish feedlots increases opportunities for Irish live cattle exports.

“Spain is growing its beef production and demand is expected to focus on good quality Friesian bull calves, along with beef-crosses coming from the dairy herd,” she said.

Bord Bia continues its promotion of live cattle exports in Madrid this week with a dinner for Spanish importers hosted by the Irish Ambassador to Spain, David Cooney with a menu featuring beef from cattle born in Ireland and finished in Spain.

The Ambassador and Bord Bia hosted the event for the regional directors of Asoprovac, the Spanish Cattle Feedlots Association, building on Bord Bia Madrid’s already strong relationship with the group, which has more than 3,000 members.

This initiative follows on from Bord Bia’s information seminar for Spanish feedlot owners in Córdoba, co-organised with Asoprovac and the COVAP Coop. The COVAP group’s members collectively finish over 22,000 cattle per year, which are slaughtered in the COVAP meat plant.

The event provided Bord Bia with the opportunity to inform the buyers of recent developments in the Irish livestock industry and the importance of the Spanish market as a destination particularly for calves.

The availability of additional Irish cattle for export this year has attracted the interest of local buyers who heard Bord Bia explain that calf registrations in Ireland grew by 120,000 head in 2015, with a similar increase expected this year.

Many of the additional calves will be Holstein Friesian males and dairy-beef crosses, arising from the expansion of the Irish dairy herd.