Bord Bia remote audits: What do farmers need to do? 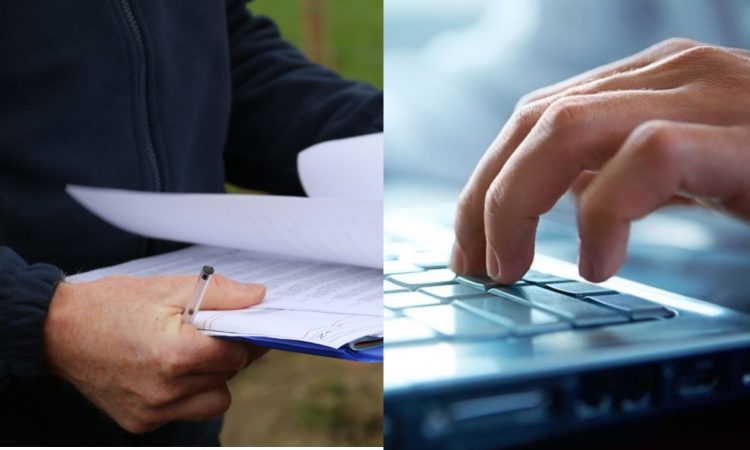 Following on from a series of successful pilot audits, Bord Bia is preparing to conduct remote audits on farms under the Bord Bia Quality Assurance schemes, according to Mick Houlihan.

Houlihan – who is sector manager of the dairy and beef and lamb Quality Assurance schemes at Bord Bia – spoke to AgriLand about the process of remote audits, as well as how it came about.

Noting that Covid-19 restrictions meant that on-farm visits had to be suspended back in March, with certs extended until June, Houlihan explained that extensive work has been done in the meantime to develop a system that would comply with social distancing for when this extension expires.

We have over 50 farms that have gone through the process and we’ve got some good feedback both from auditors and farmers on the process.

“So far, it’s been working well; we’ve tried to come up with a system that’s as simple and as straightforward as possible,” Houlihan told AgriLand.

“While it’s not going to be simple for everybody, it’s the best we could do under current circumstances,” the manager explained.

Farmers who successfully pass the remote audits will be granted re-certification for a 12-month period Houlihan said, adding:

“Those farms then would go through their normal renewal process then once that four-month extension runs out,” Houlihan added.

Commenting on the layout and process of the remote audits that will be conducted, Houlihan said that, firstly, farmers will receive a letter in the post which will include: an explanation of what the remote audit is; reasons why it is being done; and a check list of areas to be covered.

Noting that Quality Assurance auditors will phone the farmers in question after they receive this letter, the manager said:

“The auditors will explain what’s involved in a remote audit and explain what the process will be for the farmer to get information uploaded ahead of a second phone call at a later date – which is essentially the ‘audit’ phone call.”

After discussing what the audit will comprise of, the auditors will agree a suitable time and date with the farmer for the second call, he said.

Once that’s agreed, and the call is ended, the auditor puts in the schedule date on the database and that triggers a text message to go to the farmer. In that text there is a weblink.

Houlihan added that the weblink will bring farmers to the page where they will upload the photographs needed for the audit, which will correspond with the checklist sent out.

“They will be asked to take photos of various things around the yard: the animal house; feed stores; medicine stores; the dairy and the milking parlour on dairy farms; the crush and handling facilities; pictures of the stock on the farm – and then also some pictures on the record side of it, such as: herd register; flock; register; medicine records; feed dockets; and things like that.”

The manager said that there is no username or PIN needed for the weblink sent to an individual farmer as it’s a unique link for that farm.

Farmers select photos from the camera roll, or they can use the camera there and then to take a photo, and that gets uploaded into that particular area. Then they can move onto the next one and work their way through the checklist.

“Once the farmer has that done, it’s just a matter of having that second audit phone call then with the auditor at the agreed date.

“In between that the auditor will look at all of the photos uploaded by the farmer and go through them to make sure that they are happy enough with them.”

Houlihan noted that any follow-up questions will be asked during the second call, with auditors able to score accordingly based on answers given.

The manager highlighted that if farmers have any issues with completing the audit, the Bord Bia help desk is ready and available to assist farmers with any problems they may have.

We’ll be trying to support the farmers as much as we can through the help desk – the staff were involved in giving advice, support and the development of it, they’re there ready and able to help.

“It’s rare that they have failed to help someone. We’ve also done sessions with the milk advisors in the dairy co-ops as well so they’re all up to speed with what’s involved.

“We’d like people to give it a chance and, where they need help, to look for help because the help is there,” Houlihan concluded.