The signing of a new Memorandum of Understanding between Animal Health Ireland (AHI) and Animal Health and Welfare NI (AHWNI) has been welcomed by AHI CEO Dr. David Graham.

The MoU was signed at a joint meeting of the Boards of AHI and AHWNI held in Dublin on Wednesday, February 21. Minister for Agriculture, Food and the Marine Michael Creed oversaw the meeting. 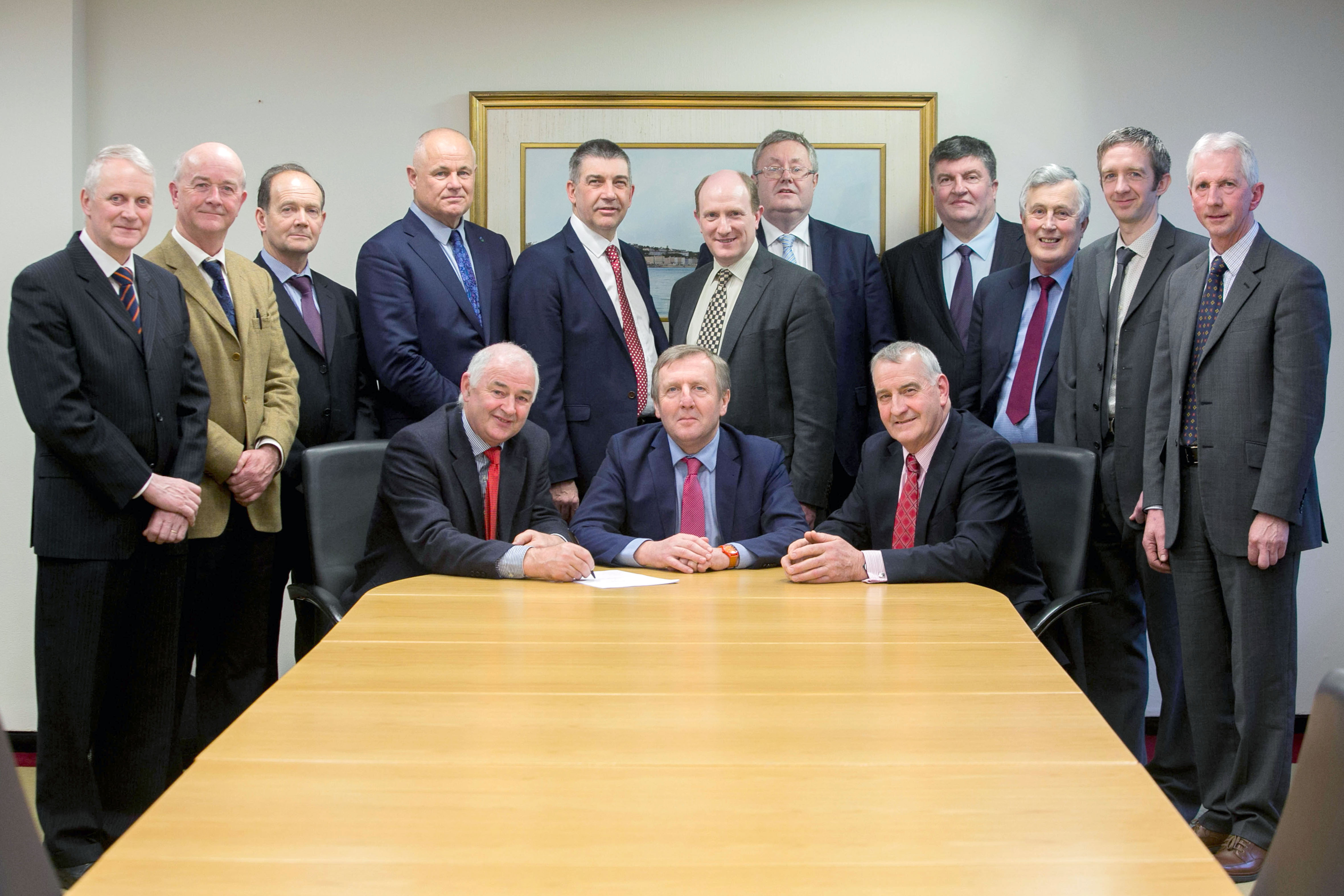 Commenting on the agreement, Dr. Graham said: “The original MoU between the two organisations was signed in September 2012 and this new MoU will facilitate the continuation of the work and relationships developed with AHWNI since then.

It is imperative that we maintain the support the livestock industry on the island of Ireland receives from both organisations in developing options for the control of non-statutory diseases in cattle.

Dr. Graham added that, since the signing of the MoU in 2012, co-operation and the sharing of information and supports across the coordinated programmes of control in terms of BVD and Johne’s Disease have been beneficial to farmers and industry across both jurisdictions – with significant financial savings.

The CEO concluded, noting: “It is envisaged that this new phase will build on the existing work and develop a more robust animal health initiative across the island of Ireland.”