Bog snorkelling as clear as mud 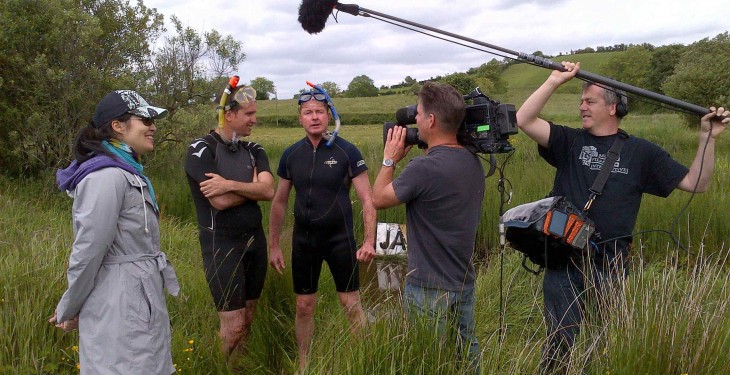 Images of Monaghan and Ireland will be seen by more than 2.8 million people across Canada later this year, after scenes for a popular, primetime TV show, Daily Planet, were filmed here.

A TV crew travelled here from Canada to capture footage for nine segments of the show, which will air to over 2.8 million TV viewers around Canada this autumn on CTV News Channel (Canada’s largest private broadcaster) and Discovery Science Canada. One of the features will include images of the show’s presenter, Daniel Kenneth Riskin, bog snorkelling in Castleblayney.

Tourism Ireland’s manager for Canada Jayne Shackleford said: “We are delighted that Daily Planet has chosen to film nine segments of this popular TV programme here. It is a wonderful opportunity to highlight some of the many things to see and do in this part of Ireland to a huge audience of potential holidaymakers in Canada. Television and film are recognised as strong influencers for prospective holidaymakers and Tourism Ireland regularly works with TV and production companies around the world, to facilitate the making of travel and lifestyle programmes and films around the island of Ireland. The publicity value of a TV programme like this is incalculable – it is a great way of promoting Monaghan and Ireland in Canada, helping to inspire travellers to come and experience the destination for themselves.”