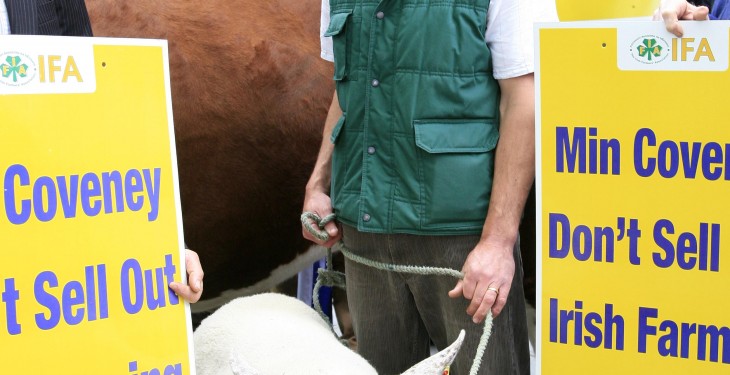 The Irish Farmers Association (IFA) is protesting outside Dail Eireann and the Department of Agriculture on Kildare Street this morning in a final push to ensure CAP Reform productive agriculture proposals.

The protest aims to send a strong message to the Minister for Agriculture Simon Coveney that he must secure a deal that supports productive agriculture and he cannot sell-out Irish agriculture, an IFA statement said. 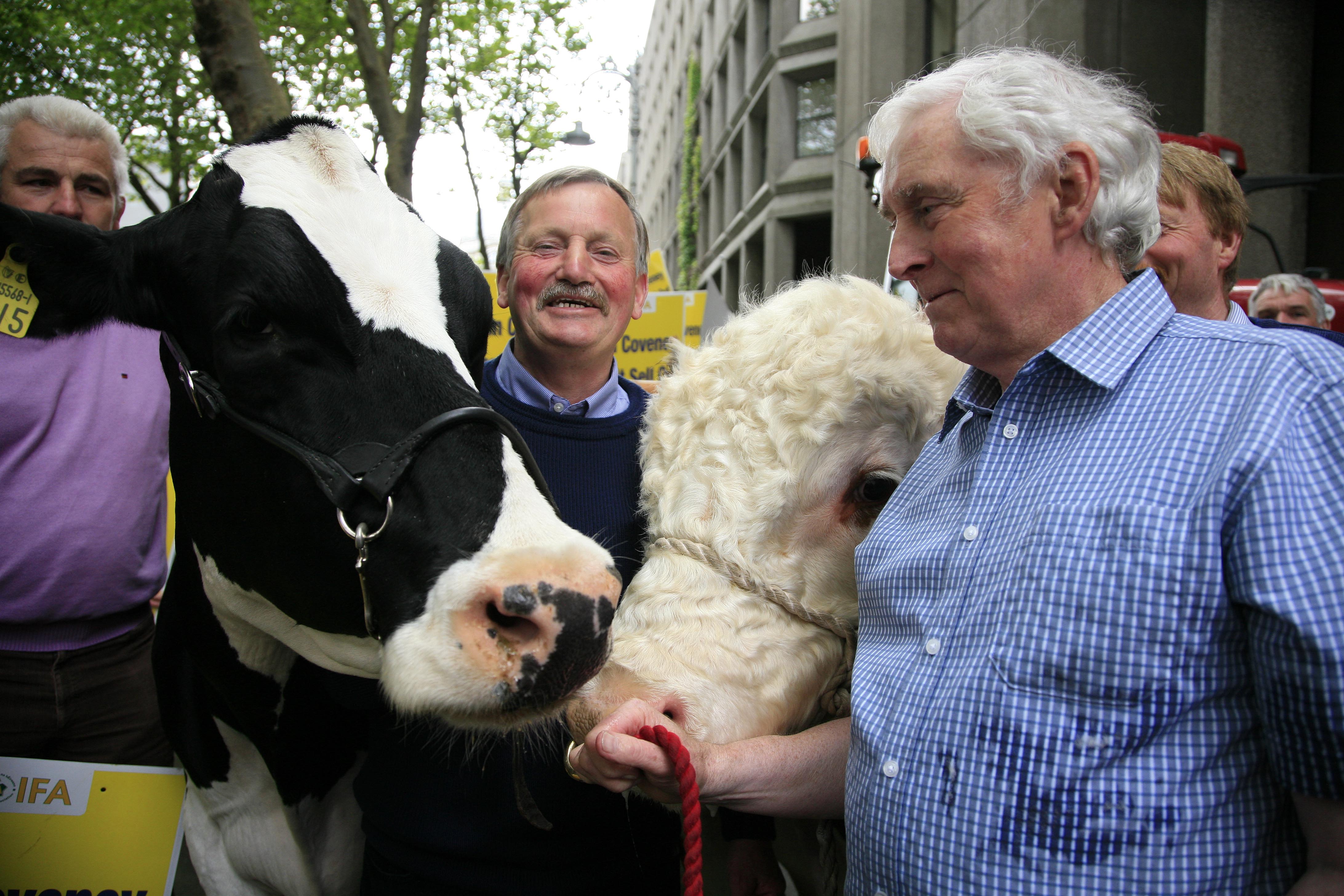 Meanwhile, IFA President John Bryan and a delegation of National Commodity Chairmen are in Luxembourg for the talks, which are likely to conclude a deal for the next seven years.

At a meeting with the Minister this morning, John Bryan again emphasised the importance of safeguarding active, productive farmers in the reform.

“There can be no sell-out of Irish agriculture. The minister must look to other member states to strengthen the alliance that is opposed to Commissioner Ciolos, and defend the livelihoods of thousands of farmers who would face significant disruption if the flawed Commission proposals were to be accepted.”

Addressing farmers at the Department of Agriculture, IFA Deputy President Eddie Downey warned the minister that he must retain the crucial flexibilities that were agreed at the March meeting of the Farm Council. He said: “This week is the defining time for Minister Coveney’s term of office. The future prospects for the sector will be determined by the decisions made in Luxembourg.” Downey added: “The minister simply cannot allow a deal that will devastate productive agriculture. A mandatory minimum payment would destroy the minister’s own approximation model and lead to a level of redistribution that would be hugely damaging for Irish agriculture.  The IFA remains opposed to this and other measures such as flattening, regionalisation or a co-efficient”.

“As it stands, many farmers are facing significant cuts. The Minister’s primary focus must be on defending Irish farmers and refusing to accept a deal that could disrupt productive agriculture even more.”

Main Picture: Philip Maguire from Gelncullen with his sheep outside the Dept of Agriculture/Image Karen Morgan Photography