The Beef Plan Movement has this morning, Friday, September 20, called for “whistleblowers from within the beef industry to come forward”.

A statement from the group said: “Farmers deserve to be told the truth.” The movement has also stated that it is requesting the Minister for Agriculture, Food and the Marine, Míchael Creed, to “immediately organise the convening of the Beef Task Force”.

During the recent negotiations, part of the agreement outlined the setting up of a new Beef Task Force to discuss and address difficulties in the beef industry.

The task force is to be chaired independently with one representative from each farm organisation to attend discussions.

The Beef Plan has said “it is is ready and willing” to take its seat on the new task force.

The Beef Plan has already requested that Minister Creed and farm organisations convene the task force, so that it “can continue to bring about greater transparency to the industry”.

Continuing, the statement acknowledged the importance of President Higgins’ comments this week, where he acknowledged that farm families are finding it difficult to remain sustainable.

The group further welcomed comments from Taoiseach Leo Varadkar where he confirmed the obvious solution to price discussion was for farmers to join a “producer organisation”.

Concluding, efforts by the Tanaiste Simon Coveney “to bring about an end to the current crisis by asking all parties to give the Beef deal a chance” and Minister Creed for his efforts for organising last weekend’s Beef talks, were all supported by the Beef Plan Movement. 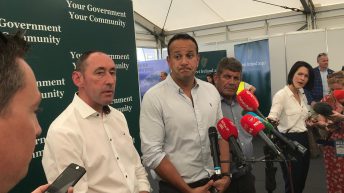