The national beef kill is back 60,388 head on the corresponding period last year, figures from the Department of Agriculture show.

Cattle throughput for the week commencing September 28 was 31,155 head, back 3,339 from the 34,494 head that went to factories for the corresponding period last year. 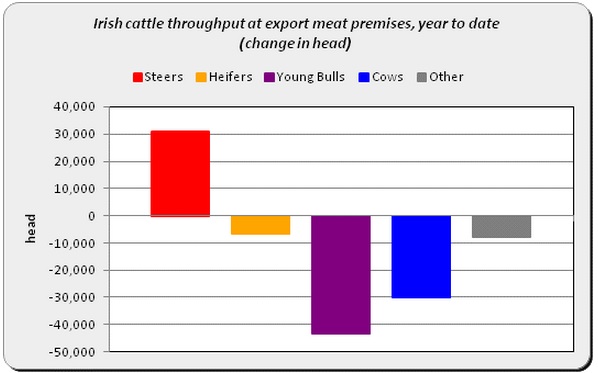 Weekly throughput of cows to Irish plants is also down, 402 head, on the corresponding period last year while bull throughput is up, by 101 head.

The young bull kill is up 52 head on the same week last year with the young bull throughput last week standing at 1,702.

The majority of beef processors are now sitting at 350c/kg for R grade cows, but the quotes offered range from 350-385c/kg.

At present, factories are offering 340-345c/kg for the plainer O grade dairy type cows, while farmers are being offered 330-335c/kg for the P type lots.

Agriculture sector accounts for over half of work-related vehicle deaths

Agriculture sector accounts for over half of work-related vehicle deaths