Located in Grange, Co. Meath, the Derrypatrick Herd is a suckler-to-beef operation. Its primary objective is to evaluate suckler calf-to-beef production systems, with the farm stretching across 65ha carrying a stocking rate of 3.0LU/ha.

The herd itself consists of 100 suckler cows, with male progeny finished as steers at 24 months, while heifers are brought to beef at 20 months-of-age.

Current research is based on high replacement index versus high terminal index sires, and the subsequent progeny’s terminal performance evaluation.

“It is really hard to see if you are going down the breeding replacement heifer route, will you take a hit on the bullock carcass or will it perform as well as if you went down the terminal route,” research technician Michael McManus said.

Other research involves the evaluation of incorporating white clover into perennial-ryegrass swards.

The first group of cows and calves were turned out to grass on February 15 and the calves were last weighed mid-September.

The heifer calves weighed 262kg on average, with an average daily gain (ADG) of 1.16/day from birth, while their bull comrades weighed an average of 290kg, with an ADG of 1.31kg/day; the mean calving date was March 15.

The bulls were castrated in mid-August; it is carried out at this time to reduce the stress on the calves, normally when the weather is good and weaning has not yet commenced.

“We’re hoping for a target weaning weight of 290kg for the heifers and 320kg for the bulls,” Michael said.

Calves are currently creep grazing ahead of the cows, allowing these animals an allocation of fresh grass first, before paddocks are grazed out by the cows.

Michael plans to commence weaning this week by leaving calves in the paddock and drafting away the cows. 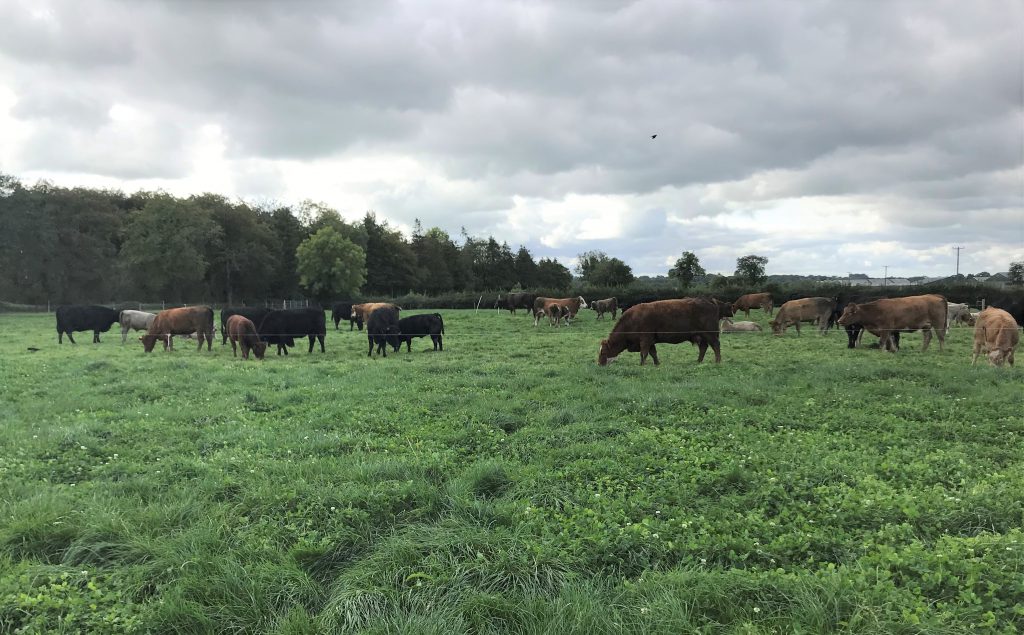 2018-born calves were turned out mid-February, but were re-housed two weeks later due to adverse weather conditions. Grazing resumed mid-March and these animals remained out full-time since then.

When the 19-month old heifers were weighed in mid-September, these animals had gained 1kg/day – on average – from turnout and averaged 555kg, while steers gained 1.1kg/day and weighed 600kg on average.

In addition, 19 heifers are due to be slaughtered this week and are currently on 4kg of meal, aiming for a 320kg carcass under 20 months-of-age. 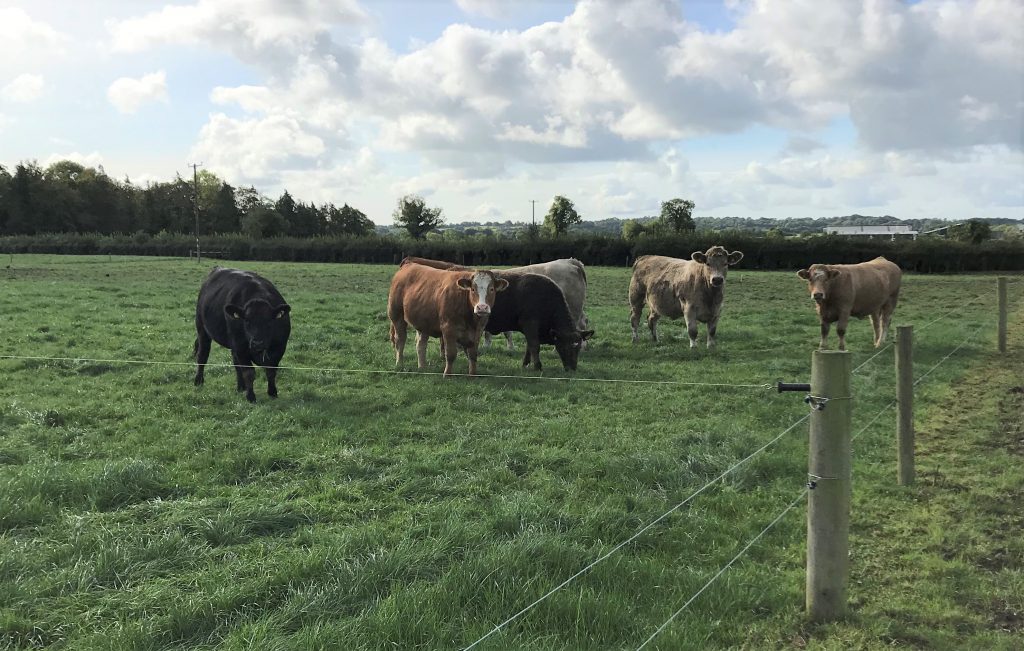 Some of the early-maturing steers and heavier bullocks have been drafted out and these are currently on 3kg/day of meal.

This will be stepped up to 5kg/day with the aim of finishing before Christmas, killing into a 380-400kg carcass. 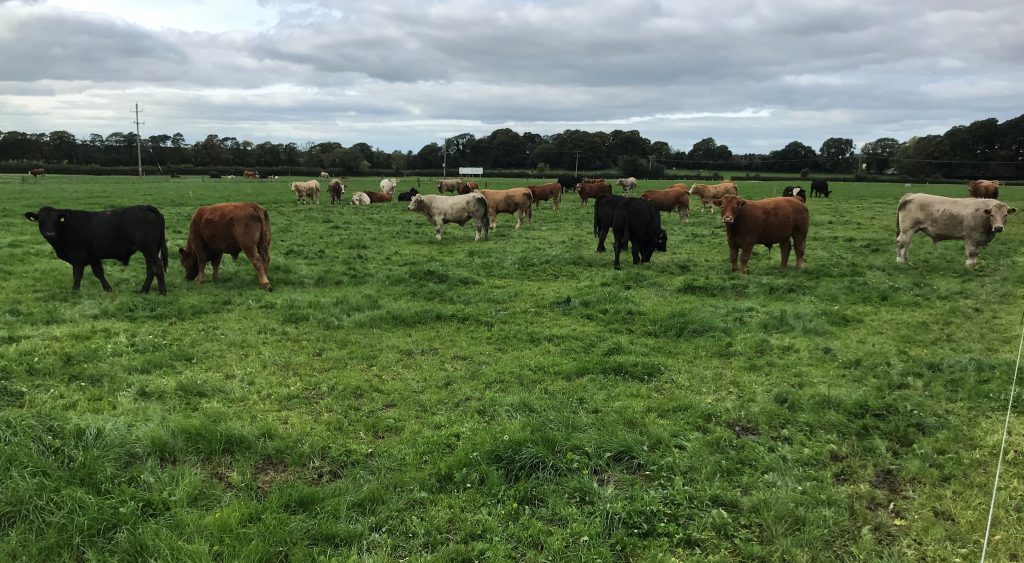 The remaining bullocks (30 head) will be left out for as long as possible and finished in mid-January under 24 months-of-age.

Angus sires are used on replacement heifers which all calve down at 24 months. The AM:PM rule is implemented, so anything that is seen in heat in the morning will be served in the evening, while any animal that is bulling in the evening is served the following morning. Tail paint and teaser bulls are used to aid heat detection.

Ground conditions have become trickier with heavy rainfall. The average farm cover (AFC) stood at 1,173kg DM/ha, with a demand of 50kg DM/ha.

This demand will decrease when the heifers are slaughtered and other animals are housed.

This will depend on grazing conditions and techniques such as block grazing will be used to graze the clover-rich swards. 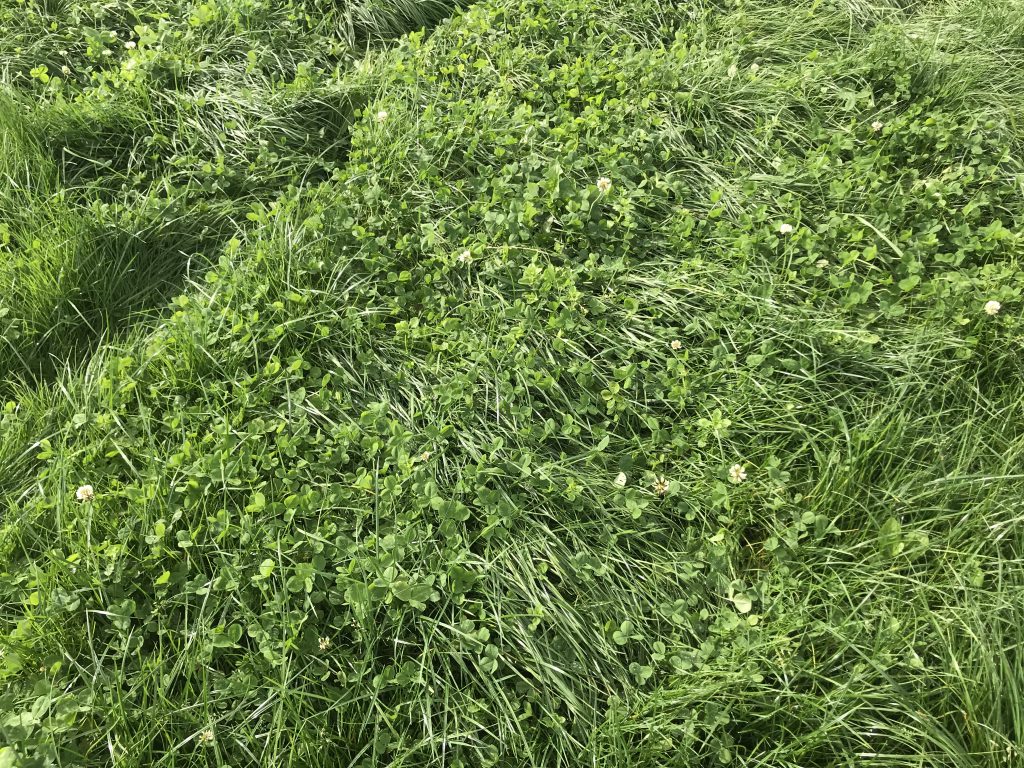 No reseeding took place on the farm this year due to a high stocking rate. All going to plan, a proportion of the paddocks will be reseeded in spring 2020 if conditions are favourable.