UK proposals ‘not something we can accept’ – Barnier 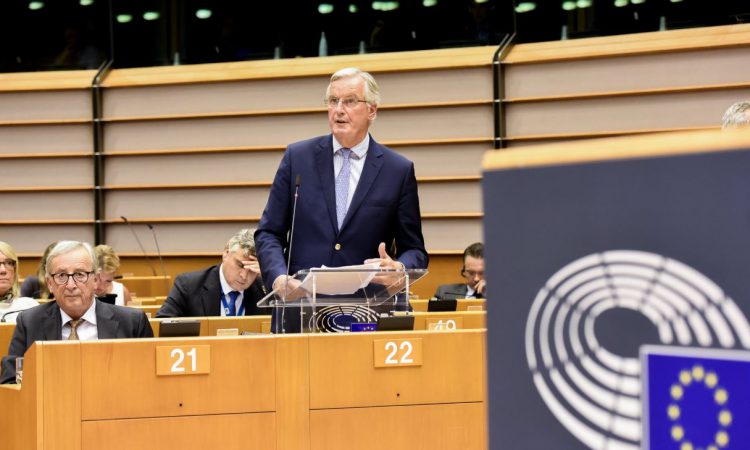 Michel Barnier, the EU’s chief negotiator with the UK for Brexit, has said that proposals put forward by Boris Johnson’s government last week to replace the backstop “are not something we can accept”.

Speaking in the European Parliament today, Wednesday, October 9, Barnier said that the UK proposals, as they currently stand, could not be accepted, as they would “replace an operational, practical, legal solution [the backstop] with a hypothetical and provisional solution”.

However, Barnier ended his speech on a more hopeful tone, saying that “even though it may be very difficult, if there is good will on both sides, an agreement is still possible”.

According to Barnier, the British proposal could not be accepted by the EU as the latter had “serious concerns”.

The proposals from the UK, delivered last Wednesday, October 2, outlined a plan whereby physical border checks would not take place, but instead there would be a “small number” of physical checks at traders’ premises located anywhere in Ireland or Northern Ireland, while the majority of checks will be carried out electronically.

However, Barnier said these plans have “not been properly developed or tested”.

“In order to resolve the issue of custom checks, the UK is simply proposing to take measures so we avoid any physical infrastructure on the border between Ireland and Northern Ireland. Obviously we too want to achieve this objective of the backstop,” he added.

But what we’re being asked for, in reality, is to accept a system that hasn’t been properly developed or tested, where there will be controls spread throughout Ireland.

Barnier went on to say that the UK proposals would “largely be based on exemptions and derogations; on technology that has yet to be developed; changes to international law through the Common Transit Convention; and a new compliance system”.

He also raised concerns over what impact the UK proposals would have on the political declaration for the future relationship between the country and the UK.