Beef focus: Running a dairy and a 100-head finishing operation in Co. Waterford

Beef focus: Running a dairy and a 100-head finishing operation in Co. Waterford

Farming in Knockavalla, Co. Waterford, Noah Power and his father Edward, run a dairy and beef operation, milking a herd of predominately Holstein/British Friesian cows, bringing all progeny to slaughter.

This is not your everyday dairy farm, where everything bar replacement heifers are sold as calves at a young age.

Noah (22) and Edward use Aubrac genetics in an effort to produce a calf that is suitable for beef production in terms of carcass weight and conformation.

In the past, Edward ran a herd of 50-60 dairy cows, consisting of breeds such as: Holstein and British Friesian; Norwegian Red; Montbeliarde and Rotbunt.

The beef finishing system always operated alongside the milk production enterprise and additional calves were purchased and brought through to slaughter. All replacement heifers for the dairy side of the house were purchased off-farm.

When Noah completed his Leaving Certificate, he enrolled on a two-year course in Kildalton Agricultural College where he studied both dairy and beef. 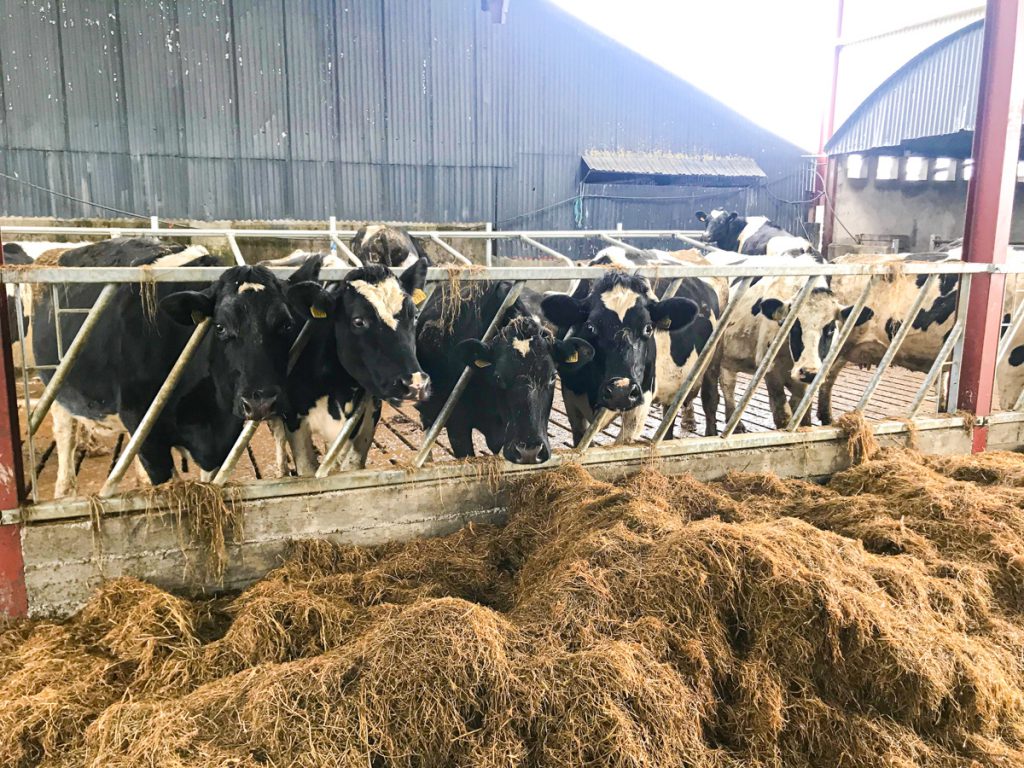 In 2018, Noah returned to the family farm with 80 cows passing through the parlour twice daily and the father-and-son duo stopped purchasing calves – from outside farms – for the beef operation.

This year, the number of cows increased to 90 – under a spring and autumn-calving system. However, winter milk production has entered its final stage and a spring-calving system will be employed going forward; 120 cows will be milked in 2020.

As mentioned above, there were and are various breeds involved in the dairy operation. However, the young farmer has a preference.

“I like a good Holstein/British Friesian cross; a lot of our best cows are a ’50:50′ cross. I want a good square, solid cow; not too small, not too big,” Noah explained.

“I have to look at the beef characteristics and traits. I can’t just go for milk because cows are too narrow and the beef traits are shocking.”

Aubrac genetics were introduced by Edward 10 years ago. An Aubrac stock bull – Altamont Everest – currently resides on the farm and is used during the breeding season.

The best of the bull calves are finished under-16 months, while the remaining bulls are finished at 19-21 months-of-age. Aubrac-cross heifers are normally slaughtered at the two-year mark. 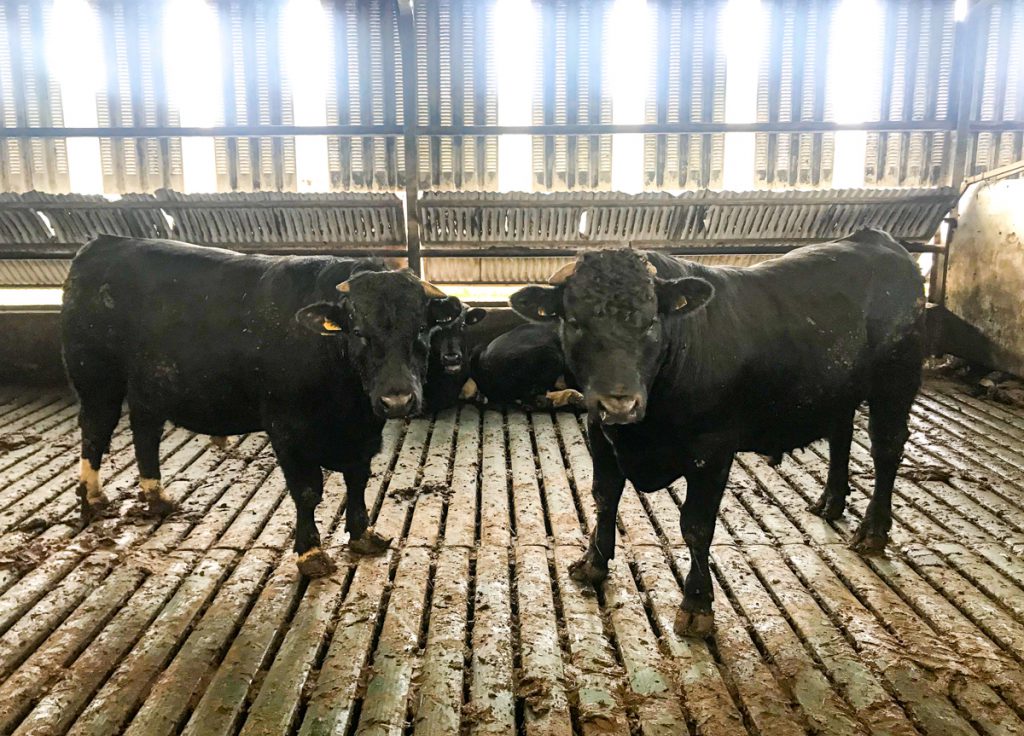 This was the first year that the bulls were pushed on to be finished under-16 months. While Noah was happy with the performance of these animals, it will depend on market and factory demand whether this production system will continue in the future.

“We are happy with the beef at the moment; obviously, we would like prices to be better, but if we can keep getting the bulls away it would be great, but the outlook is not great. If we can’t go with the bulls, we’ll have to castrate them,” Noah outlined. 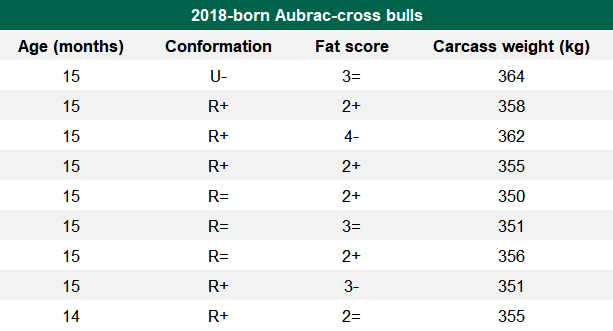 Discussing calving difficulty, he said: “He is a continental bull; there’s no ifs or buts about it. Every single calf is not going to fall out of the cow, but the majority of calvings are fine.

“If you have a good strong cow you are generally safe. The majority of cows calve unassisted on their own,” adding that they suit the system run on the Waterford holding.

Finishing bulls are fed grass silage ad-lib and are pushed on gradually until they are consuming 6kg of concentrates, while heifers go back to grass for a second grazing season before being housed and finished at approximately 24 months. 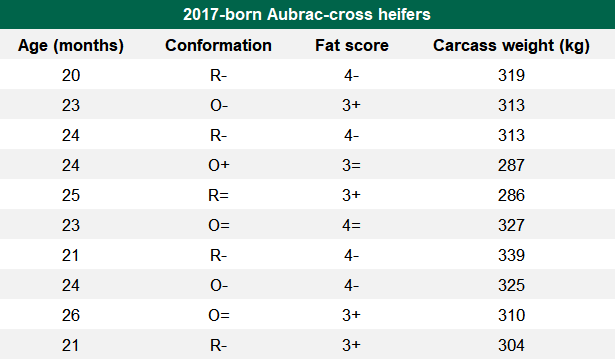 While the farm has undergone a number of changes in recent years in terms of cow numbers, Noah outlined that the 120-cow herd is the finishing line, while also keeping on the cattle enterprise.

“We don’t want to turn to an all milk system – especially looking at the calf situation now. We want the two systems to run side-by-side, and that way we don’t have to sell calves into a difficult market.

“This way, we are isolated from calf price and, if we can keep finishing the bulls, we’ll be flying; I have no ambition to move away from the cattle. 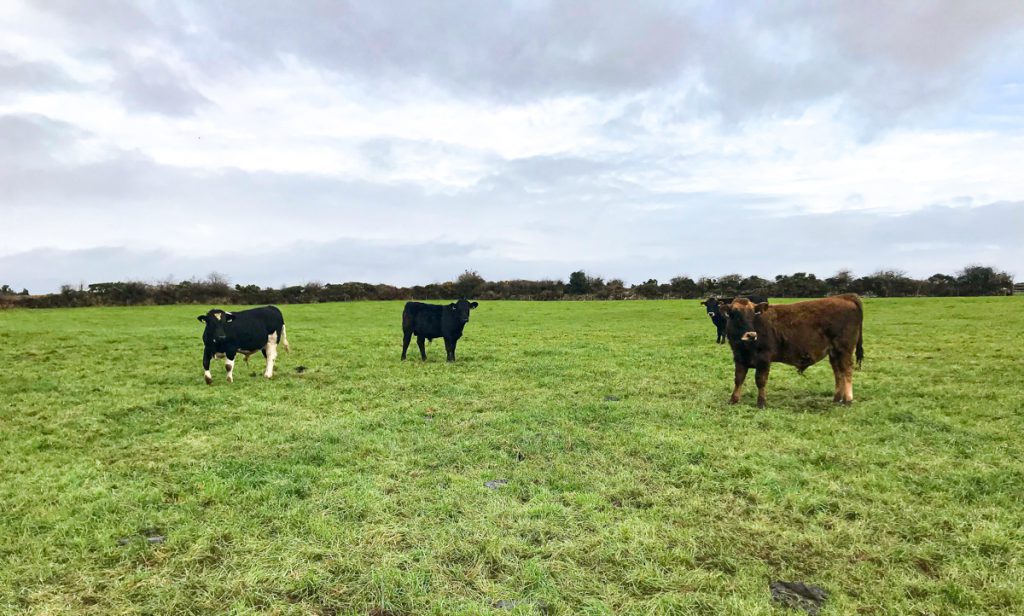 “It’s too much investment to solely go into more cows. Huge amounts of money would need to be spent and, at the end of the day, I don’t know if we’d be better off,” he concluded.